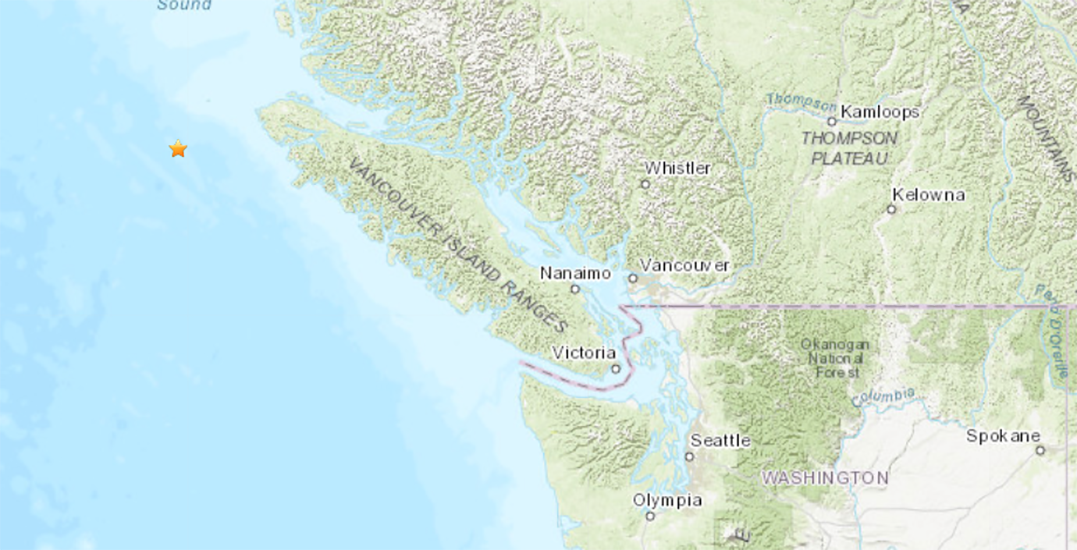 A magnitude 5.2 earthquake struck the coast of Vancouver Island on Friday evening. (USGS)

A magnitude 5.2 earthquake has struck the coast of Vancouver Island.

According to the US Geological Survey (USGS), the seismic event took place on Friday evening at 7:14 pm PST in the Port Hardy area.

Earthquakes Canada says that there are no reports of damage and no tsunami expected.

The USGS says that the earthquake had a depth of 10 km. It struck 307 km west of Campbell River and 295 km northwest of Tofino.