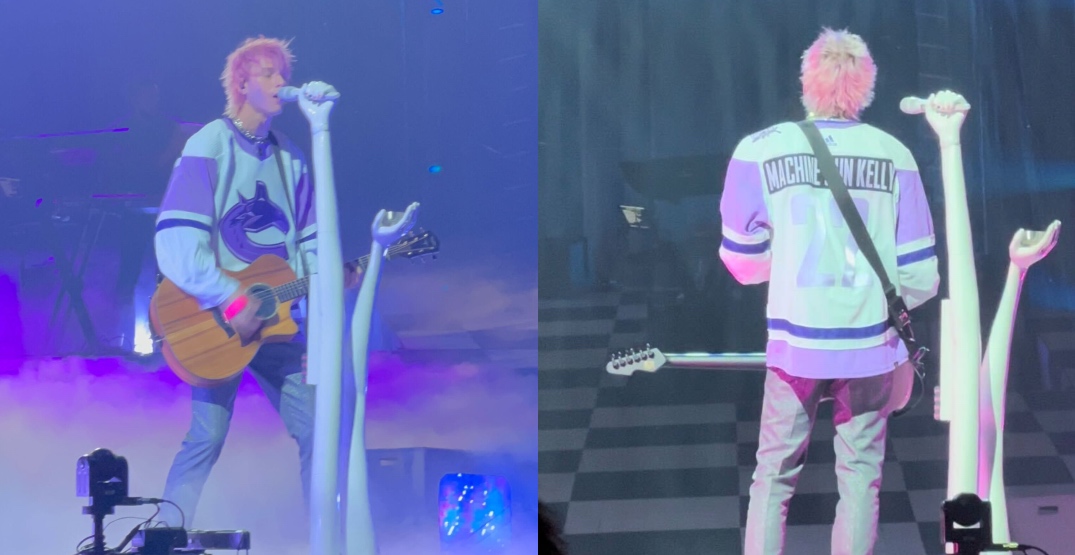 Talk about fan service! Machine Gun Kelly just brought his Mainstream Sellout Tour to Vancouver, and at his show on Saturday, July 23, he was spotted on stage repping the Canucks.

MGK wore a Canucks Hockey Fights Cancer jersey, the kind worn by the team during warmup for of the annual fundraising initiative.

And MGK’s name was added on the back in white letters on a black background. The white and light-purple jersey perfectly matched MGK’s “Life In Pink” aesthetic, from his hair to the helicopter he flew in on.

At the show MGK praised Vancouver’s vibe, and it’s weed, saying he loved the city. It seemed like every punk rocker in the city came out for the show as close to 12,000 packed Rogers Arena to see the star – even on fireworks night!

Described as a genre-bending performer, the multi-platinum selling artist has amassed over 15.5 billion streams online and sold over 10 million albums. MGK’s next big Canadian performance will be at Osheaga in Montreal on July 31.