Lyft has expanded its operating region, becoming the “first and only” ride-hailing company to operate in all of Metro Vancouver.

The company says that as of Thursday, July 9, they will begin operating in Pitt Meadows, Maple Ridge, Belcarra, Langley, Lions Bay, and Bowen Island.

When Lyft last expanded their operating region in early March, those locations were the only remaining areas of Metro Vancouver in which the company didn’t operate.

“Lyft has heard from both riders and drivers that there’s a significant appetite to serve a larger region,” reads an emailed statement from the company. “Mayors of these communities have also been keen to have an additional transportation option for their residents.” 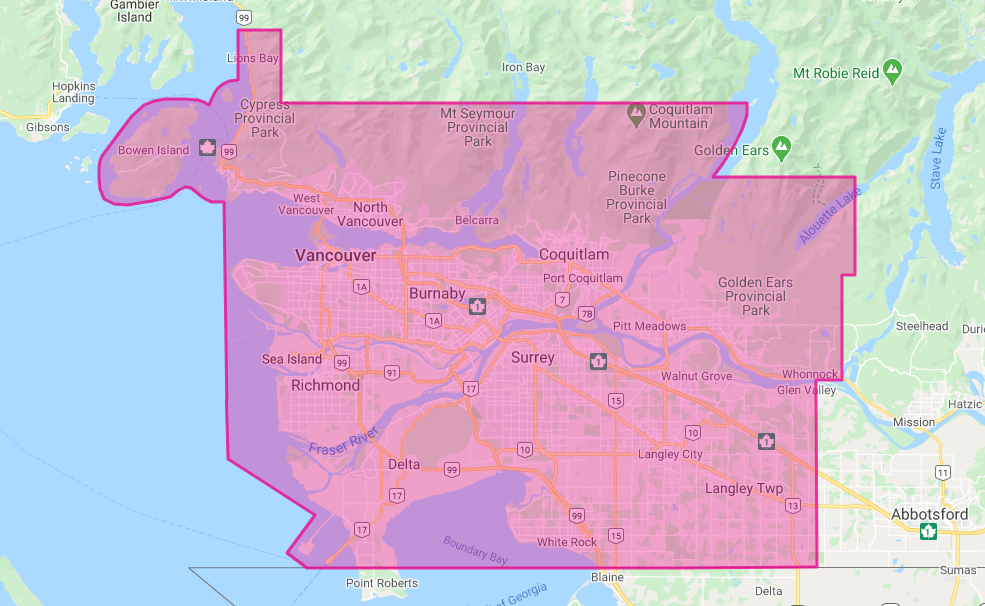 Pitt Meadows Mayor Bill Dingwall says that the expansion is something that residents have “been eagerly awaiting,” adding that it will help reduce impaired driving in the area.

Ted Lee, acting CEO of Tourism Vancouver, says that the move will help transportation around the region, especially with the rise of in-province travel.

The ride-hailing company says that they’ve seen a dramatic increase in riders since the start of Phase 2 of economic reopening, including a 500% increase in rides to restaurants and bars and a doubling of trips to public transport and ferry terminals.