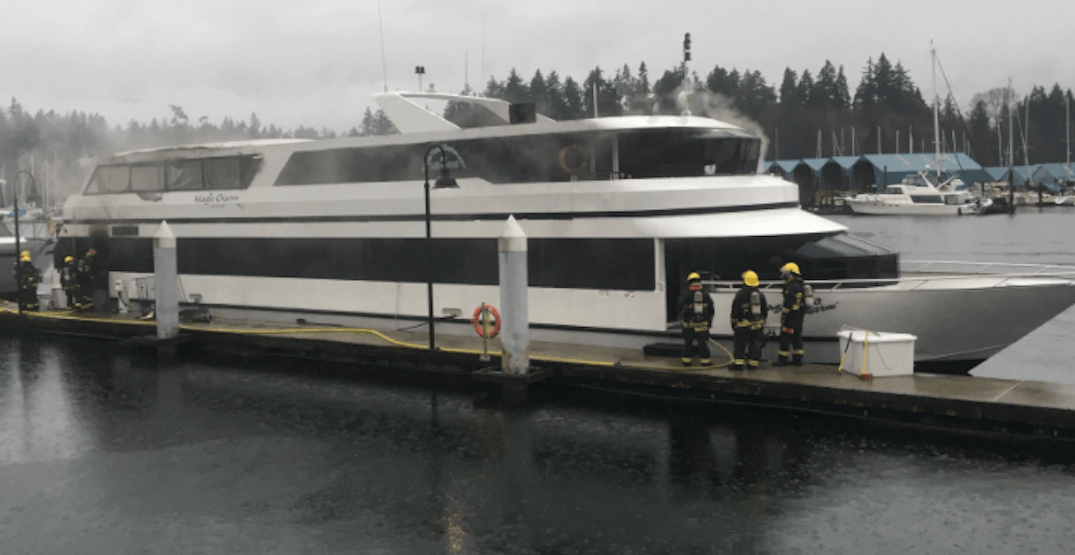 It was a smokey start to the day this morning for some Coal Harbour residents and businesses, after a 60-ft. luxury yacht, that was moored in the neighbourhood’s marina, caught fire.

Fire crews responded to the scene just before 7 am, and while the air was filled with smoke, no injuries were reported.

In a tweet, Vancouver Fire Rescue credited “a fast attack and a coordinated response” with helping to keep the blaze contained and extinguishing the flames.

A fast attack and coordinated response with FIREBOAT 3 kept this fire aboard a moored 60’ vessel from spreading. Amazing work by the teams & thanks to on scene partners @VancouverPD @BC_EHS @bchydro #vanworkingfire #vanfireboat pic.twitter.com/JcMZlfccsg