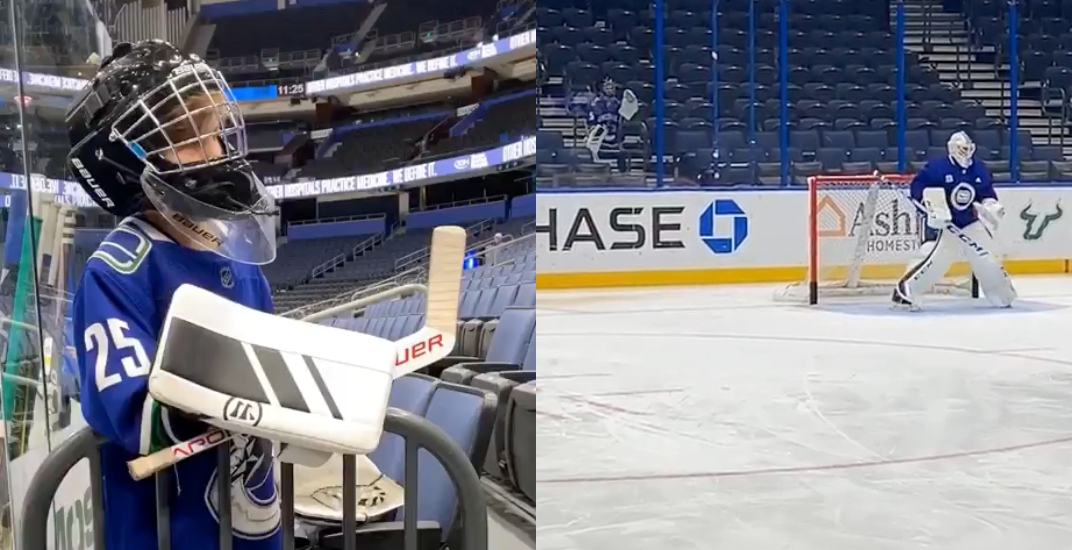 Jacob Markstrom has no shortage of fans these days.

Named to his first-ever NHL All-Star Game last week, Markstrom is playing the best hockey of his career. With a 15-11-3 record and a .919 save percentage, the 6-foot-6 Swedish netminder has arguably been the Vancouver Canucks’ MVP this season.

One of Markstrom’s biggest fans showed up to practice in Tampa Bay on Tuesday. A young fan got to say hello to Markstrom before he hit the ice, with the Canucks goalie asking the kid: “You ready for practice?”

Boy was he ever. The youngster, decked out in a Markstrom jersey, complete with a goalie mask, stick, glove, and blocker, followed his hockey hero closely from the stands.

And I mean followed. The young fan mimicked Markstrom’s every move from behind the net, providing quite easily the most adorable moment of the season so far.

See it for yourself, courtesy of the Canucks social media team: