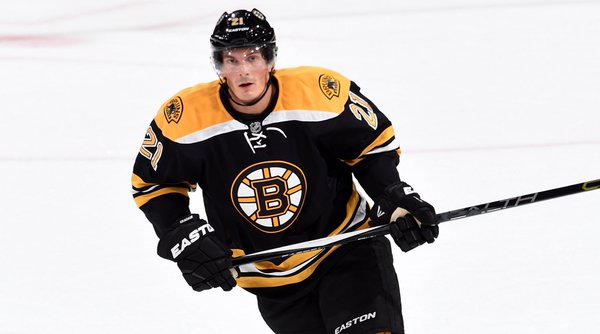 The Vancouver Canucks have signed a prized free agent, inking Loui Eriksson to a six-year deal worth $6 million per season. The deal leaves the Canucks with $4.2 million in cap space.

It’s interesting to note that Eriksson’s salary is being paid primarily in the form of signing bonuses. This will help protect Eriksson in the event of an owner’s lockout, as signing bonuses need to be paid regardless.

Eriksson is a 6-2, 183-pound right winger, who put up 63 points (30-33-63) in 82 games last season. A fellow Swede, Eriksson has experience playing on the same line with Daniel and Henrik Sedin with the Swedish national team.

Eriksson is expected to play with the Sedin Twins at the World Cup. Early work on chemistry. #Canucks

Jim Benning is familiar with Eriksson from his days in Boston. Eriksson was the key piece acquired from Dallas in the Tyler Seguin trade in 2013.

“Loui is an excellent two-way forward, an elite scorer and playmaker with great defensive instincts,” said General Manager Jim Benning in a media release. “He is an accomplished player who helps our team now and in the future as a leader and role model for our young players to follow. We’re excited to have Loui join our team and help us compete every night.”

Eriksson has elite talent, as evidenced by three straight 70-point seasons with the Stars. His production slid in his first two years in Boston, but he really seemed to find his stride in year three.

Eriksson’s offensive ability is matched by his prowess in the defensive zone. An excellent skater, he’s truly a two-way player, which makes him a good fit with the Sedins. Eriksson will fit onto the Canucks’ first line, their first power play unit, and he’ll kill penalties too.

Vancouver was rumoured to be interested in bringing Milan Lucic home, but the native of East Van chose Edmonton instead, signing a seven-year deal worth $6 million per season.

The Canucks will get good value on Eriksson early in this contract, but how the later years look will depend on how he ages. Eriksson will turn 31-years-old this month. He’ll be 36 in the last year of this deal.