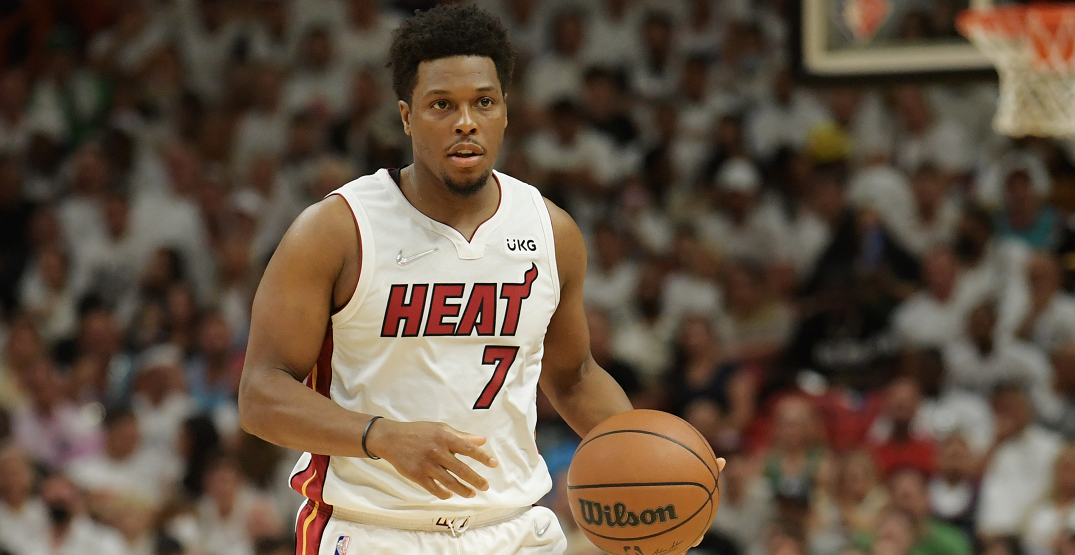 It’s safe to say the first season for Kyle Lowry with the Miami Heat didn’t go exactly according to plan.

And while his Heat fell 100-96 in a Game 7 in the Eastern Conference Finals to the Boston Celtics, year one in Miami wasn’t exactly the easiest for Lowry on and off the court.

In the playoffs, the 36-year-old point guard was dealing with a nagging hamstring injury that contributed to him missing eight games as well as four of 10 games he did play where he scored less than 10 points.

In the regular season, Lowry took a personal leave from mid-January to February for undisclosed reasons, playing 63 of a possible 82 games on the season as a whole.

"Honestly, it was a waste of a year."

Lowry wouldn’t make excuses for the injury but did speak about not performing at his best.

“It’s been a wild season for me individually,” Lowry said. “My personal life has been a bit different for me this year, but I’m given an opportunity to play basketball, and anytime I get a chance to play I’m really happy to do it. I will never make an excuse about injury. I was out there… I wish I would have been able to play a little bit better and at a higher level, but I didn’t, and that just adds fuel [as motivation for next season].”

As for next season, Lowry is in the second year of a three-year deal with the Heat, with $57 million guaranteed over the next two seasons. Finishing this season with 53 wins and the top seed in the Eastern Conference, the Heat are expected to be among the NBA’s top teams once again.

“I think it helps,” Lowry replied when asked about his familiarity with the Heat’s system and his teammates. “I think everything helps. We have some continuity with the team and understand who you’re going to be there with and tendencies understanding the offense, terminologies, defensive schemes, offensive schemes, emotions, personalities, it definitely helps. We look forward to the opportunity of getting better over the summer and getting back to this opportunity.”

The Celtics and the Golden State Warriors begin the NBA Finals on Thursday night, with Game 1 set for 6 pm PT/9 pm ET.