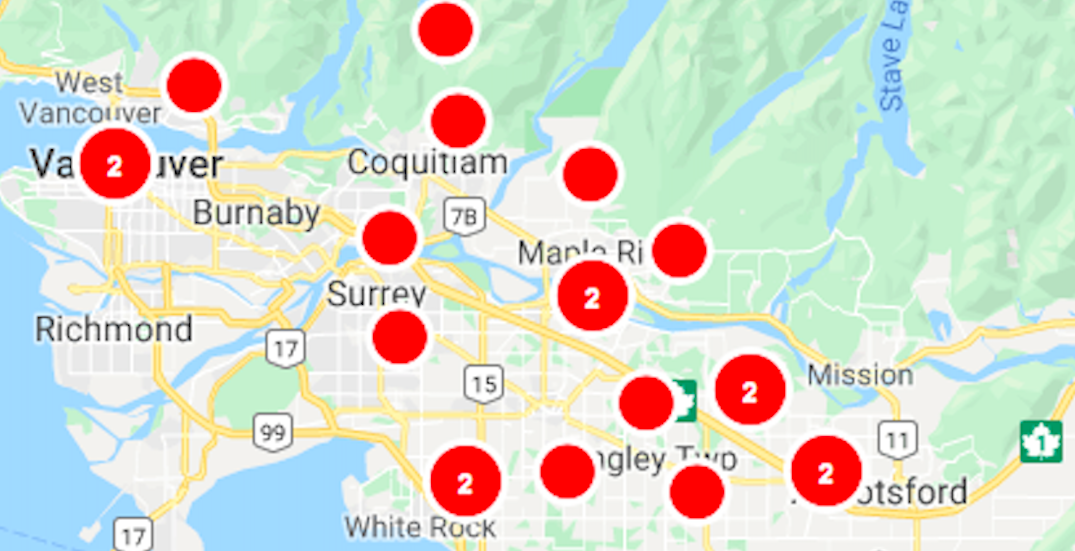 As the winter storm across the Lower Mainland continues to cause headaches on the transit and ferry systems, over 12,000 people in the region are now dealing with a power outage as well.

The outages are affecting BC Hydro customers from as far east as Chilliwack to as far west as West Vancouver, and as far south as White Rock.

In total, BC Hydro said there are 26 different outages in the region affecting a total of 12,675 customers.

The closure comes as Environment Canada’s snowfall warning remains in effect for the Metro Vancouver region.

The wet snow began falling Thursday evening, and Environment Canada says “total accumulation will be highly dependent on elevation and proximity to the water.”