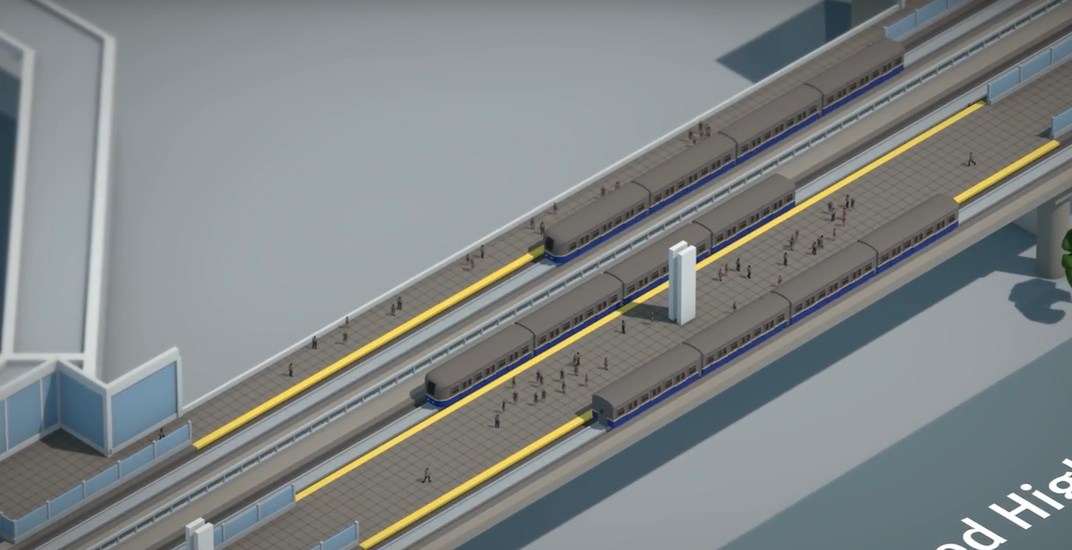 There will be major directional changes to the platforms of SkyTrain’s Lougheed Town Centre Station starting Monday, June 25.

TransLink announced today passengers boarding the Millennium Line from the station will need to board the trains at different platforms to arrive at their desired final destination.

For Millennium Line’s westward trains bound for VCC-Clark Station, passengers must wait at Platform 3 – the new northern platform, closest to Lougheed Mall, recently built as part of the Evergreen Extension.

As for Millennium Line’s eastward trains travelling towards Lafarge Lake-Douglas Station, passengers must wait at Platform 1, which is the southernmost platform furthest from the mall.

Platform directions for the Expo Line will not change. 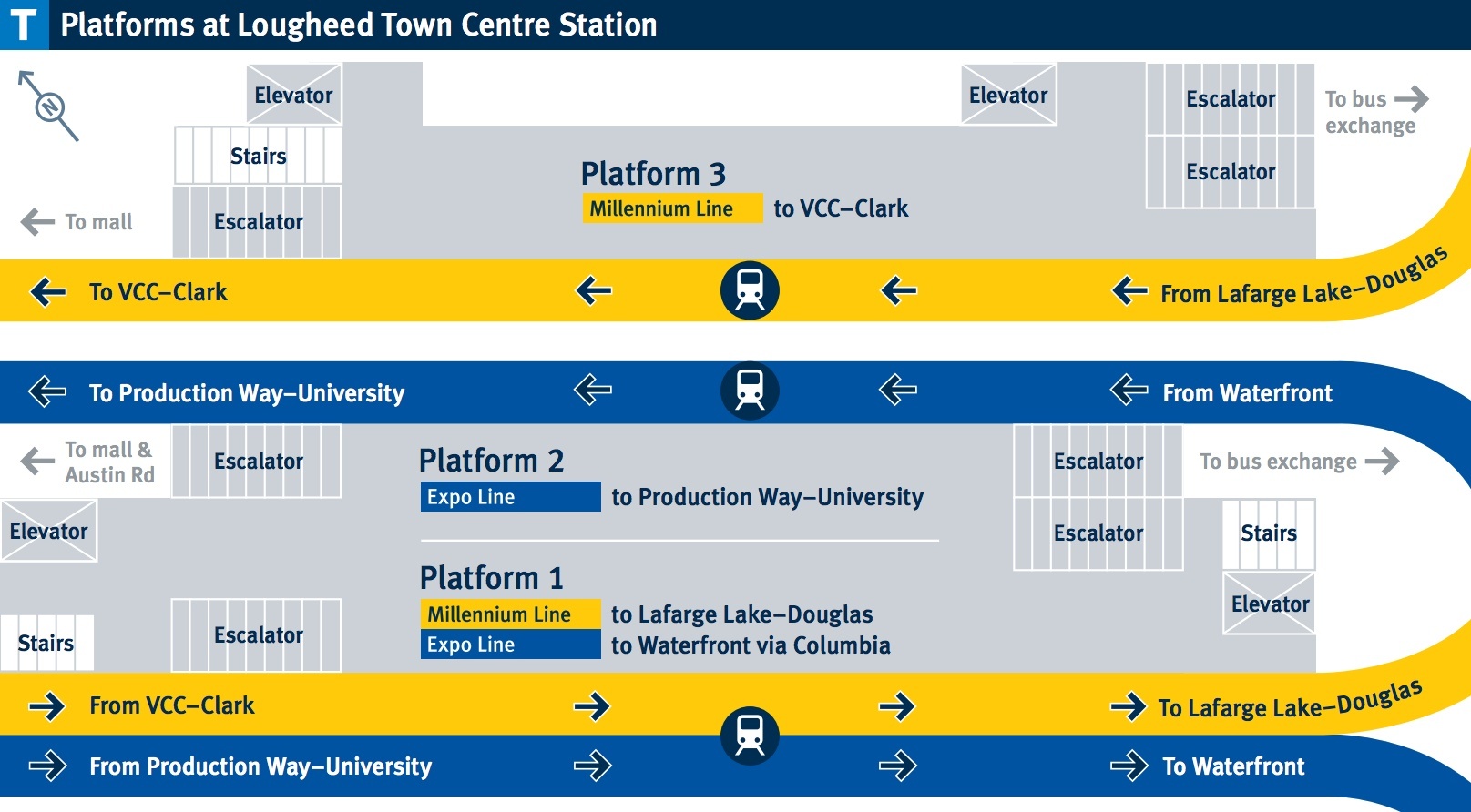 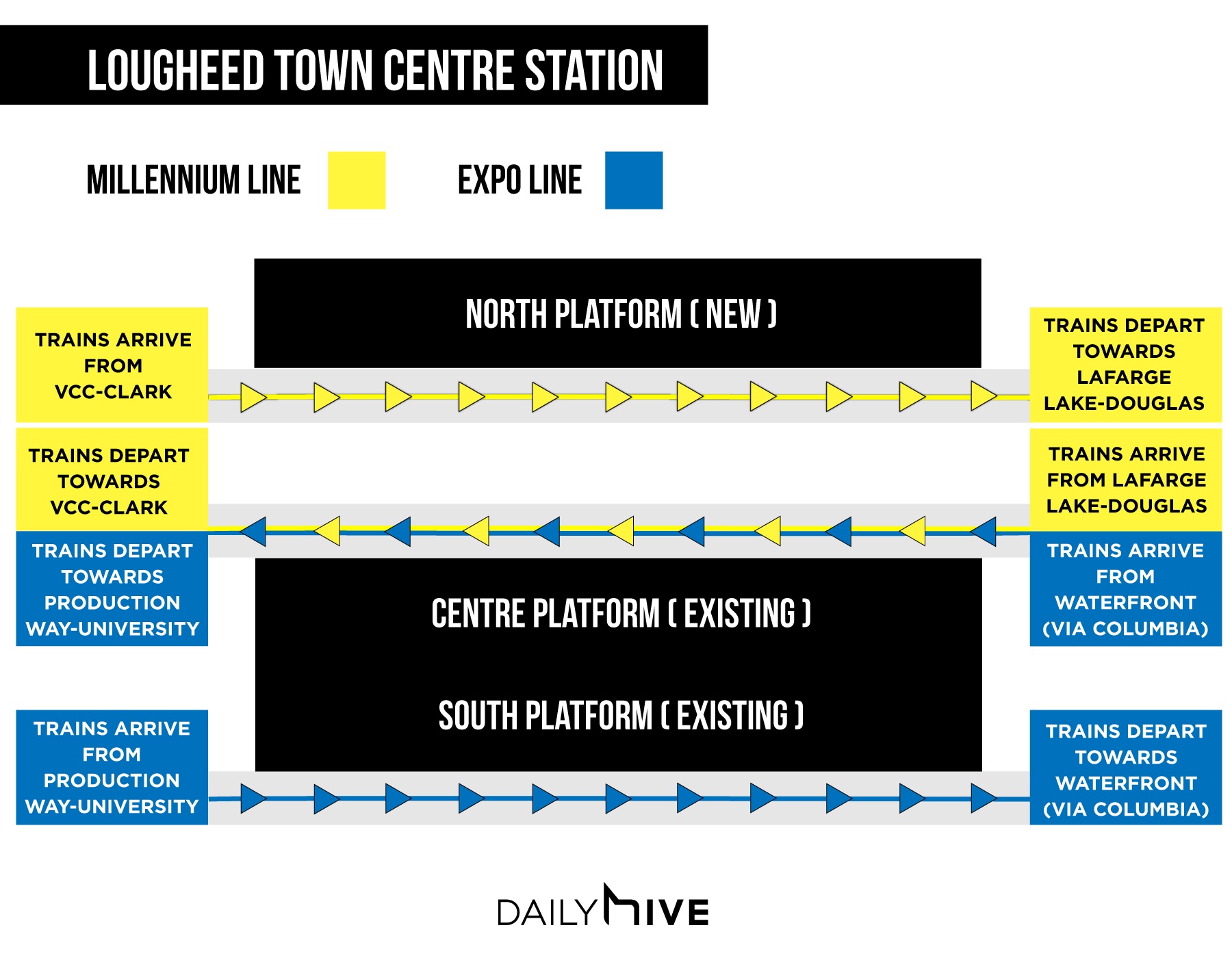 According to TransLink, the existing train movement patterns through the three-platform station requires trains to switch tracks several times before and after the station, and this has resulted in delays.

“This pattern was the best and easiest option to implement for the launch of the Evergreen Extension,” said the public transit authority in a release.

“Having monitored train operations since then, we are confident we can move to a new pattern with minimal disruptions and operational risks. Once the change is in effect, trains will proceed more directly and efficiently through the station, resulting in a faster and more reliable trip for customers.”

TransLink says there will be a customer-awareness campaign ahead of the changes, such as train and platform announcements, station signage, and additional on-site SkyTrain attendants.

Lougheed Town Centre Station is SkyTrain’s eighth busiest station with an average of 15,100 passengers per day in 2016.