The Lotto Max jackpot is set to soar next week after no winning ticket was sold for Friday night’s $44.8 million draw.

According to OLG, two tickets came close, having matched six out of seven numbers needed, plus the bonus, for a prize of $126,727.80 each.

Still a nice chunk of change, winnings pale in comparison to the big prize. 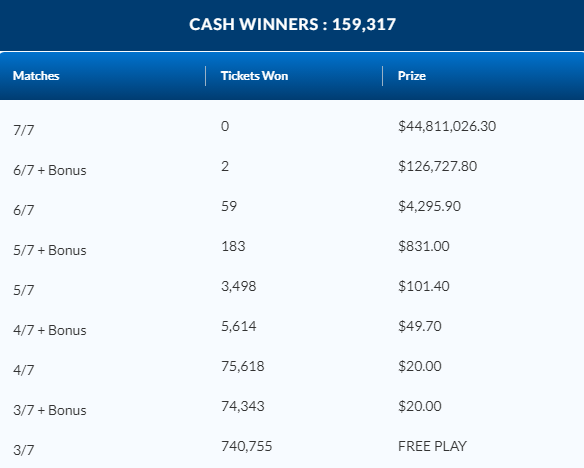 Without a grand-prize winner from Friday’s draw, next week’s Lotto Max jackpot is now an estimated $50 million.

Two Maxmillions prizes each worth $1 million will also be up for grabs.

Feeling lucky? Get your tickets before the draw on March 16.