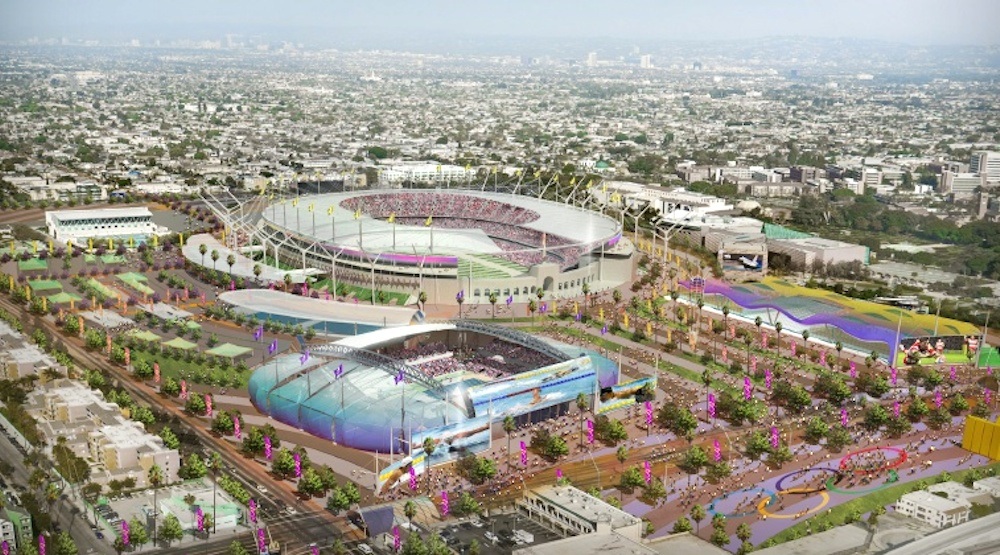 Artistic rendering of an upgraded Los Angeles Memorial Coliseum, proposed venue for the 2024 Olympics for Athletics and Ceremonies. (Image by: LA 2024)

The 2024 Olympic Summer Games could be just a short three hour flight away from Vancouver if the International Olympic Committee (IOC) makes the decision to award Los Angeles the rights to host the quadrennial international sporting competition.

Los Angeles is one of three official candidate cities vying for the Games, with the field of competition being Paris and Budapest. There were originally five cities in the running, however, Hamburg and Rome decided to withdraw from the bidding process.

Hamburg officials sent the Olympic question to a referendum, but it was rejected over uncertainties with cost and the risk of terrorism following the recent string of attacks in France and Belgium. And while surrounding municipalities in Rome supported a bid, Italian officials opted to prioritize its limited financial resources towards improving garbage collection and fighting corruption.

The exorbitant cost of recent Games has arguably turned the Olympic bidding process into a competition that few want to win, and that was most evident for the 2022 Winter Games bid process when Beijing and Almaty were the IOC’s only choices.

There was also turmoil over the US Olympic Committee’s (USOC) selection process for which city would represent the nation in the race for 2024. Boston was originally selected as the American candidate city, but its bid fell apart in July 2015 due to waning support largely from the risk of cost overruns to taxpayers.

It was at this point that Los Angeles, which lost the national race to Boston, stepped in to become America’s candidate city, and at this stage of the bidding process some are considering it the frontrunner.

Almost everything is already built in Los Angeles

The latest concerns over the high cost of hosting the Olympics began with Athens 2004, and it mushroomed when it was Beijing and London’s turn for 2008 and 2012, respectively. But it was Sochi 2014 and Rio de Janeiro 2016 that did the most harm to the Olympic movement’s reputation.

The 2014 Winter Olympics, roughly one-fourth the size of the Summer edition in terms of number of athletes and sporting events, reportedly cost US$51 billion. In comparison, Beijing’s must larger Summer Olympics is believed to have cost US$40 billion.

And just last year, Brazilian officials faced national embarrassment with venues being far behind construction schedules just months before the Games were set to begin. In the midst of one of Brazil’s worst recessions in generations, the local government directly responsible for hosting the Games ran out of money to deliver its Olympic mandate and resorted to borrowing money from the senior government. Leading up to the Games, there were of course also concerns over the safety and security of international visitors, the Zika virus, and the high possibility of ’empty seat syndrome’.

It is unlikely that a 2024 Olympics in Los Angeles would face the same trajectory as previous hosts. The City of Angels, home to nearly 19 million people across the metro region, has previously held the Olympics twice – in 1932 and again in 1984. 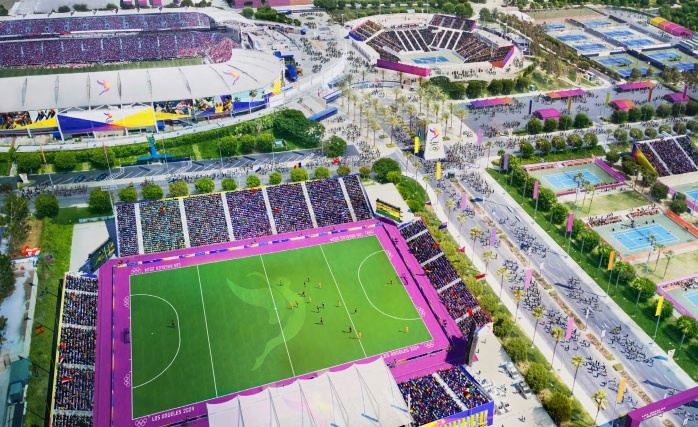 Just as it did in 1984, the LA 2024 Bid Committee plans to utilize as many existing sports facilities as possible, with renovations where required, and build temporary venues wherever possible to keep construction costs low. Some upgrades to the existing venues are already planned and financed by the private sector, not taxpayers.

Only one new permanent venue will be built – the canoe slalom course.

Athletics and Ceremonies will be held at the 1923-built Los Angeles Memorial Coliseum, which served the same purpose for the city’s previous Olympics and will receive a US$300 million upgrade if awarded the Games.

Of special note, basketball will be held at the Staples Center and Los Angeles Convention Center, weightlifting at the Microsoft Theater, the return of baseball at Dodger Stadium, golf at the Riviera Country Club, and indoor volleyball at the Honda Center. Soccer is planned for the Rose Bowl and the LA Stadium and Banc of California, with the latter two stadiums currently under construction.

The Olympic Village, which is home to 19,000 athletes and officials during the Games, will be located at existing student housing complexes on the UCLA campus. Only 2,500 new beds need to be constructed, which were part of the university’s long-term plans regardless of the Games.

Media facilities already exist, with the International Broadcast Centre slated for a lot at NBC’s Universal City and Media Village and Main Press Centre at USC.

Such flexibility in the usage of existing venues, even if the venue is located in the outskirts of a metropolitan region, is encouraged by the IOC’s ‘Olympic Agenda 2020′ reforms that were introduced in 2014 after Sochi to reduce the risk and cost of hosting the Games.

The latest estimates peg the direct costs of Los Angeles’ proposed third Olympics at US$5.3 billion, which is relatively low all things considered for a Summer Games.

“LA 2024 has created a Games Concept that fits our city rather than changing our city for the Games,” reads a recent venue update by the LA 2024 Bid Committee. “All competition and non-competition venues either exist, are already planned as permanent venues by private investors with all necessary construction approvals and committed sources of funding, or will be temporary.”

With an extensive and well-developed road network, one of the world’s largest and most internationally connected airports, a growing public transit system, and a large hospitality industry spurred by its massive tourism and entertainment industry. 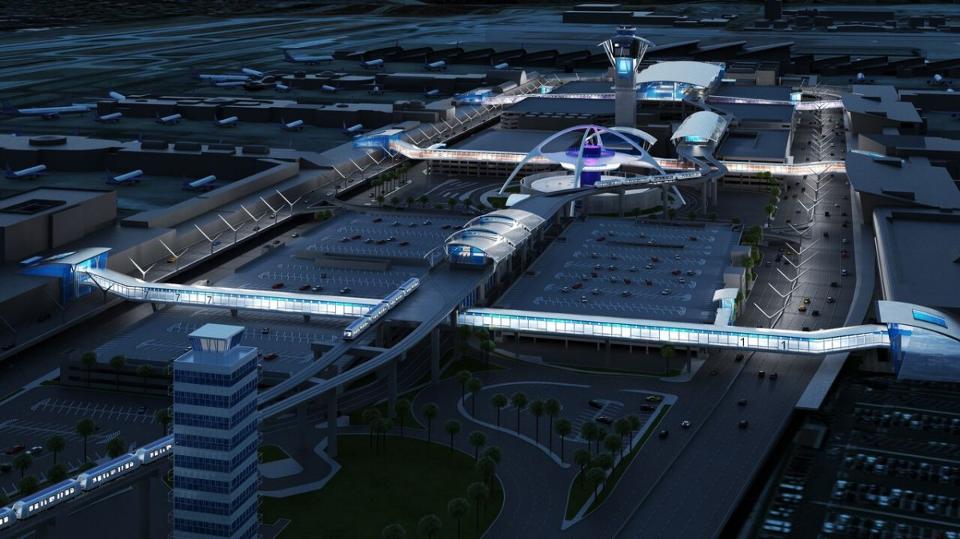 Early last year, it was announced that Los Angeles International Airport would receive a much-needed US$5-billion upgrade to modernize its antiquated facilities and improve connections between terminals and ground transportation to and from the airport.

Public transportation will also be improved in time for the Games, with the federal government announcing last week that it is committing US$1.6 billion towards a $2.4-billion subway extension. While largely seen as a car-dependent region, Los Angeles currently has roughly 93 stations along 169 kms of rapid transit rail track length, and rail lines will serve all four sports venue clusters for the Games.

Of the three bids, only Paris offers a similar venue and infrastructure plan that aligns with Olympic Agenda 2020. Plans for Budapest outline major new investments.

Politics of the Olympic bid process

Even though there has been speculation that anti-American sentiments contributed to the failures of the New York City 2012 and Chicago 2016 bids, the election of Donald Trump as the President of the United States is not expected to be greatly detrimental to Los Angeles’ odds, according to one analyst.

“I don’t think that Trump will impact LA2024’s chances directly,” said Robert Livingstone, who tracks the politics associated with Olympic bids at GamesBids.com, told Daily Hive. “Trump has already expressed his willingness to support the bid and a potential Games – and that’s key.”

“There may have been a general feeling of anti-Americanism from the Bush years, but that would be hard to quantify – and I wouldn’t single that out as the cause.”

Livingstone says the IOC and USOC’s recent resolution over how broadcast and sponsorship revenues from the US market are split is a significantly larger factor, and it also affected America’s failed 2012 and 2016 bids.

“The US is the source of a large portion of the revenue stream for the IOC from things like broadcast revenues and sponsorships, in return the US expects a larger proportion of the hosting opportunities,” he said.

“During the past two bids the USOC leadership fell out of favour with the IOC – there was a lopsided revenue-sharing agreement that generated animosity between the organizations and the leadership were more business-types and less in the sport realm.”

A new revenue-sharing deal was only agreed upon in 2012, and the USOC’s organization completely reformed as a result, but he says the relationship has yet to be tested and 2024 will be the first real test. 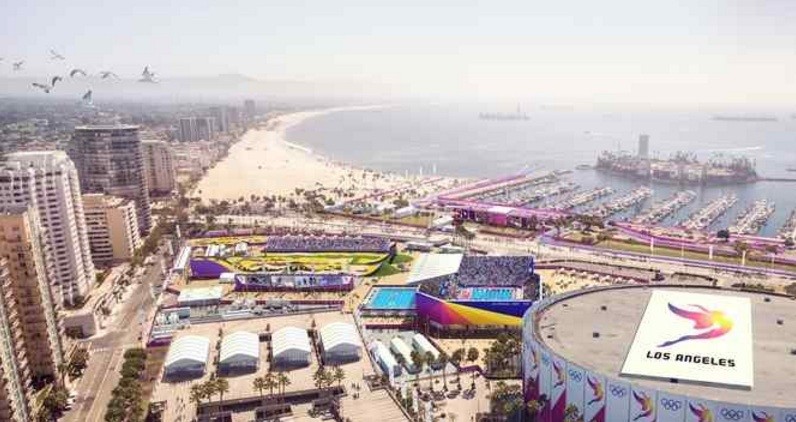 There are also geopolitical factors to consider. North America has not seen a Summer Olympics since Atlanta in 1996, and the last time any Olympics were held in the United States was Salt Lake City in 2002.

In the eyes of the voting IOC members, Los Angeles might also be seen as a safer choice than the two European bids following the string of terror attacks and continued security threats. The European Union’s economy also remains unstable, potentially providing another obstacle to overcome for both the Paris and Budapest bids.

The IOC needs several consecutive problem-free Olympic Games to salvage the reputation of the Olympic Movement and ensure its continuation.

The host city for the 2024 Olympic Summer Games will be decided at the IOC’s 130th Session on September 13, 2017 in Lima, Peru. If Los Angeles wins, it could potentially push any viable Summer Olympics bid by Toronto or Vancouver for another generation.