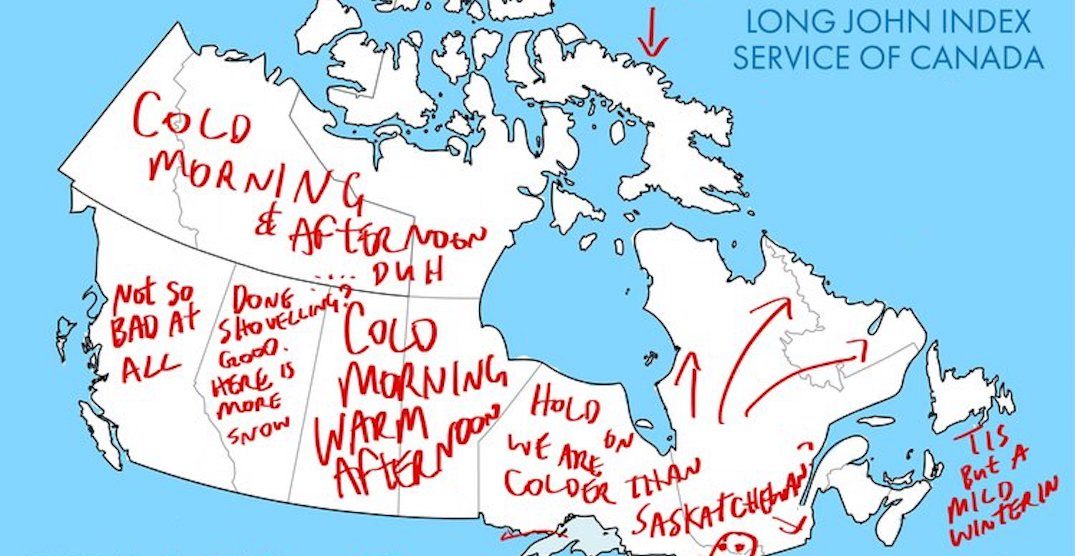 And it’s the most Canadian service website you’ll encounter for a while.

Every weekday, this incredibly useful index helps your average Canadian figure out a very important decision: to wear or not to wear long johns?

For those unfamiliar with this winter garment, aka Vancouver, the long john is a thermal long underwear most of Canada wears during winter months.

But it is sometimes tough to decide if the weather calls for these fashion pieces or not. That’s where this index comes in handy. One thing though, there is a disclaimer on the website.

“The Long John Index is a ‘not-scientific-whatsoever’ method of measuring when, and if, one should be wearing a pair of thermal long underwear, known more commonly in the Dominion of Canada as ‘Long Johns’,” reads the website. “It is used for entertainment and gambling purposes, and should not be confused with your preferred weather service.” 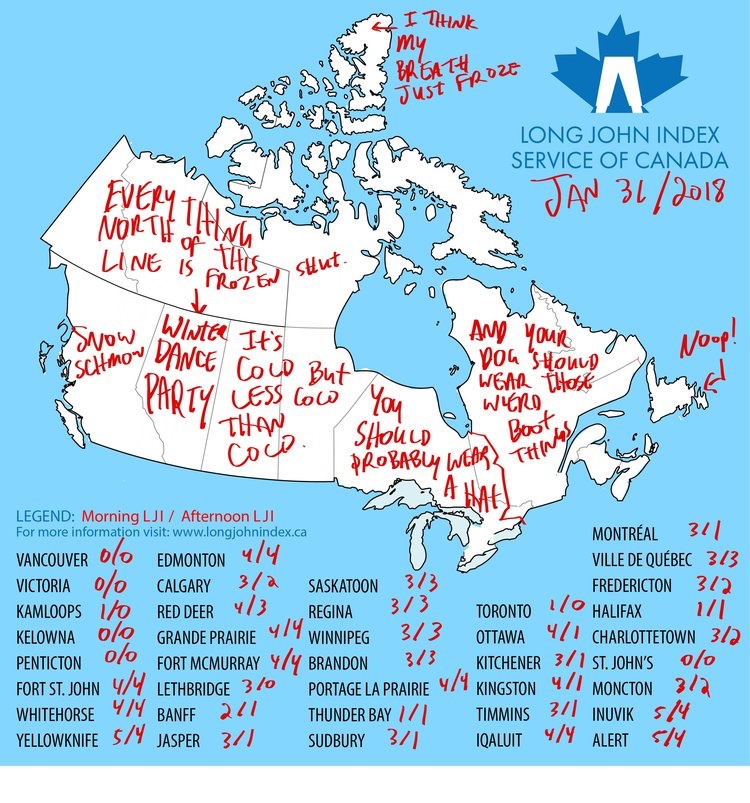 As for the daily map, each comes with hilarious commentary on each province. On January 31, Ontario got “You should probably wear a hat,” while BC got “snow schmow.”

The major cities get a breakdown on the Long John Index scale, which runs from 1 to 5, 1 being the lowest, and 5 being the highest, and starts at the Freezing/Melting point of 0°C.

Mind blowing. And even slightly scientific.

You know you’ll be bookmarking this gem to get your daily long john accuracy.