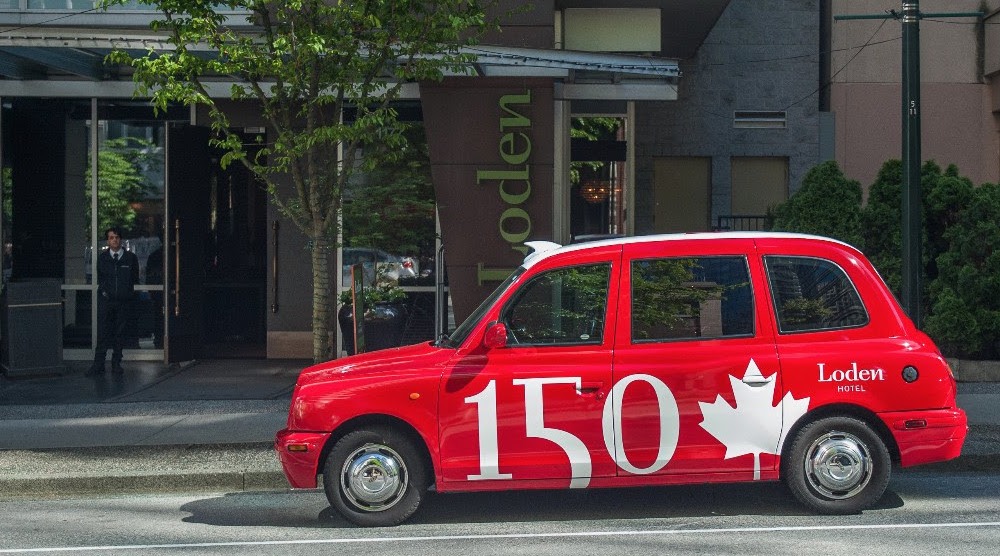 This summer, as the nation goes insaneballs celebrating Canada 150, be on the lookout in Vancouver for the True North Taxicab. It’s basically like the food truck of gift shops, selling all-Canadian foodie merch and products.

The True North Taxicab is the result of a collab between downtown Vancouver’s Loden Hotel and Granville Island’s Edible Canada, and once it’s open for business, it’s going to be Canada’s smallest gift shop.

The Loden’s signature cab has been given a Canada-themed wrap, and the inside has been tricked out as an outpost of an Edible Canada gift shop. If you’ve ever strolled through the shop section at the back of this fun Granville Island restaurant, you can already picture the Canadian-made salts, chocolates, honey, syrup, bitters, snacks, cookbooks, kitchen gear, and more. 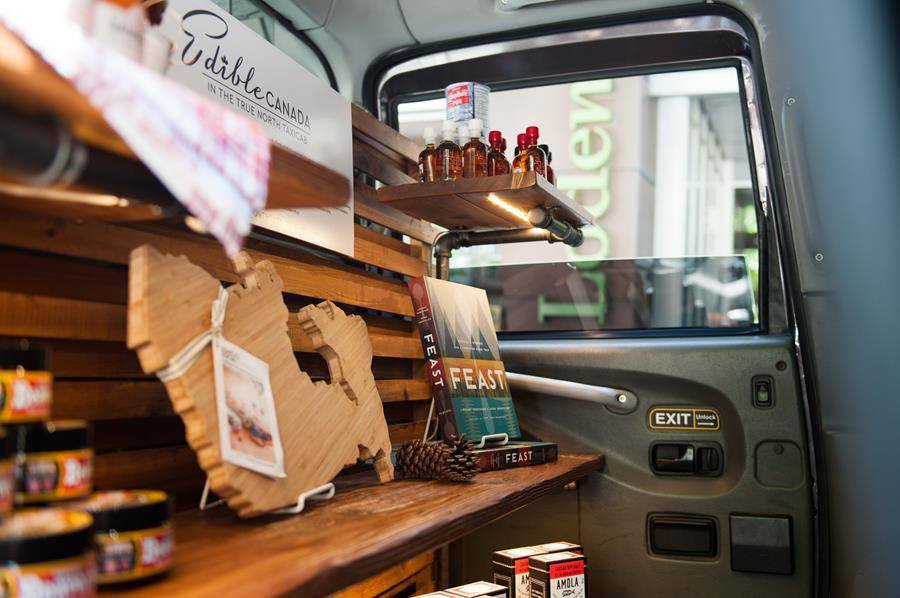 While the True North Taxicab will be stationed most of the time outside the Loden so their guests and diners at Tableau Bar Bistro can do a little shopping while they’re there, it will also hit the road to make an appearance at select festivals and events happening this summer.

You can find out where Canada’s smallest (and foodiest) little roaming gift shop will be parked by checking the Loden’s site. It will be your one-stop hop-in teeny tiny food lovers’ gift shop! The True North Taxicab launches June 15.