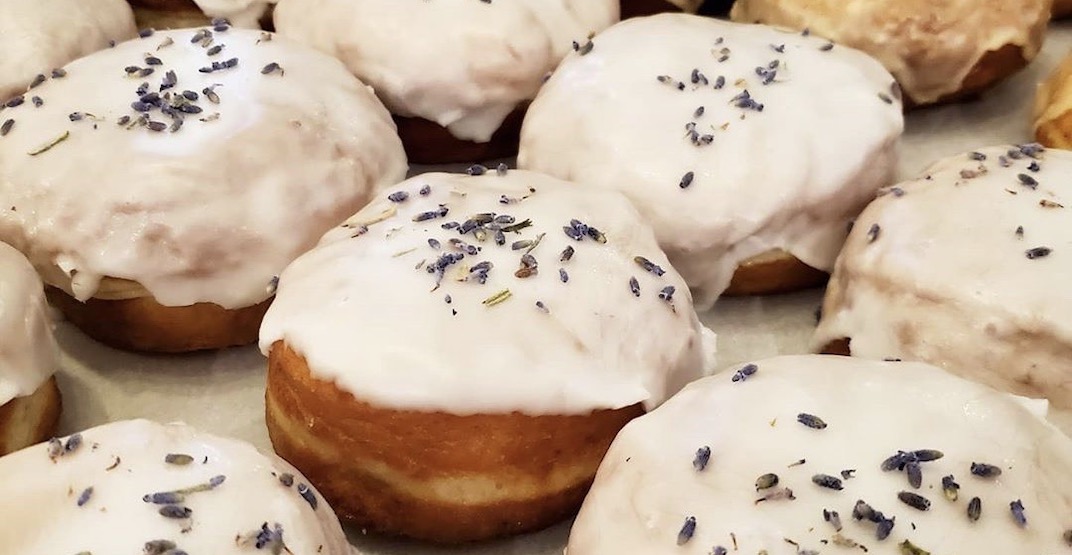 Vancouver’s in no shortage of quality spots to get sweet treats, but one local doughnut producer is really kicking things up a notch these days.

With no formal pastry training, the Jaffer’s first foray into doughnut-making came just before their daughter’s first birthday party, which was adorably themed “Donut Grow Up.”

After a lot of experimentation testing out various techniques, the pair landed on a fried vegan version that they felt was so good they had to share, and they did just that.

The Vancouver-based brand also makes a signature line of “cracked” doughnuts. These morsels are doughnuts with a hard candy shell on top, prompting dessert lovers to literally “crack” into the treat once they’re ready to eat.

Locally Raised has been cooking up plant-based doughnuts for home delivery and wholesale too.

In addition to finding these treats around town, you can also buy direct either online or via the Locally Raised Android app (an Apple version is slated to come out at the end of February).

Locally Raised’s list of flavours and wholesale locations in the Lower Mainland continues to grow each month, so be sure to keep up with them on social media. The next time you have a sugar hankering, order some for yourself!