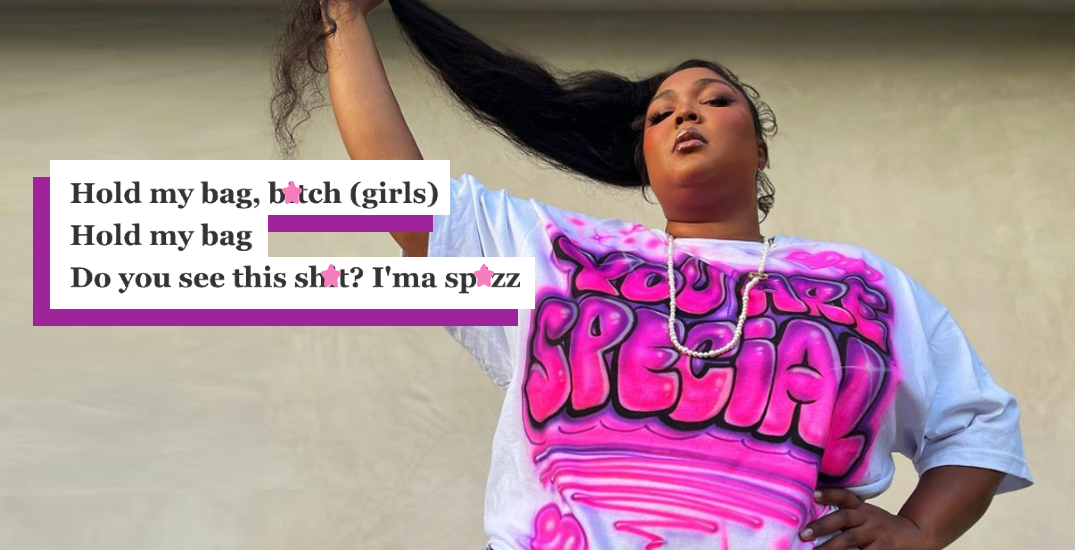 Editor’s note: This article mentions and discusses the use of an ableist slur.

Award-winning singer and flautist Lizzo dropped her new single “GRRRLS” last week, and was called out by fans and activists for her use of an ableist slur in the lyrics.

The song picked up on social media almost immediately after its release. Several TikTokers brought attention to the use of the ableist slur “sp*zz” in the opening lyrics. It went something like:

Hold my bag, bitch (girls)
Hold my bag
Do you see this shit? I’ma sp*zz

“Sp*zz” is a shortened, derogatory version of the word “spastic,” which refers to the involuntary muscle contractions that can often occurs in people with cerebral palsy and other paralysis-inducing or mobility-inhibiting conditions.

After listening keenly to the criticism, Lizzo decided to change ableist lyrics to the following.

Hold my bag, bitch (girls)
Hold my bag
Do you see this shit? Hold me back

She posted a message on her social media about the update.

“It’s been brought to my attention that there is a harmful word in my new song ‘GRRRLS.’ Let me make one thing clear: I never want to promote derogatory language,” Lizzo began.

“As a fat Black woman in America, I’ve had many hurtful words used against me so I overstand the power words can have (whether intentionally or in my case, unintentionally). I’m proud to say there’s a new version of ‘GRRRLS’ with a lyric change.”

Fans, disability rights activists, and industry peers appreciated Lizzo was swiftly and proactively removing the ableist slur from the song.

Many who had originally complained about the lyrical insensitivity welcomed Lizzo once again with arms wide open.

I’m going to cry 😭 Thank you so much for hearing us Lizzo and for understanding that this was only ever meant gently and being open to learning, it honestly means the world ❤️. You’re a real true ally https://t.co/RbQCbAwpR6

In the aftermath of the changes, many have brought up the anti-Black misogyny that came with the flood of complaints guised as anti-ableism activism.

She listened to feedback, realized her error, and made amends and a correction.

That’s not going to matter to a lot of ppl, tho. Misogynoir won’t stop the pile on because for some, a Black woman is the only one they feel superior to.

Twitter user @fairyfemmes also highlighted the case as an example of how Black artists being overly scrutinized for their missteps whereas the standard for white artists’ accountability is much more lenient.

I’m glad that Lizzo apologized with full accountability, and better yet releasing the song w/o the slur. With that said, I hope the same people who had a lot of anti-black things to say under the guise of accountability about Lizzo have the same energy for their yt faves.

“This is the result of me listening and taking action,” said Lizzo, concluding her post. “As an influential artist I’m dedicated to being part of the change I’ve been waiting to see in the world. Xoxo, Lizzo.”

Lizzo is slated to tour North America this fall and will be performing in Toronto and Vancouver in October and November respectively. More on The Special Tour here.