The BC SPCA is investigating after a video surfaced which appears to show workers tossing live chickens into crates, trapping their wings, at a farm in Abbotsford.

The video was allegedly taken by Jane Schneider, a resident walking her dog past Neufeld Farms, early in the morning on Wednesday, June 28.

Schneider reportedly sent the video to Animal Justice Canada, which then sent an official complaint to the BC SPCA.

The chickens in the video are likely to be five weeks old or less, the age at which chickens bred to grow fat quickly for their meat are commonly slaughtered.

“It’s very clear to anyone who’s looking at it that this is not an acceptable way of handling any animals at all. It’s particularly heartbreaking that these are baby animals.”

“We know that this kind of treatment frequently results in broken bones, in dislocated joints, in bruising and of course in horrible stress and fear.”

As well, said Pippus, chickens bred in the meat industry, selected for their ability to put on weight quickly, are already more susceptible to heart attacks and skeletal problems.

These latest allegations come only weeks after an undercover video surfaced, showing chickens being severely abused by workers at Elite Farms Services Ltd. in Chilliwack.

The video showed chicken catchers ripping live and conscious chickens apart and forcing them into sexual acts with one another. Six people were fired in the aftermath.

The alleged abuse seen in the latest video may not seem so extreme, but it is still “disturbing” said Pippus, who criticized meat industry practices.

“This kind of treatment is considered ‘normal’ by the chicken meat industry and that’s what’s so disturbing about it.”

“The chicken meat industry… is simply treating animals in a way it finds profitable and efficient and we’ve never had a conversation about how they can treat animals.”

Animal farming is self-regulated, although farms are expected to adhere to animal protection laws prohibiting causing animals to be in distress, Pippus said.

However, she added, there is an exemption for what’s called ‘generally accepted practices,’ but those practices must be reasonable in BC.

“So in order to be legally allowed to distress animals, you must be behaving within reason,” said Pippus.

“I think anyone who can see these handfuls of baby animals being flung into drawers and having the drawers slammed shut against their body parts would say this is not a reasonable way to treat animals.”

Marcie Moriarty, BC SPCA Chief Prevention and Enforcement Officer, confirmed the SPCA is investigating the allegations after receiving the complaint last week.

“The complaint included a very short video clip depicting some chickens being transferred out of a barn into transport crates,” Moriarty told Daily Hive.

“We’re still at the initial stages of reviewing the video and investigating and speaking with the individuals involved. It was a very short clip, taken from a very far distance.”

Moriarty declined to comment on this particular case, but said in general, anyone found to be “causing distress or permitting animals to be in distress “could face criminal charges.

According to the Neufeld farm’s website, the Neufeld family began farming 51 years ago and is still run by Audrey and Dan Neufeld, who took over the farm from Dan’s parents.

“As farmers, Dan and I can say that animal abuse flies in the face of everything that we have worked for and that we stand for.

“We will cooperate with any authority to determine whether any legitimate abuse has occurred.

“We also support the process already begun by my industry to strengthen current practices and prioritize any changes that need to happen.” 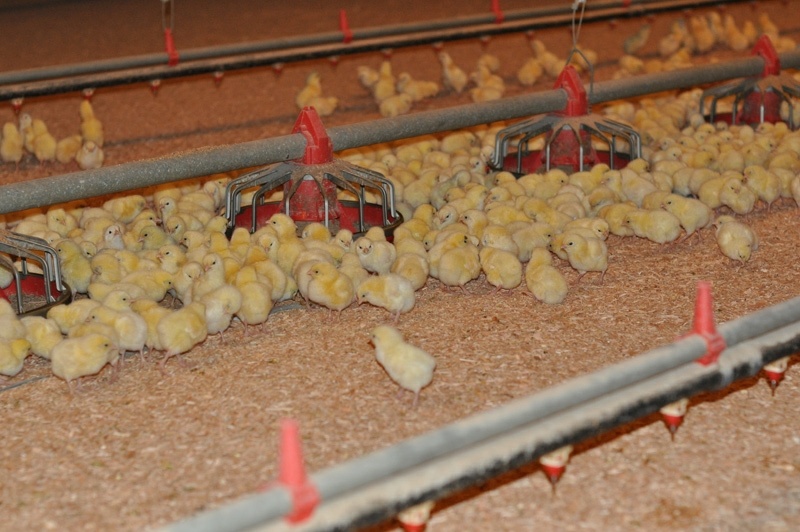 Pippus said the government needs to begin regulating the meat industry, inspecting farms, and enforcing whatever laws are applicable.

“Enough is enough. This is an industry that is not capable of self-regulation, it’s proving that it will cut corners left, right and centre on animal welfare in the name of profit.

“This is simply not acceptable, it’s time for things to change.”

Pippus adds that chickens are no different from humans or our pets in their ability to suffer, in their desire to be free from pain and live in safety.

“I think and hope most people can recognize that egregious abuse of animals is simply not acceptable in any civilized country.

“When it comes to chickens, it’s got to stop.”