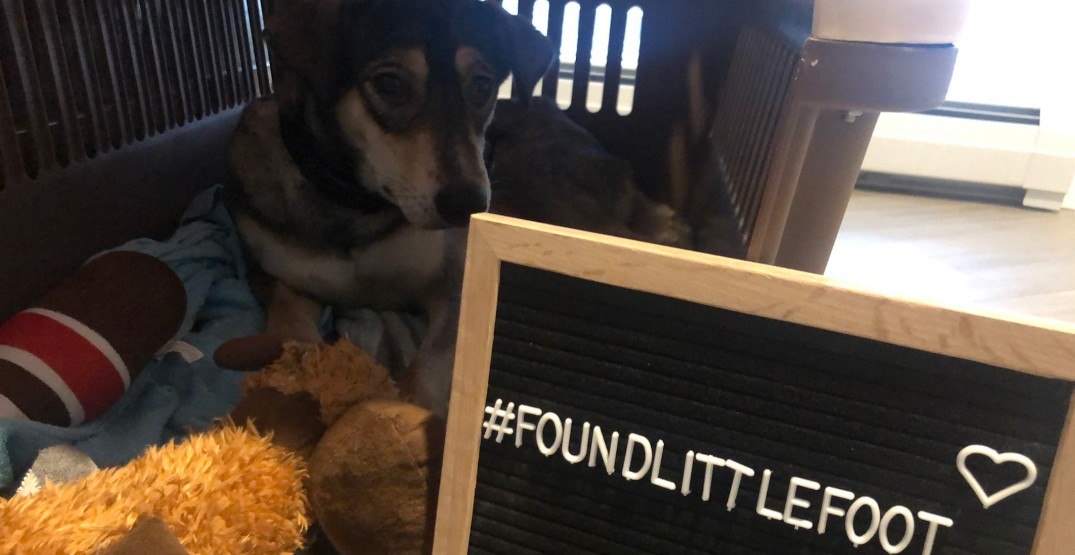 After a month of searching around Metro Vancouver, a rescue dog has been found safe and sound in Richmond.

Littlefoot was first reported missing in early December 2018. The dog’s owner, Jocelyn Aspa, said her boyfriend had a seizure while walking their dog Littlefoot at Prince Edward and East 10th Street in Vancouver.

The medium-sized, mixed-breed rescue pup from Thailand ran off scared and Aspa and her boyfriend were devastated. 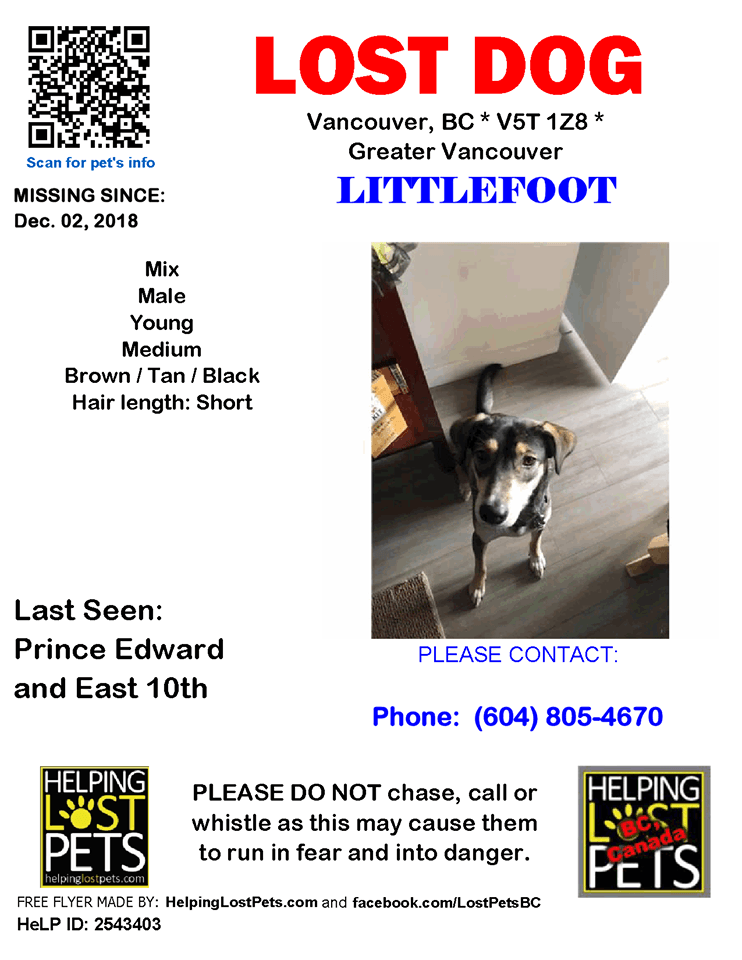 After an unsuccessful few days of trying to find Littlefoot, Aspa created a GoFundMe page in order to raise funds to hire a pet detective.

MacLellan spent countless hours tracking Littlefoot and trying to bring him home to his owners.

MacLellan explains that Littlefoot wandered all over the city and was not easy to track down.

“It took a lot of patience,” MacLellan told Daily Hive. “He was first travelling in East Vancouver and then moved to South Vancouver before he headed to Richmond.”

“He went on every side of Richmond — literally north, south, east, and west, back and forth.”

MacLellan eventually caught Littlefoot in a trap he set close to an elementary school located near Ash Street in Richmond.

Aspa received a text from MacLellan, notifying her that Littlefoot had been located safely.

This was the text. He caught Littlefoot this morning. He called me after this text. Said Littlefoot looks good and he’s going to take him to a vet before bringing him home. I am speechless. 5 weeks to the day after I last saw him, my boy will be coming home. #LittlefootFound pic.twitter.com/wuEnsiDASq

MacLellan took Littlefoot to the vet before bringing him home to his owners, who were overjoyed.

Aspa documented the reunion with her beloved pup on Twitter.

“As far as how Littlefoot is doing, he’s got a clean bill of health and is definitely a little tuckered out!” Aspa told Daily Hive.

“I think he is happy to be home, he certainly knew where he was when we opened the door and he was happy to see us after he came down from the adrenaline.”

Look at this perfect boy. He has had a bath and is tuckered out. pic.twitter.com/HvlYKp3zG0

After five weeks without a home, Littlefoot is now safe, happy, and resting with his loving family.