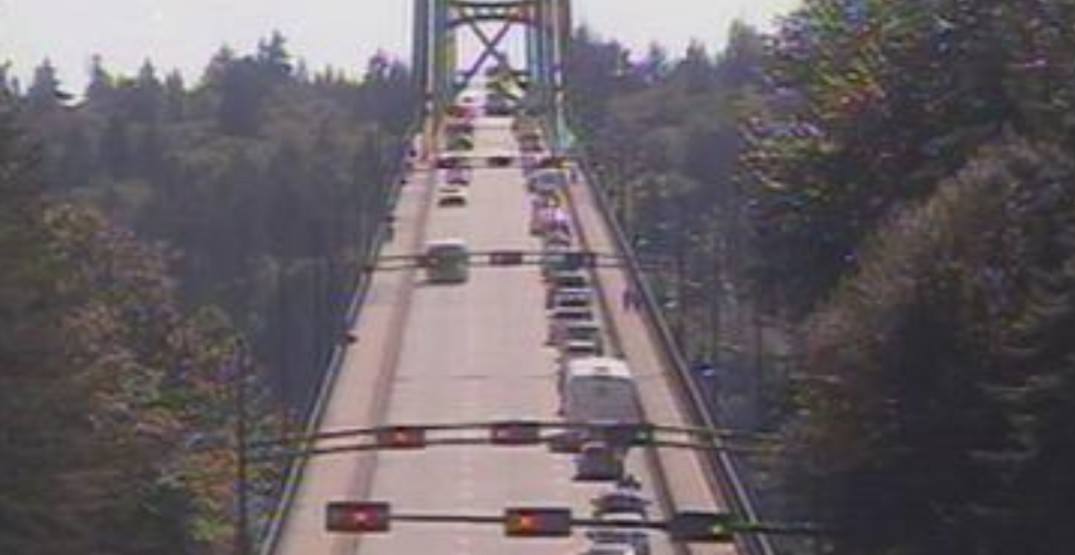 Update: The incident is now clear but heavy delays are still expected.

The afternoon commute is about to get much busier due to a police incident on the Lions Gate Bridge.

According to Drive BC, the bridge is currently reduced to single lane traffic in both directions.

#BCHwy99 Police incident on the #LionsGateBridge. The Bridge is reduced to a single lane of traffic in both direction. Expect heavy delays. #StanleyPark #Vancouver

The bridge was also shut down on July 13 due to another police incident. If the bridge is part of your afternoon commute it is best to plan an alternate route.

More on this story as it develops.