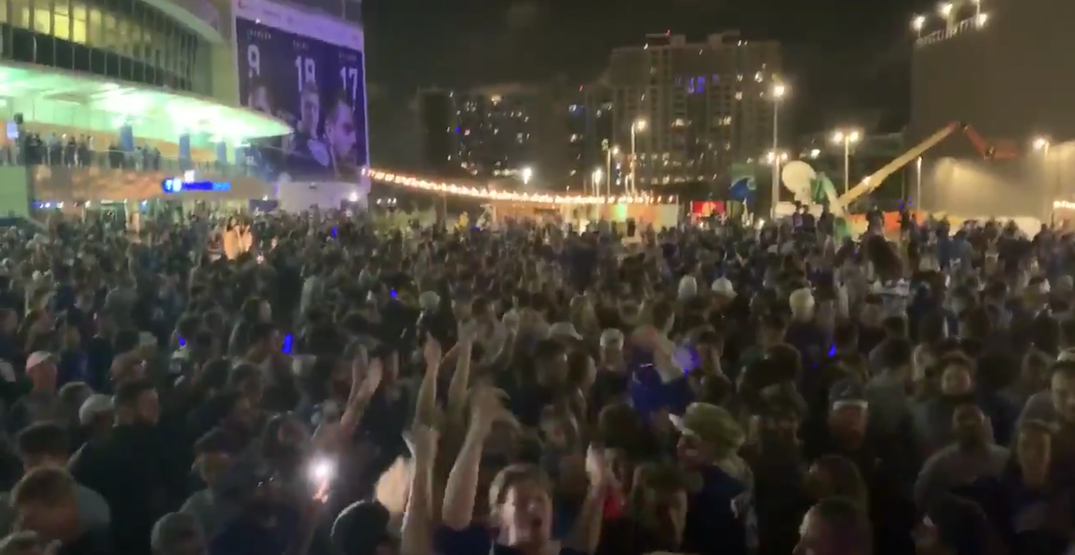 A carefully constructed viewing party appeared to get out of hand following the Tampa Bay Lightning’s Stanley Cup victory on Monday.

Fans were invited to enjoy the game inside and outside of the team’s home at Amalie Arena. Capacity was reduced for fans watching the game in the stadium, and masks were required. Outside the arena, fans were given specific spots to sit, ensuring physical distance.

But after winning Tampa Bay’s first Stanley Cup in 16 years, a large group of people celebrated together without masks, with COVID-19 appearing to not concern them.

“If there was any hope of social distancing, it was thrown out the window here tonight,” said a local Fox 13 news reporter as he watched a group of fans tear down a lamp post outside of the arena.

“When I looked at the crowds, it was concerning,” Tampa Police Department Chief Brian Dugan admitted, though he downplayed the incident as just a “few people” getting out of control compared to the thousands of fans that attended.

"You look at the COVID, we've been dealing with this 6, 7 months. Quite frankly, some of us – myself included – feel like caged animals and this was an opportunity to enjoy life." https://t.co/IVYMnJcb6A pic.twitter.com/GYxWZ5aXAS

Still, the scenes are jarring for many, as the laws in Florida are certainly looser during the pandemic than anywhere in Canada.

The fans outside of Amalie Arena go wild as the #TampaBayLightning win the #StanleyCup #gobolts pic.twitter.com/JxF6jqwI70

This is how it looked inside Amalie Arena as #TBLightning won the Stanley Cup. pic.twitter.com/F7fBGVO2ZJ

The coronavirus has raged in Florida, as 3,266 new infections were announced on Tuesday, bringing the total number of cases to 704,568. The death toll in the state is now 14,313, with 106 additional deaths coming in the most recent update. Florida’s positivity rate currently sits at 10.69% — well ahead of the 2% positivity rate in Canada.

The Lightning left Edmonton for Tampa on Tuesday, with a celebratory boat parade planned for Wednesday.