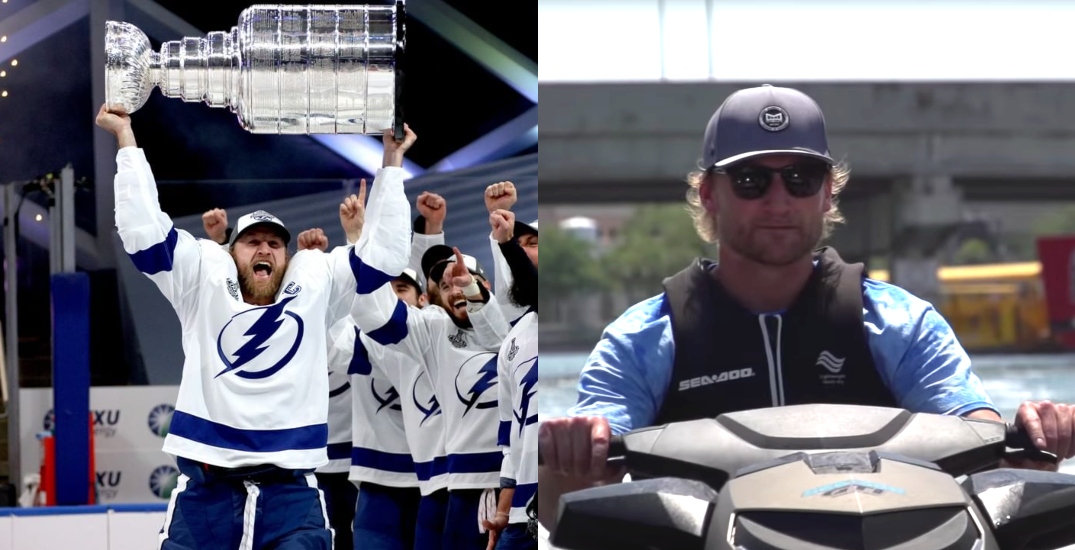 A Stanley Cup like no other will have a championship parade unlike anything we’ve seen before.

In lieu of a traditional Stanley Cup parade, the Tampa Bay Lightning have announced they will be holding a boat parade to celebrate. The team is inviting fans to watch from the Tampa Riverwalk along the Hillsborough River, and encouraging everyone to wear masks and practice physical distancing.

The team will then hold a championship celebration at Raymond James Stadium, the 65,000-seat stadium of the Tampa Bay Buccaneers. Fans are invited to the stadium, but at a reduced capacity, and masks will be required for fans unless they are actively eating or drinking.

We have a date with you on Wednesday, #Bolts Nation.

Tickets (FREE!) will be open to the public at 1pm on Tuesday afternoon.

Tampa Bay is uniquely well set up for a boat parade, as Alex Killorn and his Lightning teammates demonstrated back in May. Killorn produced a hilarious video of himself and other Lightning players “getting the band back together,” following the NHL’s return to play announcement.

One by one, players jumped on jet skis, racing through the city on the river.

The team states on its website that health and safety are their “first concern,” though they’ll need to do better than Monday night’s watch party, which appeared to get out of hand.

Fans were seen celebrating in close proximity with one another, following the team’s championship win. That would normally be a beautiful site to see, but was certainly cringeworthy given the current pandemic.