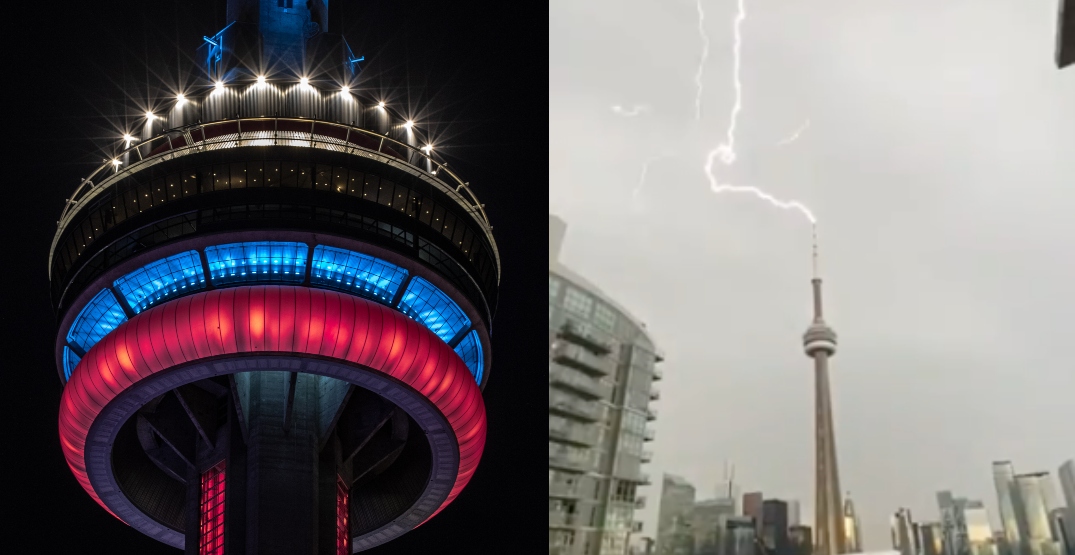 Has the CN Tower hopped off the Montreal Canadiens bandwagon?

The tallest building in Canada has been awfully quiet regarding the Stanley Cup Playoffs since lending its support to the Habs on June 8.

The move to light up the iconic Toronto tower in Canadiens colours had Maple Leafs fans rattled, as their historic rival had ousted them from the postseason in the first round.

Following Montreal’s loss in Game 1, the CN Tower appears to have switched allegiances, as it was struck by lightning — caught on camera by David Rhodes below.

On average, the CN Tower gets struck by lightning 75 times per year — but for it to happen after Game 1 of the Stanley Cup Final against the Tampa Bay Lightning?

Sure, inanimate objects don’t actually have the ability to cheer for hockey teams, but still.

Fans had a good laugh about it.

Uh oh, Habs fans will be mad that the CN Tower is supporting Tampa this round 😬 https://t.co/Aa0zgs2nNm

In case you had any doubt that Toronto is a bandwagon city, the CN Tower has already changed its allegiance from Montreal to Tampa after last night's game https://t.co/imB9ph7Teg

There was much outrage when the CN Tower was lit up in Habs colours, so now Toronto is supporting Tampa Bay? https://t.co/5BnTyH5hcm

Lightning striking the CN Tower after it lit up in Habs colours. @TBLightning https://t.co/F6pOZExA3W

In honour of the Lightning being Canada’s new team we will have lightning strike the CN Tower. Go out and repeat as champs! https://t.co/Z03BLmgh5s

First the CN Tower adopted Habs colours, now it's getting the full Habs experience by being lit up by Lightning https://t.co/uGPkjoIec9