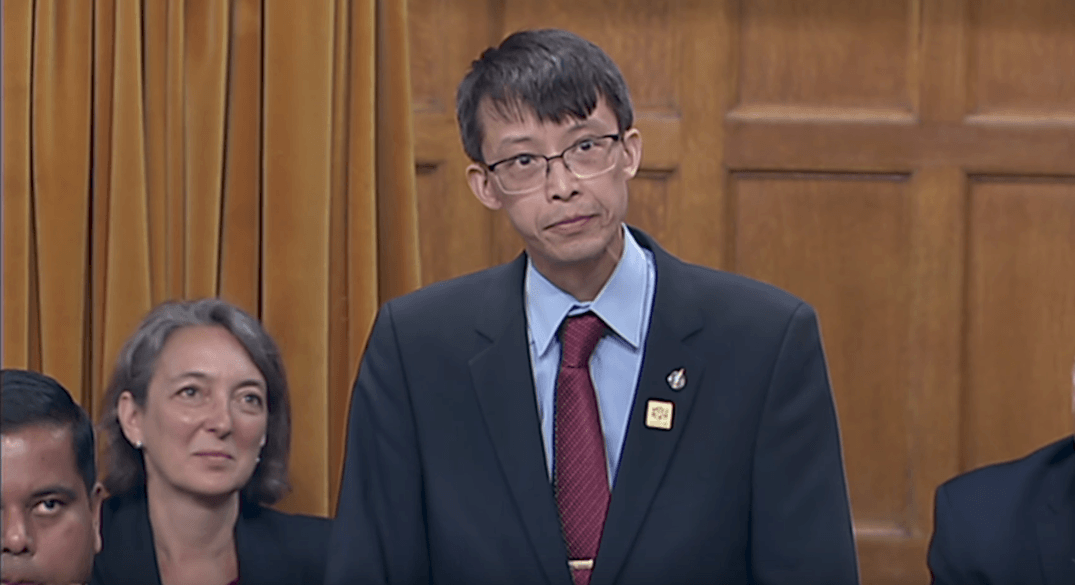 Liberal MP Arnold Chan has passed away after a battle with cancer.

The MP for Scarborough-Agincourt in Toronto had been fighting cancer for the past two years, he is survived by his wife and three sons.

“I am saddened by the untimely passing of my husband,” said Jean Yip, Chan’s wife, in a statement. “He was a loving father, wonderful husband and dedicated public servant. He proudly served as a Member of Parliament for Scarborough-Agincourt for the past 3½ years, and while he courageously fought his nasopharyngeal cancer he always continued to work hard for his constituents.”

Today, our Parliamentary family mourns the loss of one of our own. Arnold, you were an inspiration to us all. Rest in peace my friend.

“I was deeply saddened to learn of the death of my close friend and colleague Arnold Chan,” Trudeau said in a statement. “For three and a half years, he distinguished himself as a thoughtful, kind and – above all – tireless advocate for Canadians. He believed deeply in our democracy and became one of its most faithful and eloquent guardians.”

Trudeau said that Arnold, who was 50-years-old, accomplished much of his work despite battling cancer throughout his time as an MP.

“Even at his sickest, he found the strength to stand up in the House of Commons and represent his constituents, who he cared about so deeply,” he said, and referenced a speech Arnold delivered to the House in June.

“He reminds us that real democracy means listening to each other instead of talking over each other, and that our civic duty includes not just casting a ballot but taking care, in our everyday actions, of the country we are lucky to call home,” said Trudeau.

“I am forever enriched by Arnold’s friendship, as Canadians are by his leadership and devoted service,” said the Prime Minister. “He leaves us with wise words that he truly embodied: ‘We should use our heads, but follow our hearts.'”