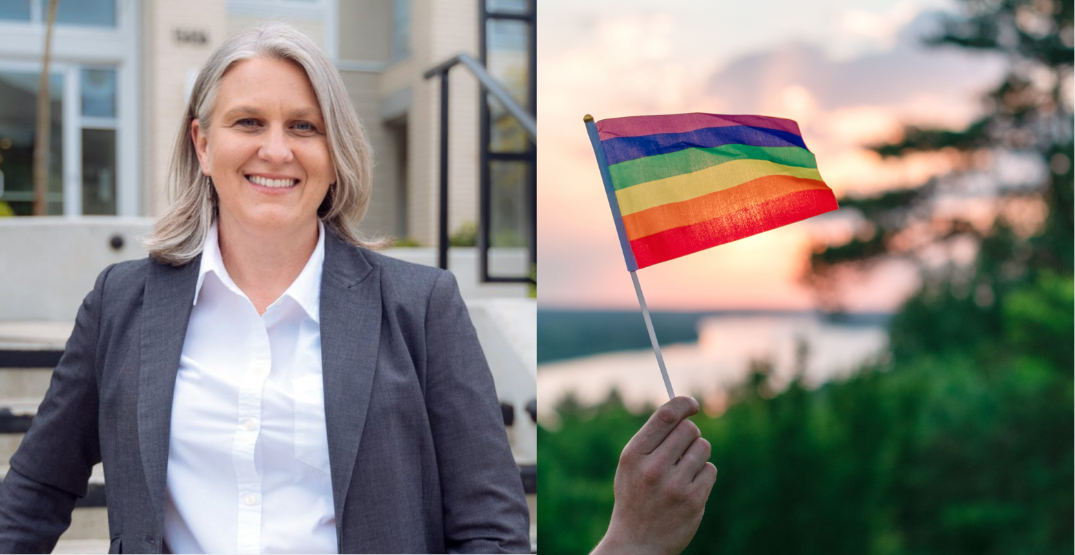 Written for Daily Hive by Elenore Sturko, Surrey South BC Liberal Candidate, and a proud member of the LGBTQ community

On June 17, a Pride event at a Victoria, BC, coffee shop was called off out of concern for the safety of staff, performers, and patrons. Prior to the performance, the venue received harassing and threatening phone calls. They were concerning enough that the organizers decided the risk to safety was too great.

For me, this incident brought back memories of an earlier time in my life, when holding any LGBTQ event was consistently risky. Because it was not so long ago that identifying as LGBTQ in Canada meant you not only worried about the constant threat of violence, but also losing your job, or being denied housing, or a bank loan. In order to protect ourselves, we kept our gatherings private and exclusive to friends, and friends of friends. Self-preservation meant secrecy and for many people it also meant fear and isolation.

When I came out 28 years ago, it felt like a moment of immediate liberation, and yet when I look back on what life was like for our community at that time, the secrecy and the danger, I can see that our liberation has been incremental.

The recognition of LGBTQ rights as human rights, and the many important legislative changes in Canada, were the decades long work of activists and allies working together. Work that has made Canada one of the most inclusive and free nations in the world.

The beginning of the decriminalization of homosexuality in 1969; Operation Soap protests in 1981 (widely regarded as Canada’s equivalent to the Stonewall Riots); the creation of the Canadian Charter of Rights and Freedoms in 1982; Bill C-23 in 2000; and the Civil Marriage Act of 2005 – these incremental changes helped to empower people just like me, to leave fear and isolation behind.

The harassment and threats at the Victoria coffee shop is just the latest in what appears to be an increase in hate-motivated incidents in our province. If left unaddressed, incidents like this will also have an incremental impact on our society. One that erodes our sense of safety and community, creating fear and isolation once again. Not only for the LGBTQ community, but for any community that finds itself the target of hate. If one of us is not safe from hate, then none of us are safe from hate.

Fractures have appeared in our communities over the last few years, but I do believe we can heal them. During the pandemic many things made us feel divided. Wedge politics have capitalized on making us focus on our differences. Let’s get back to focusing on our shared humanity. Let’s not fight one another but work together to fight for the things we all need: safe, healthy, and prosperous communities.

For more than 20 years, I have continued to advocate for human rights, whether it was during my time in the Canadian Armed Forces, the RCMP, or now in politics as the BC Liberal candidate in the upcoming Surrey South by-election. I am ready to work together with British Columbians, and allies, no matter their political stripe, to ensure our province is a safe place for everyone.

Let’s unite in the respect for the rights of others, and agree that hate, and threats of violence are never the answer to our differences.