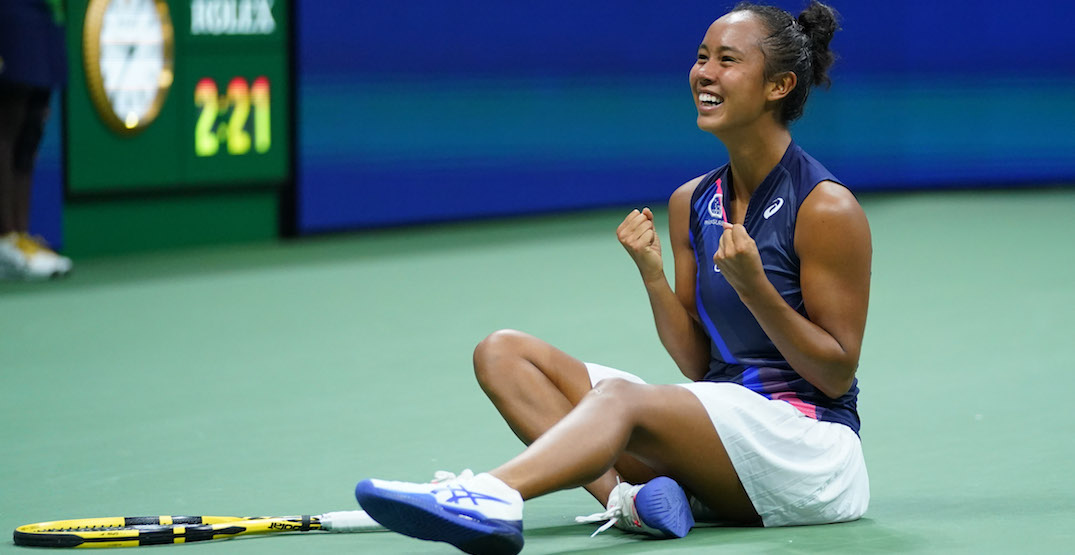 The daughter of immigrants — her father from Ecuador and her mother from the Philippines — Leylah Fernandez is proud to represent Canada.

After booking her ticket to the US Open final, becoming just the second Canadian ever to do it, the 19-year-old Montreal native was asked about the country she represents.

“Canada has done so much for us, especially for my dad, for my grandparents,” Fernandez said in a television interview with ESPN. “They never had it easy, but they fought for everything and all the opportunities that they got they did it two times more just for me and for my whole family, for my sisters, so that we could have a better life. So we can enjoy as much as we can, and not have the difficulties that they had.”

Fernandez was asked the question because of her what her dad Jorge Fernandez said recently in an interview with TSN.

Jorge, who is also Leylah’s coach, got very emotional in an on-camera interview with Mark Masters. It all started with a simple question: what does it mean to represent Canada?

“Oh, my god, it means everything,” Leylah’s father said, pausing for nearly 20 seconds as he fought back tears.

“You know, there’s a lot of talk in the news about immigrant people, and I understand nationalist sentiments and I understand how we need to protect… I understand all that. I don’t want to get political, that’s not what I’m doing. What I’m telling you is that we’re an immigrant family and we had nothing. We got in with nothing.

Leylah has a chance to do what only Bianca Andreescu has ever done for Canadian tennis: win a Grand Slam singles title. She’ll get her chance on Saturday in the US Open final.