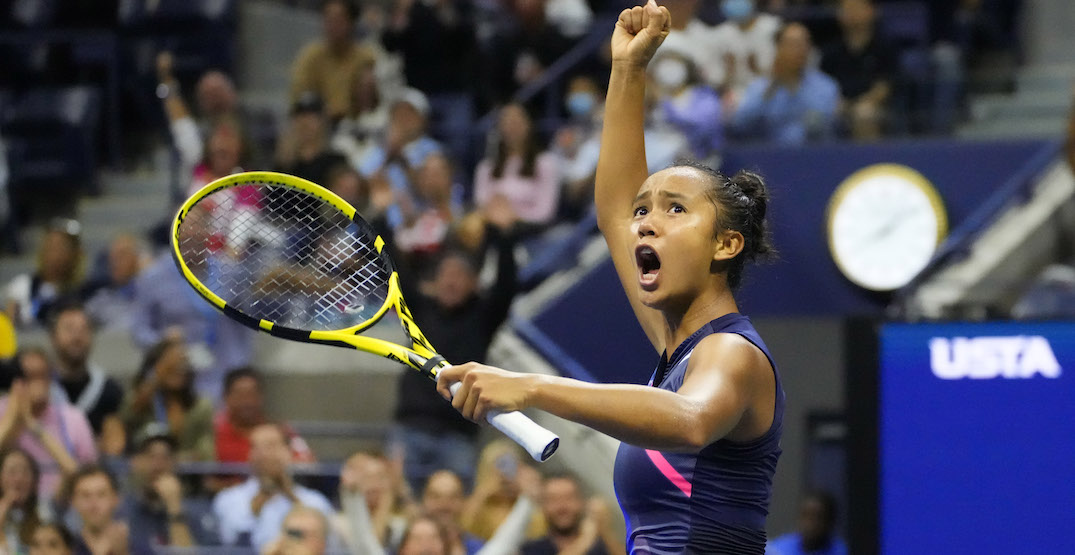 Leylah Fernandez has done it again.

The 19-year-old Canadian pulled off another upset at the US Open, this time over No. 2 seed Aryna Sabalenka in the semi-final. Fernandez is just the fourth Canadian ever to make a Grand Slam singles final — and just the second Canadian woman to do it.

After knocking off players like Naomi Osaka, Angelique Kerber, and Elina Svitolina in previous rounds, the Canadian teen beat another bigger, stronger and more accomplished opponent in three sets (7-6, 4-6, 6-4).

Leylah Annie Fernandez is off to her first career Grand Slam final at the #USOpen! pic.twitter.com/uTZASLQDur

How was Fernandez able to win again?

“I have no idea!” said the humble Canadian in her post-match interview.

“I just wanted to be in the finals. I really wanted it and I fought for every point.”

The start of tonight’s match certainly didn’t go according to plan for the rising star.

Perhaps nerves played a factor early for Fernandez, as Sabalenka took a 3-0 lead in just eight minutes. It looked like the Belarusian might be on her way to having an easy night.

Leylah had other ideas.

Fernandez fought right back, breaking Sabalenka’s serve in the seventh game of the set, and forced a tiebreaker — with the Canadian winning it 7-3.

TFW you’re getting beat by a teenager in the US Open semi-final pic.twitter.com/g2X8sJnevx

Sabalenka was visibly frustrated throughout much of the match, but won the second set.

Both players exchanged consecutive breaks in the third set, before a final break of Sabalenka’s serve by Fernandez on match point.

Saturday’s final will take place at 4 pm ET/1 pm PT in New York, with Fernandez taking on the winner of Maria Sakkari and Emma Raducanu.

So who does Fernandez want to play?

“I don’t care. I just want to play a final right now.”