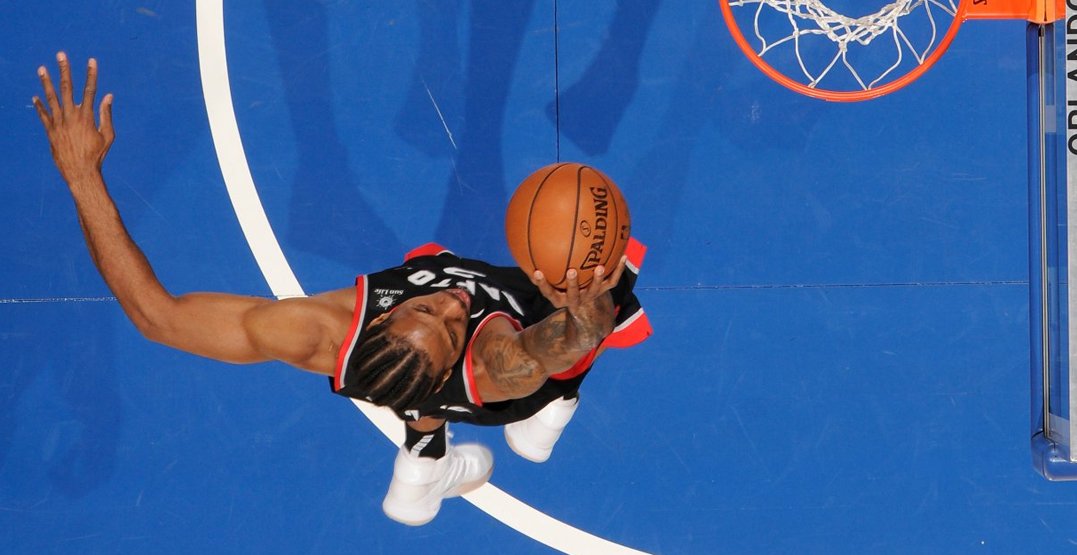 Kawhi Leonard is showing he is ready for a deep playoff run.

Leonard and the Raptors coasted to victory in Game 4, defeating the Orlando Magic 107-85 and jumping out to a 3-1 series lead.

It was Leonard who led the way with 34 points, 6 rebounds, 2 steals, and 2 blocks on 60% shooting. After being reportedly under the weather in Game 3, he bounced back in a big way and was able to get to score at will.

Kawhi puts up 18 1st half PTS for the @Raptors in Game 4!#WeTheNorth 58#BlueAndWhiteIgnite 42#NBAPlayoffs on @NBAonTNT pic.twitter.com/c7qnPLbNR4

It was a dominant defensive performance from Leonard as well, making a couple big time rejections at the rim.

We've said it before, and we'll say it again

“It has been a lot of fun,” Leonard told media after the game. “This is what you play for all season long and I am just happy to be back out there.”

Although Leonard was a standout, the defensive effort from the entire Raptors squad was evident and it was a block party all night long.

Serge Ibaka made a massive stop on Aaron Gordon in the first quarter. Then, Marc Gasol shut the door on Nikola Vucevic.

Pascal Siakam also decided to get in on the fun.

“We all know defence is going to win us games in the playoffs,” Siakam said after the game. “I think we did a great job of that tonight.”

Siakam finished with 16 points and Norman Powell came off the bench to drop 16 of his own.

Needless to say, all of the highlight reel stops had head coach Nick Nurse in awe.

With the win it becomes the first time in franchise history that the Raptors have ever led 3-1 in a postseason series.

Since the upsetting loss in Game 1, the Raptors have looked like the dominant team that won 58 games in the regular season. The team, led by Leonard, is rolling and starting to find their rhythm as a unit.

The series now shifts back to Toronto for Game 5 on Tuesday, where the Raps can look to close out the first round.