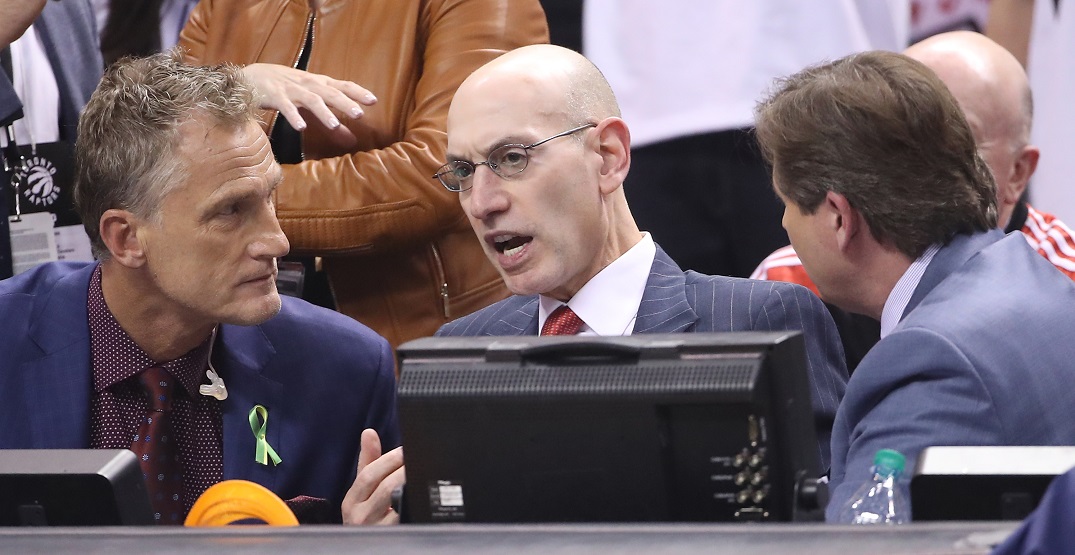 Leo Rautins has departed from Sportsnet’s coverage of the Toronto Raptors, the network announced Thursday.

Rautins had served as the team’s colour commentator on Sportsnet broadcasts since the inaugural season of 1995-96.

Rautins will be replaced by former Raptor Alvin Williams, who has been on the Sportsnet broadcast team since 2015.

Matt Devlin and Williams will make up the Sportsnet team, while Devlin and Jack Armstrong will call the TSN games.

“A beloved member of our team, we would like to sincerely thank Leo Rautins for 20+ years of tremendous passion, commitment & dedication to Sportsnet viewers across Canada. We count ourselves lucky to have had you on our team. Thank you, Leo!” Sportsnet’s PR account said in a tweet.

The news of Leo Rautins’ departure also came concurrently with the release of the Raptors’ broadcast schedule, with Sportsnet and TSN each carrying 41 games. The Raptors are set to begin their season on October 20, where they host the Washington Wizards for their first game back in Toronto since February 2020.

The reason behind Rautins’ departure from Sportsnet is currently unclear. Rautins did confirm Friday that he’d be continuing on his role with TSN as a studio analyst this season.

Huge thanks 🤗 to all for your kind words & thoughts – I am beyond touched & humbled!🙏🏼☺️ I will be back on #TSN’s 🏀 @Raptors broadcasts this season – more info to come – and I’m ready for another fun & exciting year – my 27th!!🙏🏼💪😊#dayoner #livingthedream pic.twitter.com/AY3Vru2j9F