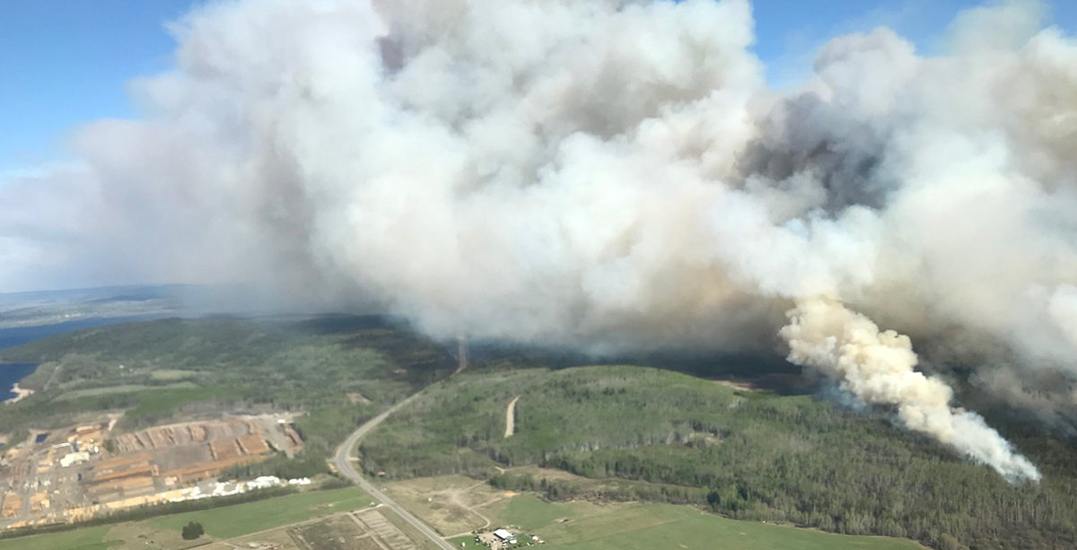 Crews are battling a wildfire in Lejac, a community in the Nechako Country region of BC.

The blaze, which was located east of the Fraser Lake, broke out on Saturday, May 11, and reached 260 hectares in size before the end of the night.

The #BCWildfire Service is responding to the Lejac wildfire located 5 km east of the community of Fraser Lake. The Regional District of Bulkley-Nechako is in the process of implementing evacuation alerts and orders for some areas. They will be posted here: https://t.co/ZfwgNIQUhB pic.twitter.com/59I4f2cOjL

The Regional District of Bulkley – Nechako declared both a local state of emergency, as well as an evacuation order the day that the fire broke out.

Fortunately, both the order and the state of emergency were cancelled within a 24-hour period. Part of the town remains under an evacuation alert in the meantime.

In total 40 firefighters, one helicopter, and 15 heavy equipment units were called to battle the wildfire.

As of this earlier morning, the blaze is believed to be around 236 hectares and 50% contained.

The cause of the fire is still being investigated, although it’s believed to be human-caused at this point in time.