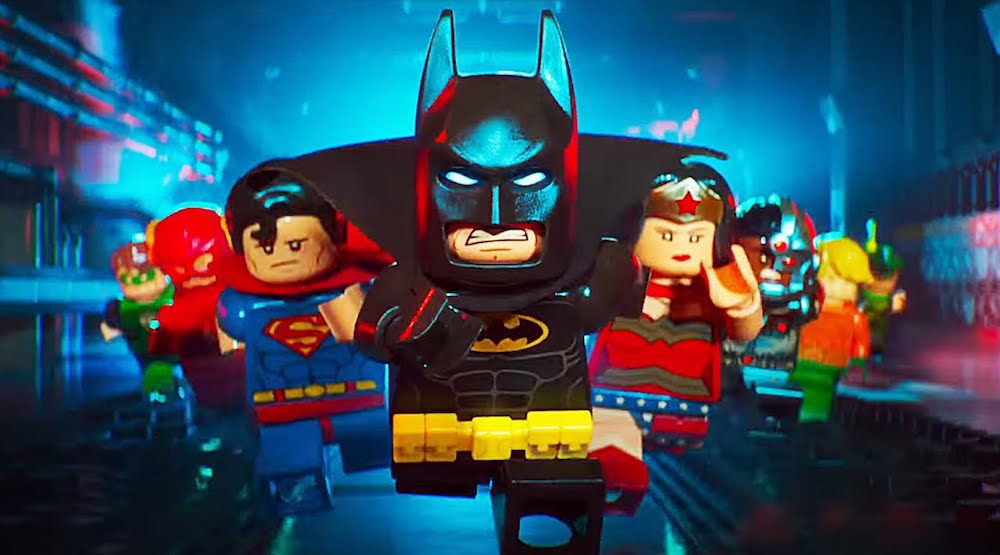 After the massive global success of 2014’s The Lego Movie, it’s fair to say there was some trepidation about a spinoff seeking to capitalize on one of the flick’s main scene-stealers. Thankfully, you can put your anxiety to rest because The Lego Batman Movie (for the most part) quells any fear this latest venture is merely a merchandise-laden cynical cash grab.

The story unfolds with an enormous action set piece that is sure to dazzle audiences as the Caped Crusader foils yet another of The Joker’s (voiced by Zach Galifianakis) nefariously ambitious schemes.

Once things settle down, we see our hero return to the confines of his underground lair and are treated to a truly surprising aspect of the movie: Batman is kinda lonely but he won’t admit it; a bit involving reheated lobster thermidor nails this message brilliantly. Ironically, the emotional exploration of the animated main character is arguably more effectively conveyed than some of the live action versions. 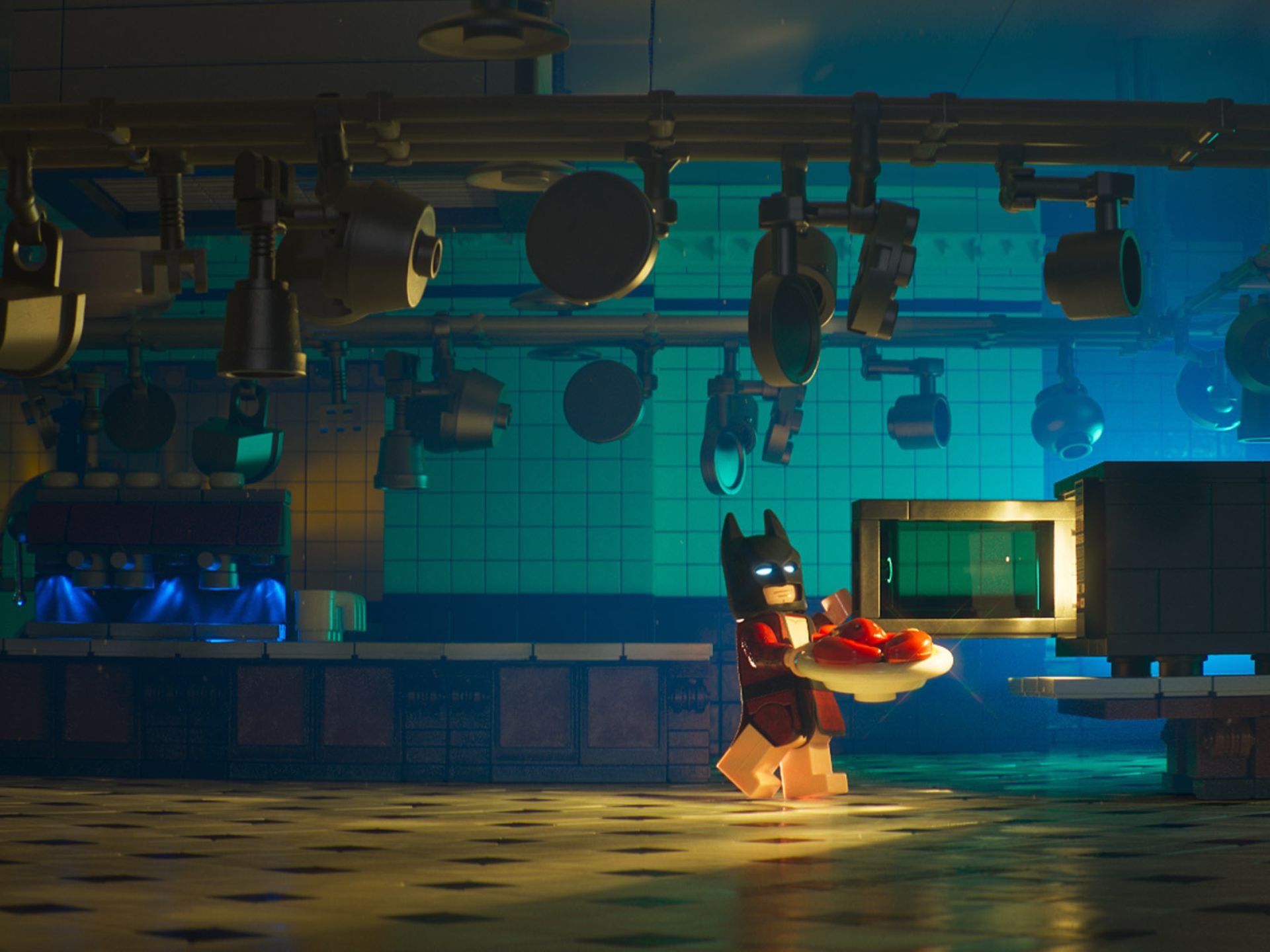 The legendary Ralph Fiennes, as stalwart butler Alfred Pennyworth, really helps drive the point home during the quieter, and oddly poignant, moments of dialogue. But all is not lost for the Bat as he soon reluctantly begins to care for a local orphan named Richard Grayson, aka Robin (fellow Canadian Michael Cera).

Things begin to get complicated after The Joker hatches a new plan to willingly surrender to authorities, only to be banished to the Phantom Zone, thereby enabling him to gather together a hilarious cast of baddies. These sidekicks include a batch of Gremlins (referred to lovingly as ‘80s monsters) and even the Eye of Sauron of The Lord of the Rings fame. These sequences also serve to remind the viewer just how many damn properties Lego actually has the rights to now.

Soon enough, Batman, Robin, and Batgirl (Rosario Dawson) team up with a merry band of recognizable superheroes to take on Joker and his army of diabolical foes. 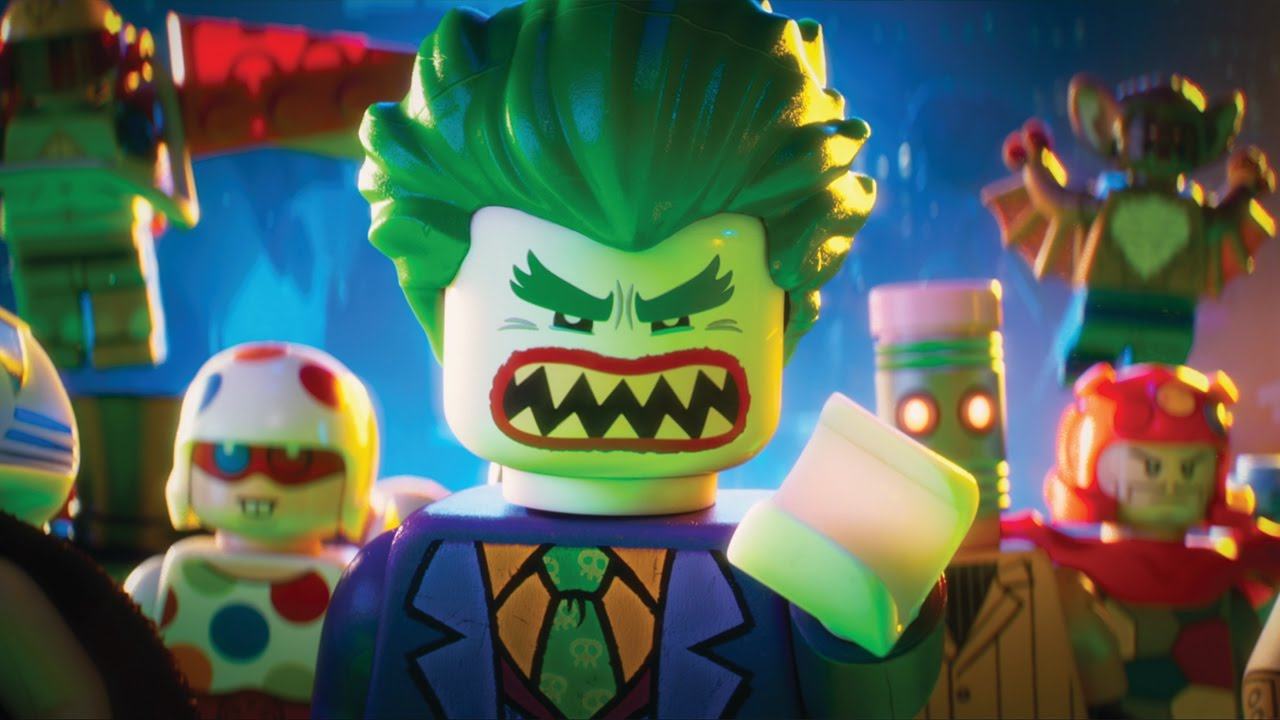 Perhaps the most amazing feat accomplished by Lego Batman is how the writers have crafted a genuinely thrilling comic book film. It’s a story that manages to delicately balance a new and somewhat original instalment in the crowded universe while lampooning the hell out of every incarnation we’ve seen over the decades.

No iteration of Batman is safe from mockery here; from the swinging ‘60s Adam West days to the horribly campy Joel Schumacher era to Christian Bale’s brooding treatment of the vigilante hero — the meta-jabs are peppered throughout. Many will be wishing for PVR pausing capabilities in the theatre, as numerous jokes are fired at a ‘blink and you’ll miss them’ rate.

That being said, the family-friendly flick has its share of problems. Lacking the magic and originality of The Lego Movie, this treatment is confined to the setting and characters of Gotham City and can feel somewhat bridled at times. This is obviously the inevitable result of a specific brand (more on that in a second) but it also lacks the madcap lunacy and wildly imaginative visuals that made the original Lego big screen adventure such a huge hoot.

Still, there is a lot of spectacular action and often stunning production design at play here. 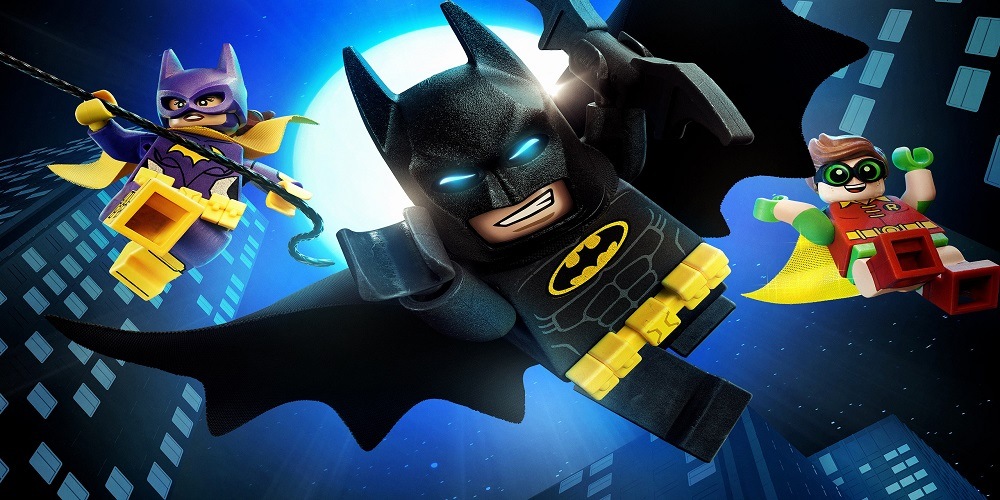 The other glaring issue is that Lego Batman is one giant toy commercial. This will come as a surprise to virtually nobody who saw the first movie and, although its intentions are admirable, an air of cynicism persists in some areas of the story as you can literally see actual toys being showcased on a giant screen. I predict that Batman’s custom-made ‘Scuttler’ vehicle will be flying off the shelves.

Quibbles aside, Lego Batman is an often uproarious crowd-pleaser that should satisfy children and adults alike, even if it doesn’t rewrite the superhero plot playbook. What the movie lacks in originality, it makes up for in breathtaking visuals, epic action, surefire humour, outstanding vocal talents and, maybe most importantly, an emphasis on character over spectacle.

I give The Lego Batman Movie a solid 4 out of 5 pieces of popcorn.

The Lego Batman Movie is playing at a theatre near you, rated PG and is 104 minutes long.