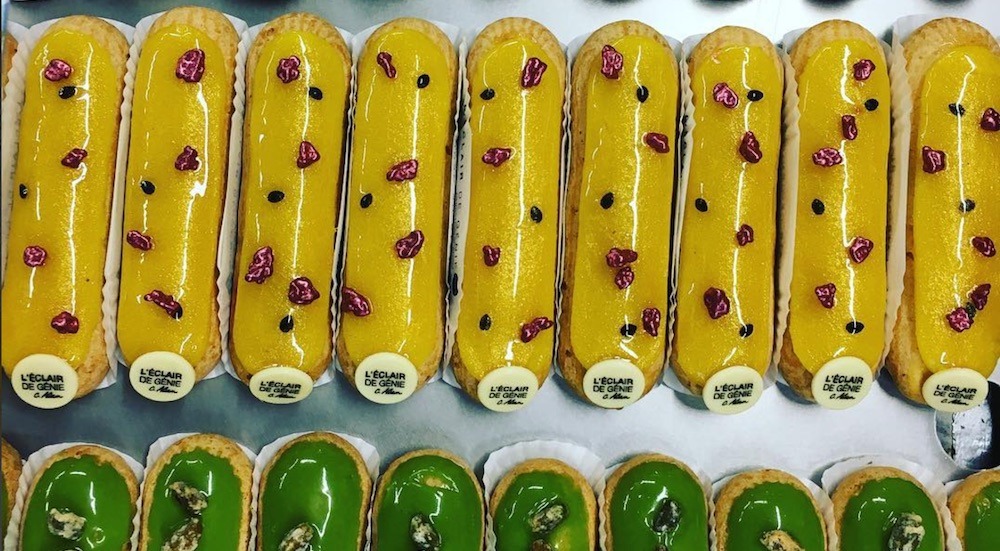 Move over May flowers, if it’s time for Spring showers in Vancouver it’s time for an all-éclair shop straight from Paris to finally open its doors on Robson Street.

L’Éclair de Génie is planning for an April 22, 2017 opening date, and it’s time to get our tastebuds ready for the next French invasion.

Considered the current most popular patisserie treat in France, the éclair gets haute at L’Éclair de Genie, under the care of French pastry chef Christophe Adam, whose creations are a dazzling treat for the eyes as well as your tummy.

Adam says his éclair shop has a roster of 257 flavours, and growing, since he loves to experiment with new flavours, textures, and colours.

“The éclair must have oomph, with a dazzling, modern look,” says Adam in a media release.

And boy do they. Having been dazzled by L’Éclair de Genie in Paris, I can attest they are delicious goodies in a tempting array of flavours and colours. Think Pistachio Orange with a vibrant green icing, or Milk Chocolate Praliné with chocolate-y embellishments.

While there are L’Éclair de Genie locations in Paris and Asia, the Vancouver store will be the very first in North America.

If you want to try your hand at Adam’s gorgeous creations, he does have a new cookbook, aptly titled Éclairs, but you might prefer to wait until April 22 for the Robson Street shop to open.