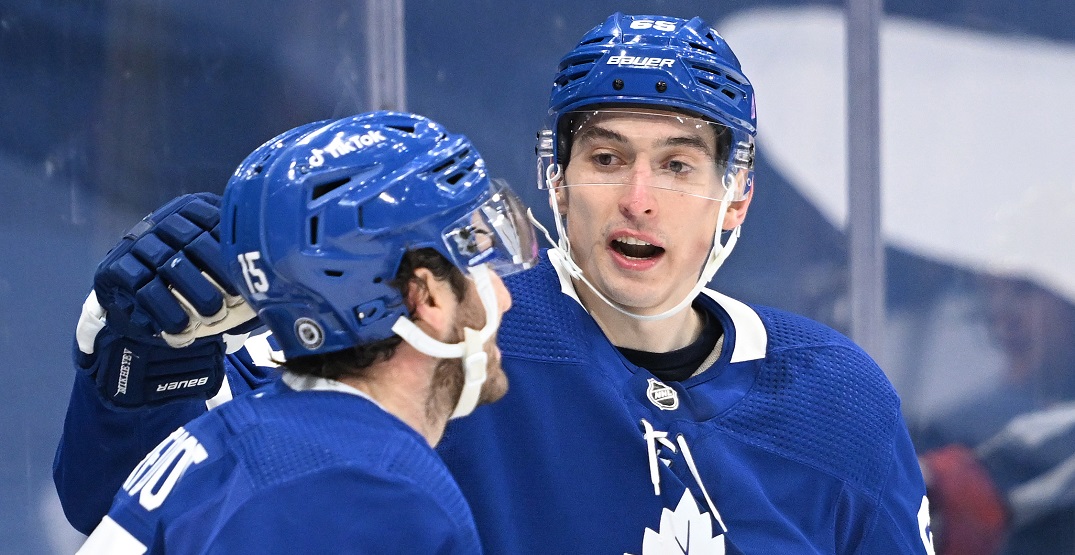 If the free agency market is to follow? That’s a little bit less clear.

Hockey insider Pierre LeBrun tweeted this afternoon that the Leafs are “open to trading the rights” of Mikheyev, who is currently without a contract ahead of the July 13 free agency window.

The Leafs have informed teams they're open to trading the rights to pending UFA Ilya Mikheyev.

Essentially, the Leafs could give up their exclusive negotiating window with Mikheyev over the next two weeks, while a new team could trade a small return — likely a late draft pick or a low-end prospect — in exchange for the chance to speak to the 27-year-old forward before July 13.

Mikheyev was linked as a target to the Canucks earlier this month according to CHEK’s Rick Dhaliwal.

Evolving-Hockey reports Mikheyev’s contract projection comes in at a six-year deal at $5.005 million per season, as he’s projected to leave the Leafs per their model.

Mikheyev put up career highs this past season, scoring 21 goals while adding 11 assists in 53 games for the Leafs. Across three years with the team, he’s put up 36 goals and 36 assists for a total of 72 points in his 146 games after signing as a free agent out of the KHL’s Omsk Avangard in the summer of 2019.