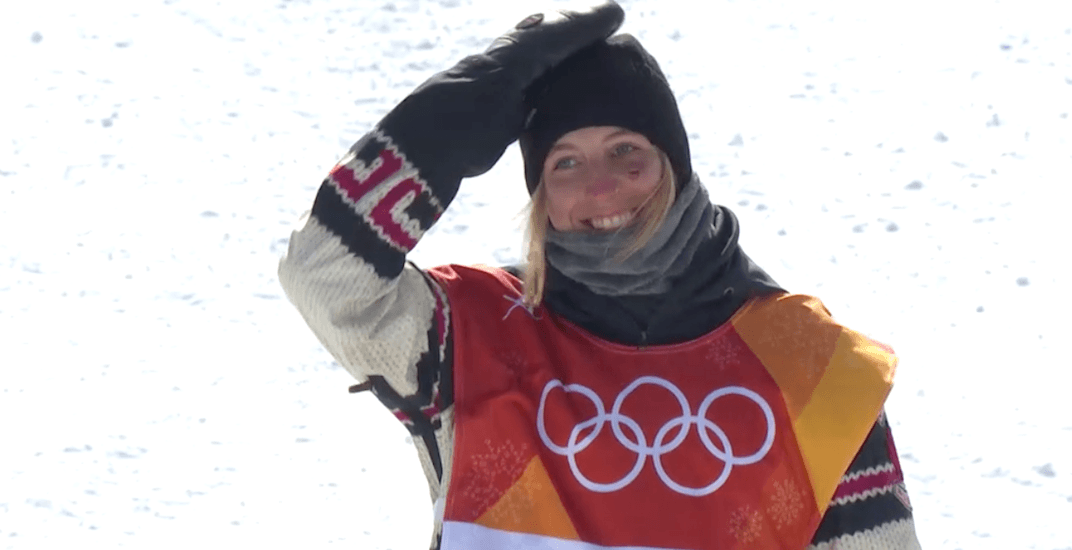 Canada has picked up another silver medal at the Winter Olympics in PyeongChang.

This time it’s from snowboarder Laurie Blouin in women’s slopestyle.

Poor weather cancelled qualifying runs yesterday, with organizers moving to a more abbreviated competition today. After a poor first run earned her a score of 49.16, she needed to do more with her second (and final) chance.

Blouin’s medal is the third won by a Canadian snowboarder in slopestyle in these Games, with Max Parrot and Mark McMorris capturing silver and bronze respectively in the men’s competition yesterday.

Like McMorris, Blouin wasn’t sure if she was going to be able to compete.

This is Canadian Laurie Blouin, the reigning World Champion, on the sled after her crash in Slopestyle training just minutes ago. She looked to have landed a double on her final hit and then (seemingly) caught a rut and went down heavily. pic.twitter.com/e7vVVHvgd4

Team doctors and coaches continue to monitor her condition and evaluate her ability to compete in tomorrow's qualification. New information will be shared when it is made available. (2/2)

Blouin was taken to hospital three days ago after she went down hard when her snowboard got stuck in a crack after landing a jump in training.

She was still unsure if she was going to be able to compete when she posted this to Instagram two days ago: 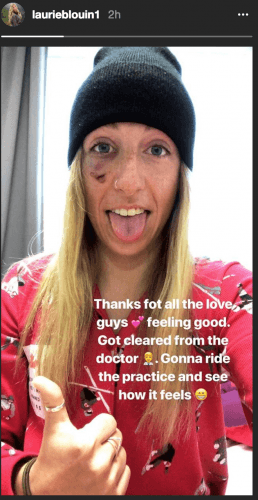 Clearly she wasn’t bothered by the black eye.

Canada’s medal total is now up to six (1 gold, 4 silver, 1 bronze), the second-most of any country at the Olympics so far.