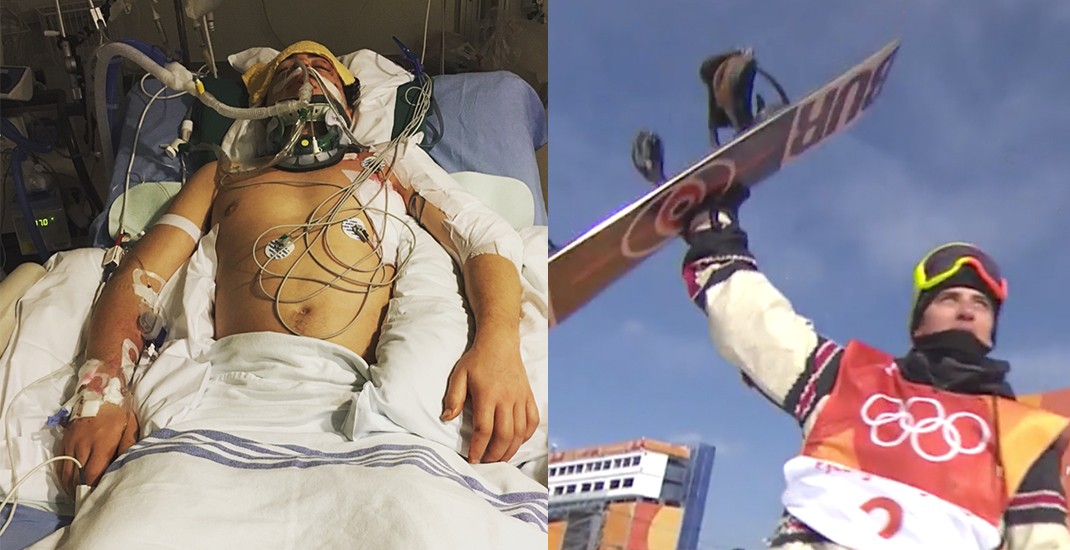 Riding with his brother Craig and a group of friends in the Whistler backcountry, the Canadian snowboard star misjudged a takeoff due to flat light. He hit a tree.

He was airlifted to Vancouver General Hospital and underwent two surgeries to control bleeding from the spleen and repair his jaw and arm fractures.

“So so thankful to have my life,” he wrote in an Instagram post on April 2nd. “It was touch and go there for a second and I don’t know how I can thank everyone enough for praying and sending healing vibes.

“I was pretty sure I was going to die,” he added.

“I will never take another day on this earth for granted.”

The 24-year-old Olympian is living his best life, winning a bronze medal on the second day of competition at PyeongChang 2018. McMorris placed third in slopestyle for a second straight Olympics, with teammate Max Parrot taking silver.

Remarkably, this isn’t the first time McMorris has overcome adversity to reach an Olympic podium. Four years ago in Sochi, he won bronze just two weeks after breaking a rib at the Winter X Games.

McMorris’ Olympic journey isn’t complete, either. He will compete in the big air event, an intriguing competition that makes its Olympic debut during the second week of the Games.