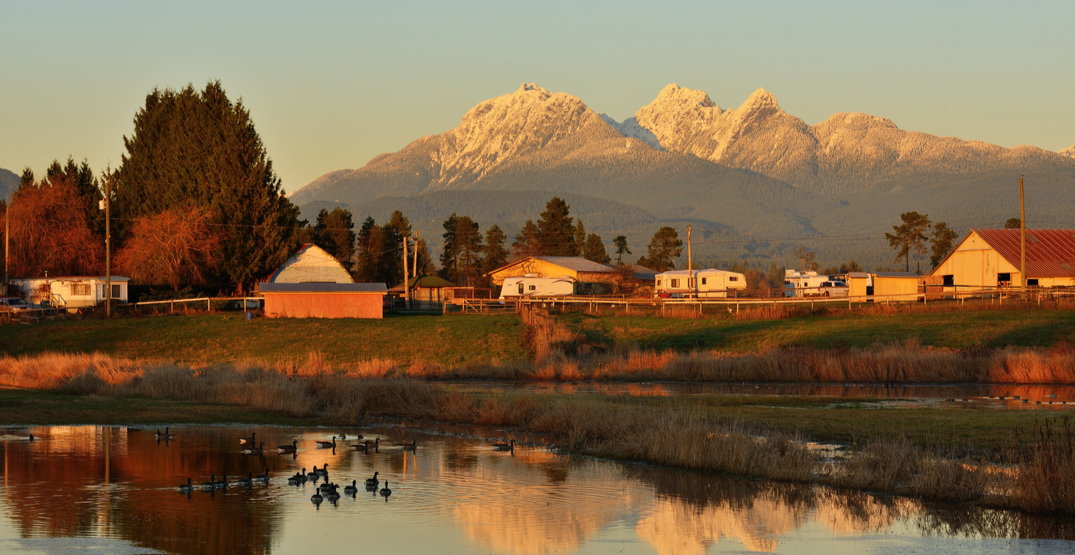 Farm houses in Langley and the Golden Ears Mountain (Shutterstock)

A Metro Vancouver city has been named among the smartest communities in the world.

“The Top7 represent models of economic and social transformation in the 21st century,” the Forum says. “They are not the most advanced technology centres, the most wired cities, or the fastest growing economies in the world.”

“Instead, each exemplifies best practices in broadband deployment and use, workforce development, innovation, digital inclusion, and advocacy that offers lessons to regions, cities, towns, and villages around the world.”

In order to be chosen, each community completes a detailed questionnaire based on community indicators and an annual theme. A team of academic analysts then reviews the questionnaires from each city or community, then scores them and produces a ranking of all candidates. The seven highest-ranking candidates are then placed on the shortlist.

This year, the Township of Langley cracked the ICF’s Top7 of 2021. The city was selected because it “puts its energies into engaging all sectors of the community in progress.”

Some examples of this were developing a heritage centre for the Katzie and Kwantlen First Nations at the local museum as part of a truth and reconciliation dialogue. Or how Langley schools offer career exploration workshops and internships with local employers.

Langley is one of three Canadian finalists, with Winnipeg, Manitoba, and Mississauga, Ontario cracking the list. Notably, Mississauga was shortlisted due to its attractive market for internet service providers, as well as its training for secondary and post-secondary students.

The ICF’s Top7 of 2021 are as follows, in alphabetical order: