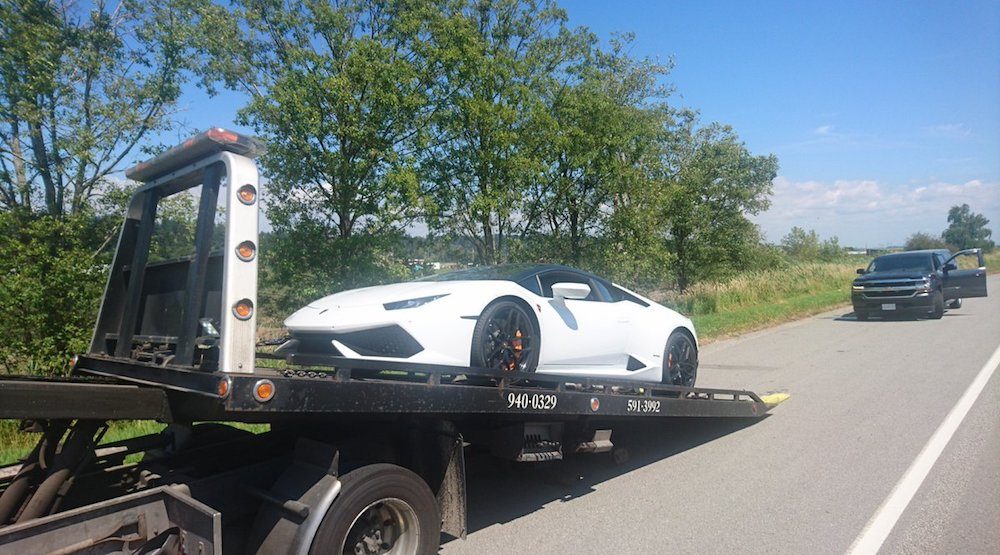 Fast drivers in the Lower Mainland are surely furious over their impounded cars this week, as another sports car was towed off to the lot after clocking in well over the speed limit.

According to the Delta Police, a rented 2015 Lamborghini Huracan driven by a 20-year-old California resident was pulled over after an officer caught it reaching 155 km/h yesterday.

While that doesn’t quite reach the outrageous speeds of last week’s Ferrari—which hit 210 km/h driving across the Lions Gate Bridge—the Lamborghini will still be joining it behind the chain link bars of an impound lot.

Sharlene Brooks, public affairs coordinator with the Delta Police Department, told Daily Hive that the driver had been pulling away from the pacing officer on Highway 99 prior to being pulled over, meaning he reached speeds even higher than 155 km/h.

“Travelling at that rate of speed, changing lanes back and forth, that is presenting a significant risk to the other drivers on the road,” Brooks said. “In this case this young man learned a very tough but apparently necessary lesson, and I hope that he learns it the first time.”

The California resident rented the car in Washington state, and will have to pay the approximate $1,000 US per day rental fee for the seven days that the car is impounded—on top of the storage fee of the impound lot, and the $368 speeding ticket.

It seems to be a dangerous time on the roads, as even a SmartCar was pulled over and impounded for speeding this morning, travelling at 139 km/hr on the Lions Gate Bridge.

Another driver impounded for #ExcessiveSpeed on #LionsGateBridge this AM. 139k. It was a #SmartCar. We’ll leave it at that. Pls Slow Down!