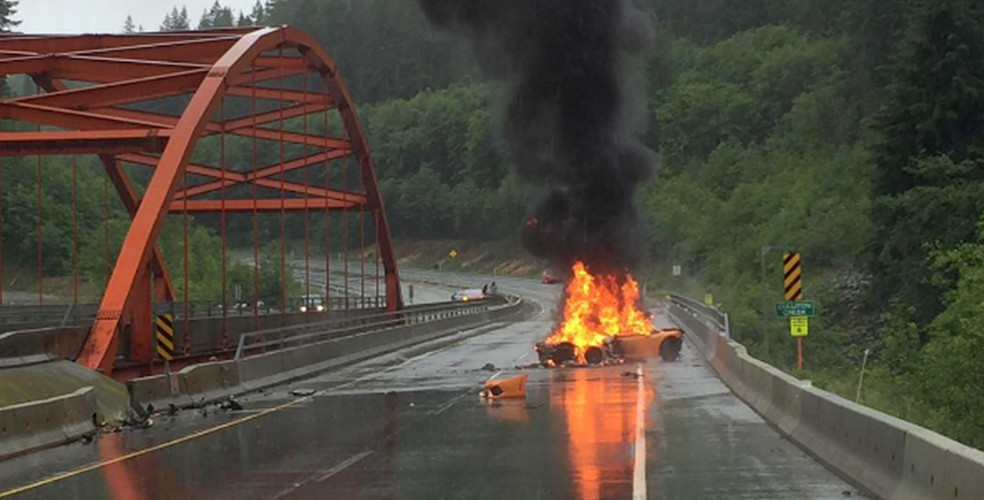 Well, you don’t see this every day.

An orange Lamborghini Gallardo burst into flames on Saturday afternoon during an otherwise scenic drive down the Sea-To-Sky Highway. It was one of a fleet of several exotic supercars that are up for rent by a company called Scenic Rush.

The crash happened around 4 p.m. on Saturday and the driver escaped unscathed – the same can’t be said for the Lamborghini, however.

For reference, here’s what the car looked like before it was burnt to a cinder: