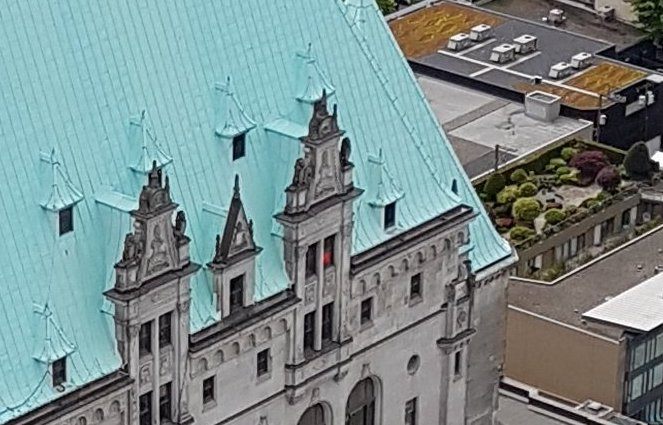 The Lady in Red is likely Vancouver’s most famous ghost, and she’s certainly the most glamorous.

She’s said to be the spirit of a woman named Jennie Pearl Cox, a Vancouver socialite in the 1940s. Apparently she was killed in a car accident mere steps from the doors of the Hotel Vancouver in 1944.

And, if the stories are to be believed, Mrs. Cox has made the hotel her home ever since.

Well, those stories might have found some proof if this photo snapped by a Vancouver Tweeter is to be believed.

The image, which was shot by Vancouverite Scott Graham on Wednesday May 24, seems to show a red figure in an upper window of the iconic hotel.

They say that @FairmontVan is haunted by the "lady in red." She's in this picture in a window near the top right. No Photoshop. #haunted pic.twitter.com/ZaSZYdJTm3

Zoom in a little and the image becomes even more intriguing. 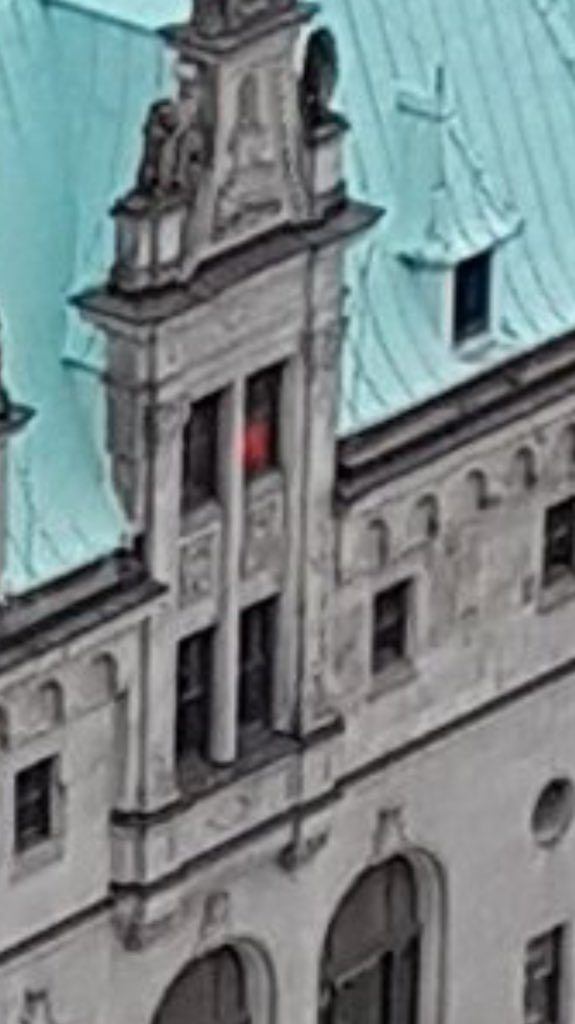 So is this photo proof that the Lady in Red exists?

That’s currently open for debate with Graham promising his followers that the image wasn’t altered.

FYI I took this picture on Wednesday (May 24) with my phone. I also do work in the hotel & that floor is off limits at the moment. https://t.co/vrJ2FgPWEy

Not the first sighting

This isn’t the first sighting of the infamous apparition however.

Plenty of guests have claimed to have spotted the spirit over the years, with most of them taking place on the 14th floor. Over the years various guests have also reported seeing her in rooms.

In fact, it’s said that one Japanese family were so confused on finding her in their room, that they thought it had been double-booked.

So what do you think of this latest evidence? Is she real or not?