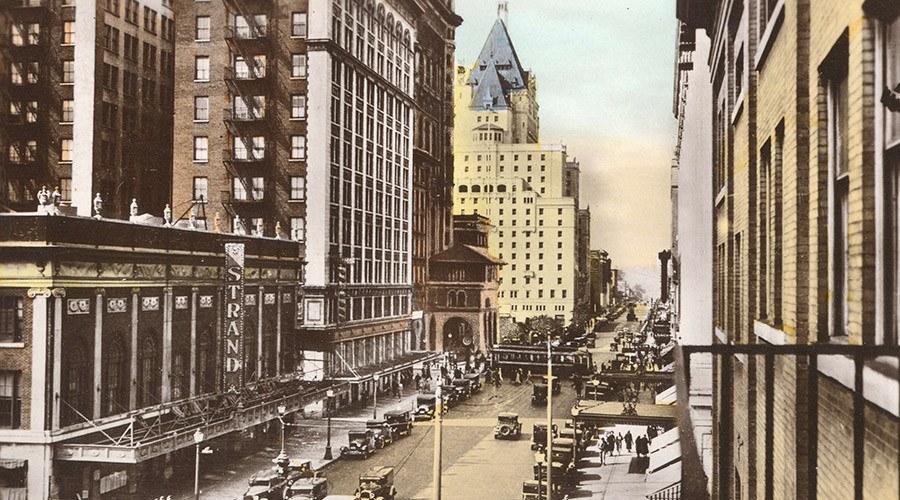 The Lady In Red is likely Vancouver’s most famous ghost, and she’s certainly the most glamorous.

She’s said to be the spirit of a woman named Jennie Pearl Cox, a Vancouver socialite in the 1940s. Apparently she was killed in a car accident mere steps from the doors of the Hotel Vancouver in 1944. And, if the stories are to be believed, Mrs. Cox has made the hotel her home ever since.

However long-serving concierge David Reid has a theory that the Lady In Red isn’t the only apparition to haunt the Hotel Vancouver:

How long have you worked at the hotel?

Where exactly does the Lady In Red hang out in the hotel?

Most of the sightings have been on the 14th floor, although she’s been seen passing through elevator doors on the 1st floor too. Over the years various guests have also reported seeing her in rooms.

It’s said that one Japanese family were so confused on finding her in their room, that they thought it had been double-booked. 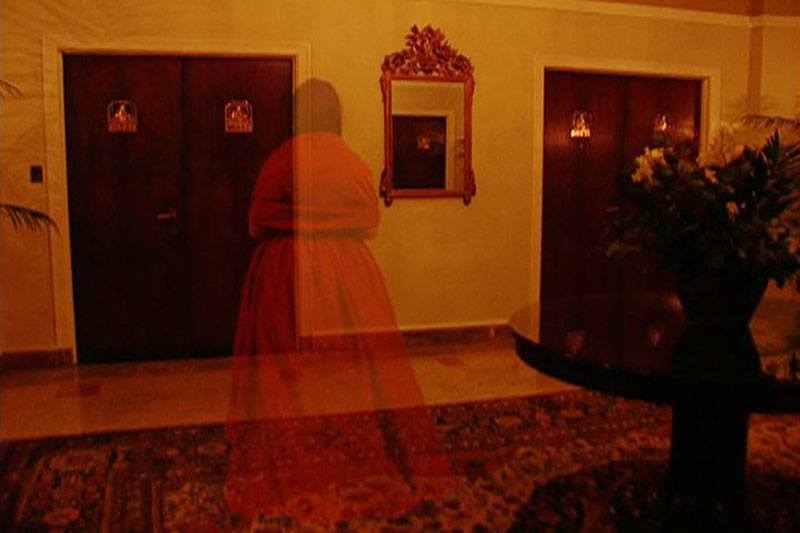 An actor plays the Lady In Red. Image via Fairmont Hotel Vancouver.

Have you ever seen the famous Lady In Red?

Although I have not seen her in person, I do believe I have come into contact with her.

When I first started working here we were allowed to stay in the hotel for one night to get an idea of what it would be like.

At about 3 am I awoke and was pleasantly surprised that my bathroom light had been turned on while I was asleep.

I’ve always figured it was the Lady In Red helping guide my way in the wee hours of the morning.

What’s the most vivid tale of the Lady In Red you’ve heard during your time at the hotel?

The most vivid tale of a ghost at the hotel didn’t actually concern the Lady In Red, but an entirely different spirit.

Before my time at the hotel, we used to have our Dine and Dance at the Panorama Roof Restaurant. The story goes that one night while vacuuming the floor after closing, one of our housekeepers noticed a very well-dressed gentleman wearing a fedora, seated in the restaurant.

After a moment the housekeeper realized that she had seen him not in colour, but in black and white. She looked back again to re-confirm what she had seen and he was gone. It was a hair-raising realization that she had just seen a ghost. Who he was, no-one knows. 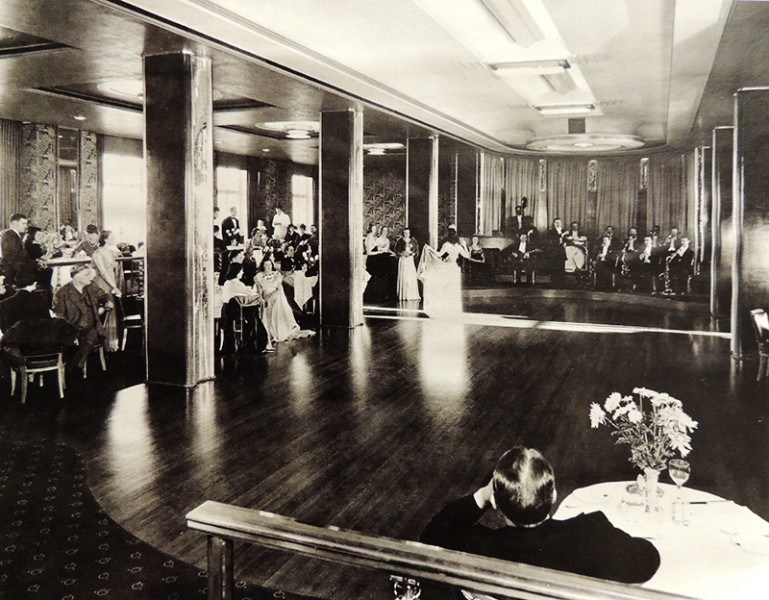 The Panorama Roof in 1940. Image via Fairmont Hotel Vancouver.

Any advice for guests should they come across the Lady In Red?

Everyone at the hotel considers her a friendly ghost, so you don’t need to worry. Don’t try following her through closed elevator doors though.

You can book a night at the Fairmont Hotel Vancouver – make sure you ask for a room on the 14th floor for the best chance of seeing the Lady In Red.