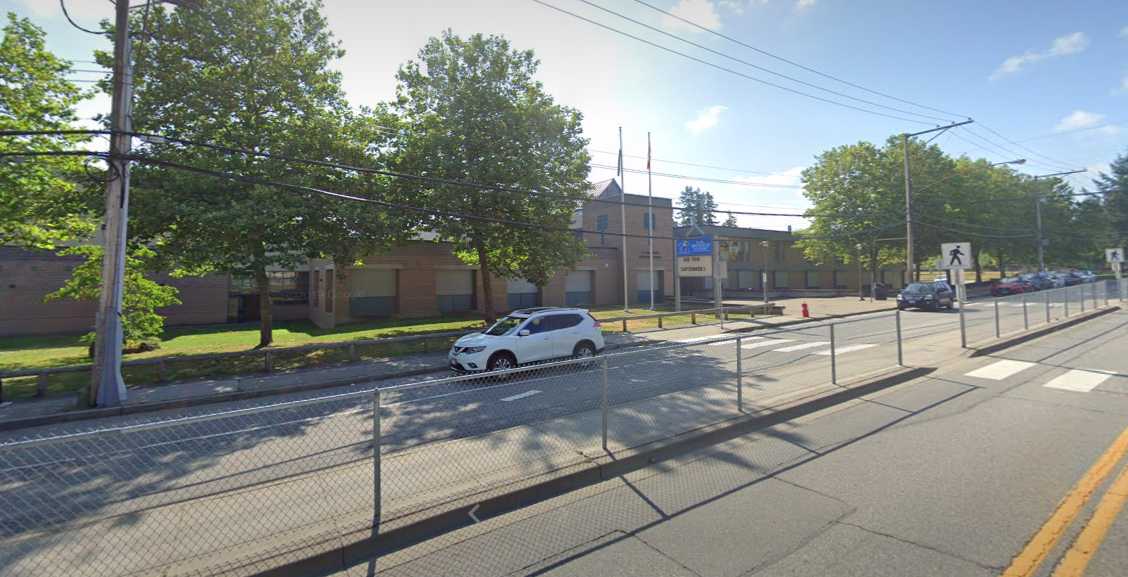 Police descended on LA Matheson Secondary in Surrey after an assault with a weapon Friday morning left a staff member with serious injuries.

A 19-year-old Surrey man is in custody following the incident, which police say was targeted. The suspect is not a student nor a former student at the high school.

Surrey RCMP said in a news release that the assault happened around 8:25 am, and the victim, a staff member, was taken to hospital.

Tactical officers descended on the school, which was put on lock down until shortly before noon. After the lock down was lifted, students were sent home.

People saw the suspect leave the area in a grey Kia vehicle. After doing interviews to get a description of the man, police found and arrested him around 4 pm in Vancouver.

No charges have been laid yet.