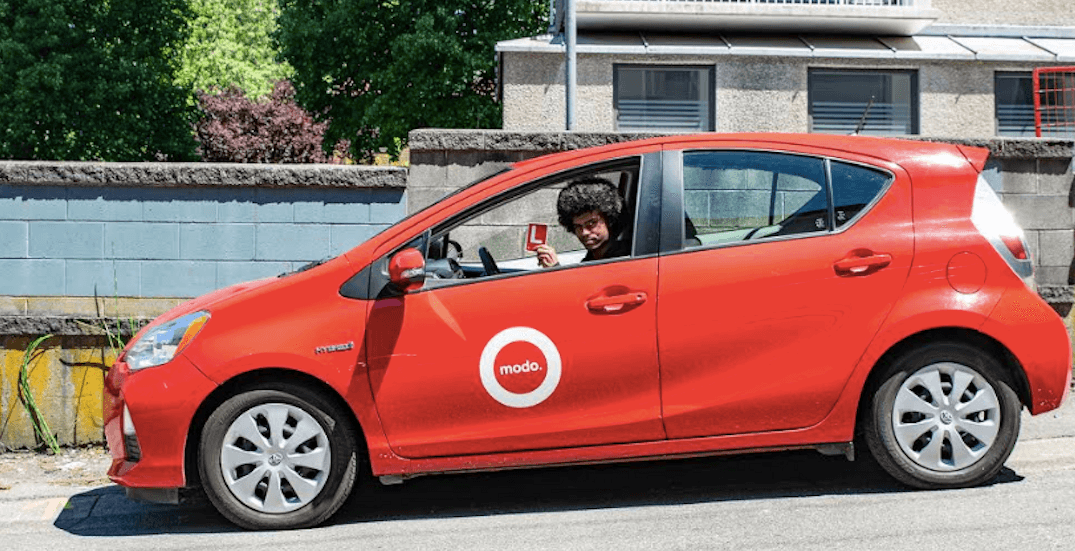 In a move it says is a first for the North American carshare industry, BC-based carshare co-op program Modo announced today that drivers as young as 16 with ‘Learners” or “L” licenses can now participate in the program.

In a release, Modo said it hopes the move will “will inspire the next generation to consider carsharing over car ownership.”

Modo’s fleet includes over 600 vehicles across the Lower Mainland, on Vancouver Island, and in the Okanagan.

“It’s very fitting that Modo is the first carshare in North America to enable younger people and those with an “L” to use our service, as it aligns exceptionally well with our purpose,” said Modo’s Director of Marketing, Selena McLachlan. “Learners… are able to join the co-op… while driving behaviours are still being formed.”

Green Members will join under a Principal Member’s account, who must be a member-owner of the co- op, 25 or older, with a full license.

Like all drivers with an “L,” they must be accompanied by an adult with a full license.

Under Modo’s Green Member Program, this can be the Principal Member, or a “qualified supervisor” as per ICBC’s rules and regulations.

Modo started in 1997 as the first carshare co-operative in the region.

More information about Modo – as well as the new program – is available online.