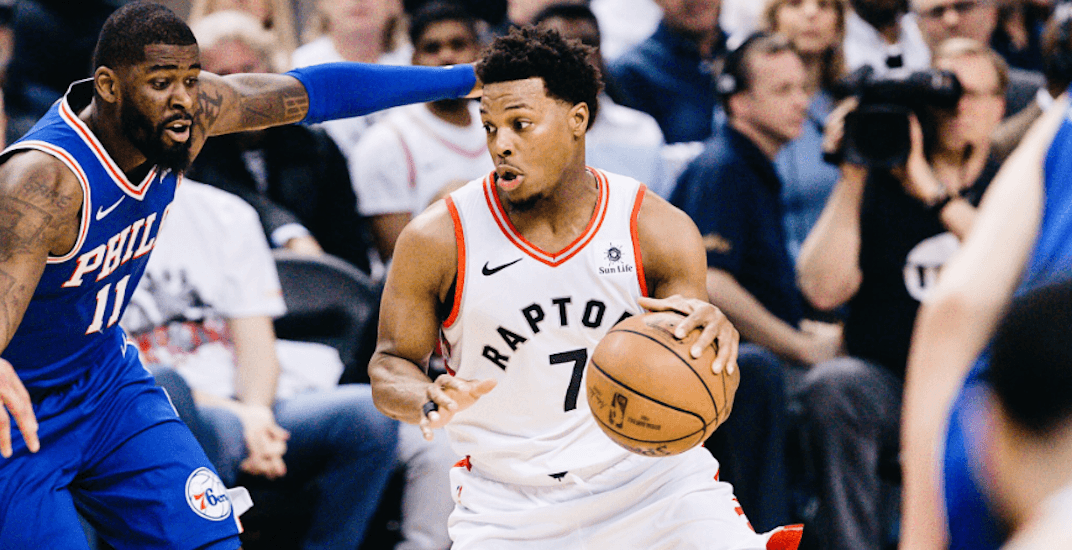 Like it or not, the Toronto Raptors have earned a bit of a reputation in recent years.

In the postseason for the sixth year in a row, Toronto has proven to be an excellent regular season team. But given they’ve lost in the first-round twice and have been swept three times during that span, they became known as playoff chokers.

Last year’s second-round sweep was particularly embarrassing for the organization, as they were dominated by LeBron James following a Raptors franchise record 59-win season.

Masai Ujiri had seen enough. He now famously fired head coach Dwane Casey and traded DeMar DeRozan in the offseason that followed, but his moves didn’t end there. Longtime big man Jonas Valanciunas was shipped out in-season, in a deal that also included CJ Miles and Delon Wright.

As the team entered this year’s postseason, they did so without most of the players responsible for past disappointments. Of their five starters, three are new to the team this year and Pascal Siakam didn’t play a large role until this season. But one name remains the same.

Kyle Lowry is the last remaining player that has been through each and every playoff disappointment since the Raptors’ heartbreaking Game 7 loss to the Brooklyn Nets in 2014. He’s been counted on heavily since arriving to Toronto in 2012.

So if the Raptors can’t at least make it to the Conference Finals this year, a year in which the team loaded up with Kawhi Leonard and others to make a run, Lowry will wear the failure more than anybody.

An All-Star and a leader, Lowry simply can’t have off-nights if the Raptors expect to beat an Eastern Conference powerhouse like the Philadelphia 76ers.

That was evident in Game 3, when Lowry shot 2-for-10 from the field, scoring just seven points, and putting together the worst plus-minus (-28) of all players. It’s not all on Lowry, of course, but consider that this postseason includes a game where he contributed zero points in a loss to Orlando.

You can point the finger in a few directions – Marc Gasol had just seven points in Game 3, while the Raptors’ bench combined for just 15 points – but Lowry is expected to make a difference on the scoreboard.

Everyone foresaw this to be a tough series because the 76ers are a good team, but they’re one the Raptors can and should beat.

To get blown out, like they did by being outscored by 21 points in Philadelphia, is particularly incredible given how well Kawhi Leonard has performed.

The Raptors’ superstar has been as good as advertised in these playoffs, and in this series in particular, scoring 45 points in Game 1, 35 in Game 2, and 33 in Game 3.

But Kawhi needs help, and Lowry knows it.

Lowry’s reputation will be on the line in a near-must-win Game 4, Sunday in Philadelphia (3:30 pm ET on TSN).