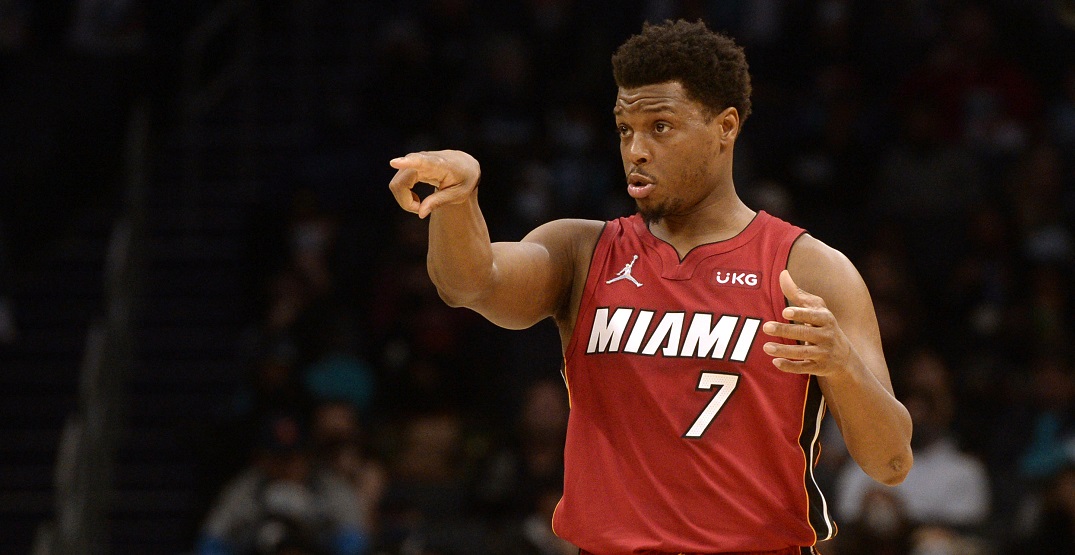 Kyle Lowry may have left the Raptors in the offseason, but it’s clear he’s still holding Toronto in high regard.

The current member of the Miami Heat spoke to reporters ahead of his much-anticipated return to play the Raptors on Sunday night, while showering praise throughout his former team’s lineup. Lowry spent nine seasons with the Raptors, culminating in six All-Star appearances and the franchise’s first NBA championship in 2019.

It’s a big game: mayor John Tory actually proclaimed it “Kyle Lowry Day” in Toronto to show tribute to the Raptors legend. Lowry penned a short letter in The Players’ Tribune on Friday, but hammered one key message throughout:

Answering a question on his former team, Lowry spoke about what he liked from this year’s Raptors squad.

Kyle Lowry on what he’s taken from the effort level of this years’ #Raptors team:

“There’s never a moment where these guys feel that they can’t win a game.” pic.twitter.com/K4Yo6AZO7s

“There’s never a moment where these guys feel that they can’t win a game,” Lowry said. “It reminds me a lot of the team, that when we were down 15 in the fourth quarter, we’d find ways to win games.”

Lowry gave some kudos to the coaching staff for leading the team to a 45-win season after finishing with just 27 the year prior while playing the entirety of their home schedule at  Tampa’s Amalie Arena.

“These guys are really good, they’re very athletic,” Lowry said. “[Head coach Nick Nurse] has done a great job. [The Raptors] had an off year with missing the playoffs, but they’re right back where they’re expected to be.”

Lowry also emphasized how important it was to keep a strong relationship with the Toronto front office during last offseason.

“They just wanted to say, we’d never disrespect you in any type of way, and I felt the same. We wanted to do it the right way…when you give me so much for a franchise, they’ve given you so much, you want to see them successful however that is,” Lowry added. “It was time for the next phase.”

Lowry told some old former teammates he would be emotional, but avoid tears when the Raptors honour him.

“If I cry, DeMar [DeRozan] will make fun of me, and it’ll go viral, and all that other stuff. “So I won’t do that. The video I’m sure will be crazy, I’m sure it will be good.”

Tipoff is set for just after 7 pm ET, with the Raptors offering Lowry a tribute video prior to the game.