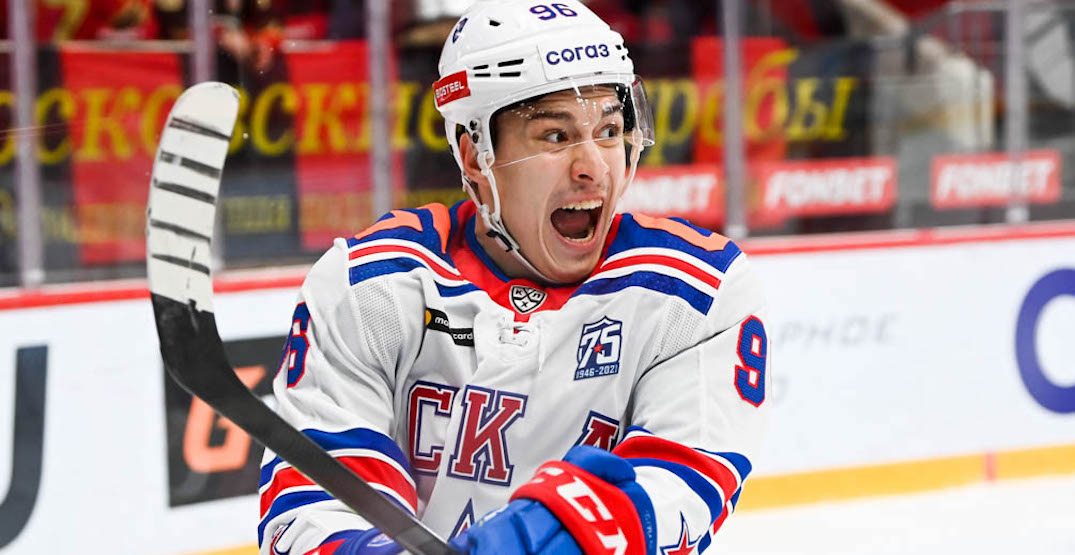 For that, he deserves a ton of credit.

The next question is, how effective will Andrei Kuzmenko be at the NHL level?

The 26-year-old finished second in KHL scoring last season, with 53 points in 45 games. The Canucks hope he’ll be able to translate that success in the NHL next season.

If he does that, he’ll actually be bucking the odds because the truth is that many KHL stars don’t work out in the NHL.

Here’s a look at some notable free agents in the last 10 years that moved from the KHL to the NHL.

While there are more Plotnikovs than Panarins, players like “The Breadman” prove that KHLers can go on to have illustrious NHL careers.

Arguably the greatest KHL free agent signing in NHL history, Panarin has gone on to average more than a point per game in each of his last five NHL seasons.

Here's a look at Artemi Panarin, one of the most successful Russian free agent signings of all time, to see how they compare. Panarin was a lot more consistent and started to make the big jumps earlier. pic.twitter.com/eodz4PYpZY

Evgenii Dadonov has seen his production dip now at the age of 33, but he’s still an effective middle-six player. In terms of size and playmaking ability, he profiles similarly to Kuzmenko.

The Canucks’ recent signee outscored Dadonov at the same age in the KHL. Dadonov posted 0.77 points per game at the age of 26 before breaking out at age 27.

Kuzmenko was more of a prolific scorer in the NHL than Ilya Mikheyev, but the latter profiles as a better 200-foot player.

During his three seasons in Toronto, Mikeyev has become a solid all-around player thanks to his defensive awareness and above average speed.

If there’s room under the cap, he’s a player the Canucks should consider signing in free agency.

Another shrewd signing by Leafs, although Alexander Barbanov would go on to play just 13 NHL games with Toronto. He was later traded to the San Jose Sharks, where his NHL career has blossomed. Barbanov was fourth among Sharks forwards in points in 2021-22.

By my count, 15 of 25 Russian free agents who have signed with NHL teams since 2013 returned to their home country after just one season in North America.

This isn’t to say that the odds are against Kuzmenko (although purely in terms of numbers, they are), but it just highlights how difficult it is for many players to adjust to the NHL.

Here’s a quick look at two of the 15 “one-and-done” players.

Sergei Plotnikov played with much more physicality than the average Russian player. That made him an attractive asset back in 2015 when he signed with Pittsburgh.

The burley Russian had a solid training camp, and earned a spot alongside Evgeni Malkin and Patric Hornqvist to begin the 2015-16 season. Unfortunately, that was his peak as an NHLer.

Plotnikov’s issue in the NHL was his lack of foot-speed. He entered the NHL right as the game was speeding up, and the pace of the game rendered his physicality useless.

Eerily enough, Plotnikov’s 37 points in 57 KHL games at the age of 25 is similar to Kuzmenko’s 36 points in 56 games at the same age. Of course, Kuzmenko broke out with 53 points in 45 games during his age 26 season this year.

Unlike Plotnikov, Vadim Shipachyov wasn’t cut out for the NHL as soon as training camp started.

Despite posting gaudy point totals in the KHL, Shipachyov never came close to showcasing his promise in the NHL. He “retired” from the NHL and returned to Russia just one month into the 2017-18 NHL season.

Vadim Shipachyov has 24 points in 10 games this season.

He would absolutely be a 2C on almost every NHL team and a 1C on a few others. Shame we never got to see him full time in the NHL. Elite player.

For this section, we’re including players who’ve spent more than one season in the NHL. Or, in the case of Danil Miromanov, the jury is still out.

This would have been the section to include Nikita Gusev in. However, he technically was never a free agent. He was drafted by Tampa Bay, traded to Vegas and then traded to New Jersey before suiting up for the Devils.

Nikita Soshnikov put up an impressive 32 points in 57 KHL games as a 21-year-old back in 2014-15. That prompted former Leafs GM Dave Nonis to sign the rambunctious young Russian to an entry-level deal.

remember when nikita soshnikov was a legitimate bright spot for the leafs pic.twitter.com/RiGj5ec1bJ

Soshnikov spent parts of four seasons in the NHL with the Leafs and St. Louis Blues. Unfortunately, he was nothing more than a fourth-line fringe player.

It’s worth noting that six of the 25 players mentioned in this article were signed by the Toronto Maple Leafs. Three of those six players went on to become impact NHLers.