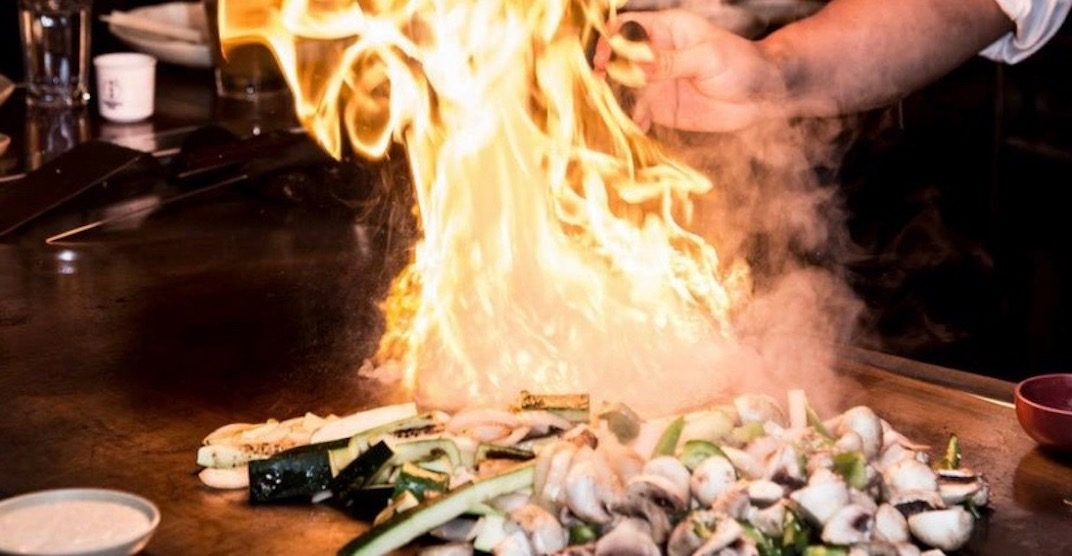 To operate a restaurant for ten years in this city is an achievement, but to do it successfully for half a century is amazing.

Kobe Japanese Steakhouse, Downtown Vancouver’s premier destination for teppanyaki, is celebration a whopping 50 years of business this month, and if that doesn’t call for a party we don’t know what does.

The 1042 Alberni Street restaurant, known for its “party at every table” vibes has some seriously exciting things in store for the month, including the Golden Dream cocktail among other to-be-announced offerings.

A post shared by Kobe Japanese Steakhouse (@kobejapanesesteakhouse) on Nov 14, 2017 at 11:03am PST

Chef Gordon has been with Kobe for 40 years. Now the head chef, he started back in 1978 as a busser and worked his way up to the top of the culinary ladder.

The teppanyaki pro was trained under former Head Chef Tseuno Yamagishi, aka the creator of Kobe’s famous ginger and mustard sauces.

A post shared by Kobe Japanese Steakhouse (@kobejapanesesteakhouse) on Aug 28, 2017 at 11:30am PDT

Chef Gordon shared some of his personal highlights from Kobe over that past four decades, be sure to make a reservation this month and create some memories at the legendary Vancouver restaurant yourself.

What’s your most memorable story or encounter with a guest?

One of my favourite memories is a few years ago a gentleman in his mid-20s was seated at my grill table and when I came up to start the dinner he pulled out his phone and showed me a picture of me and him when he was a little boy. He had come here for his birthday and it was completely random that I ended up being his chef again.

Have you ever served any celebrity guests?

Jackie Chan, various Vancouver Canucks, and a real Thai princess with all the security people.

Fire! Everyone wants to see the onion volcano and exciting flame action.

Have you ever had any interesting or funny mishaps during your time at Kobe?

We had a large rowdy group in a few years ago celebrating a birthday and they had brought in their own cupcakes. They had a big cupcake fight at the end of the dinner and it was totally crazy. There was cake and icing all over the walls and floor and it took a long time to clean up.

What is your favourite part of being Head Chef at Kobe?

Seeing happy customers come back time after time. I have many people who celebrate their birthday or anniversary every year at Kobe and it’s an honour to be a part of their traditions.