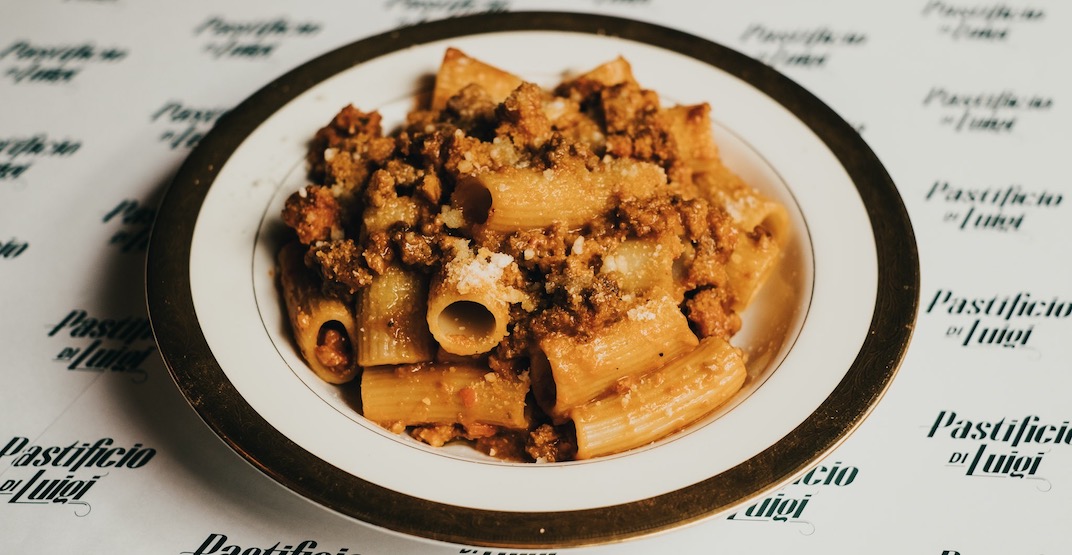 Times are a-changin’ and so is the location of Vancouver’s charming little pasta factory, Pastificio Di Luigi (Luigi’s Pasta Factory). The concept will officially be moving to another downtown space this week.

The Kitchen Table Hospitality Group is relaunching the Giovane Café inside the Fairmont Pacific Rim Hotel, and that means the pasta-pop up is moving from Gastown’s Pourhouse and setting up shop at the Coal Harbour eatery.

In addition to being a new temporary home for Pastificio Di Luigi, the Giovane Cafe will be eventually be renovating the downtown destination. So expect some more delicious changes down the line.

“This is not just the latest evolution for Kitchen Table, but for Giovane as well,” says Kitchen Table Executive Chef Alessandro Vianello.

“We’re excited to embark on this first stage and can’t wait to introduce our guests to our fully realized vision for the space (Giovane Cafe) sometime next year.”

The Giované Cafe will officially open under its new ownership on August 28.