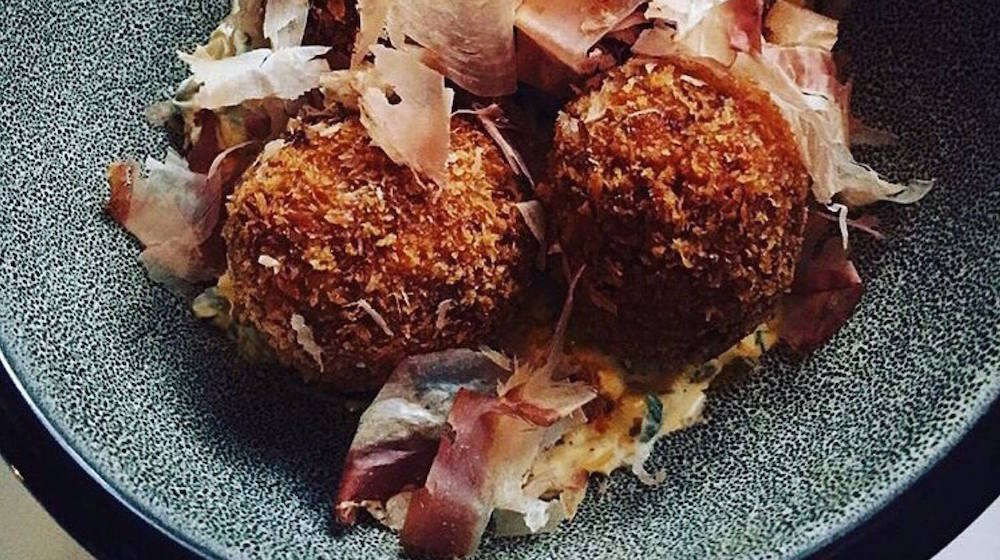 If Vancouver’s dining scene had a cap, well, Air Canada’s enRoute just stuck a feather in it. But they didn’t call it “macaroni,” they called it Kissa Tanto. And Kissa Tanto happens to be the restaurant named #1 for 2016 on the annual list of Canada’s Best New Restaurants.

The Top 10 was determined by food writer Andrew Braithwaite, who basically went on a coast-to-coast eating binge for a full month to select winners from the nominated restaurants. (Poor guy!)

And so Vancouver’s Kissa Tanto, a Japanese-Italian spot from the same team behind the popular French-Chinese Bao Bei (which nabbed second in the awards in 2010).

Here’s what Braithwaite says of Kissa Tanto: “When the sun sets in Chinatown, Kissa Tanto’s glossy ceiling shimmers like a rain-slicked Vancouver street. Tannis Ling and chefs Joël Watanabe and Alain Chow prove that Italy and Japan are natural bedfellows, from tajarin egg pasta tossed with butter-and-Marsala roasted shiitake and porcini to a tofu-and-mascarpone tiramisu that could bring a ninja’s nonna to tears.”

But Kissa Tanto isn’t the only Vancouver joint in the prestigious Top 10; Savio Volpe comes in at a respectable 10th. Victoria’s Agrius lands at 4th place.

Noteworthy this year is the fact that Toronto only managed to get one spot on the Top 10, Alo. Chef Michael Smith’s ambitious all-fire cook method dining experience at the Inn at Bay Fortune, FireWorks, is ranked 3rd, and much of the middle is devoted to Quebec City and Montreal.

Sadly off the list this year is a Calgary restaurant; in 2015 YYC’s Pigeonhole came in first, while Vancouver’s sole awardee was AnnaLena, in 6th place.

“The top restaurants in our 2016 ranking are influenced by community, and they create an experience that diners can really become a part of,” said Jean-François Légaré, editor-in-chief, Air Canada enRoute.