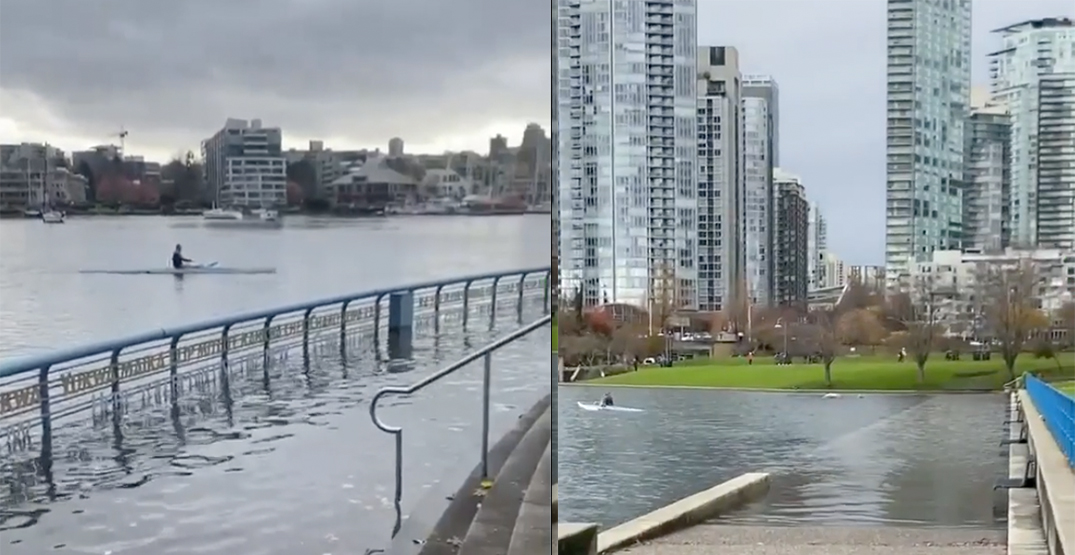 Sections of the seawall surrounding Vancouver’s Yaletown and Kitsilano neighbourhoods were submerged Tuesday morning, much to the surprise of locals who enjoy walking along the waterfront path.

Sections of the seawall in David Lam Park were under several inches of water, leaving a wire fence meant to protect pedestrians sticking out of False Creek.

“You could dock a boat here,” Linds Rosso said in a video posted to Instagram, where a kayaker paddles next to the underwater path.

A Reddit user also shared a photo of huge puddles along the seawall near Kits Pool, attributing the excess water to a larger-than-normal king tide.

King tides are extremely high tides that happen twice a year when the sun and the moon’s gravitational forces reinforce each other.

Daily Hive has reached out to the Park Board for more information on the waterlogged seawall but has not yet heard back.

This section of the seawall in Yaletown has been drowned by a king tide before — most recently in November 2018.