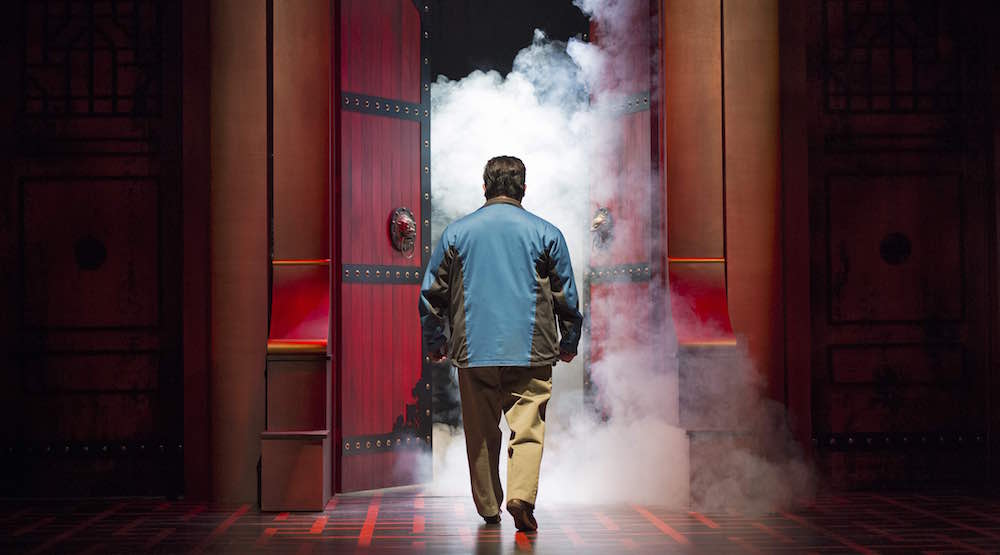 King of the Yees is a play about cultural and generational divide, set in the backdrop of San Francisco’s gentrifying Chinatown. Widely praised for its cast of all-Asian actors, the show was a sign of the times – a step forward in addressing the ethnicity gap within local theatre, and beyond.

While the production was certainly beautifully staged and presented, the story ultimately failed its own mission statement: to bridge the gap between generations, cultures, and even within its own audience.

Written by up-and-coming SF playwright Lauren Yee, King of the Yees was poised to become a mainstage landmark for Gateway Theatre. It was, after all, the Canadian premiere, coming hot on the heels of Chicago-based Goodman Theatre’s inaugural showing last year. 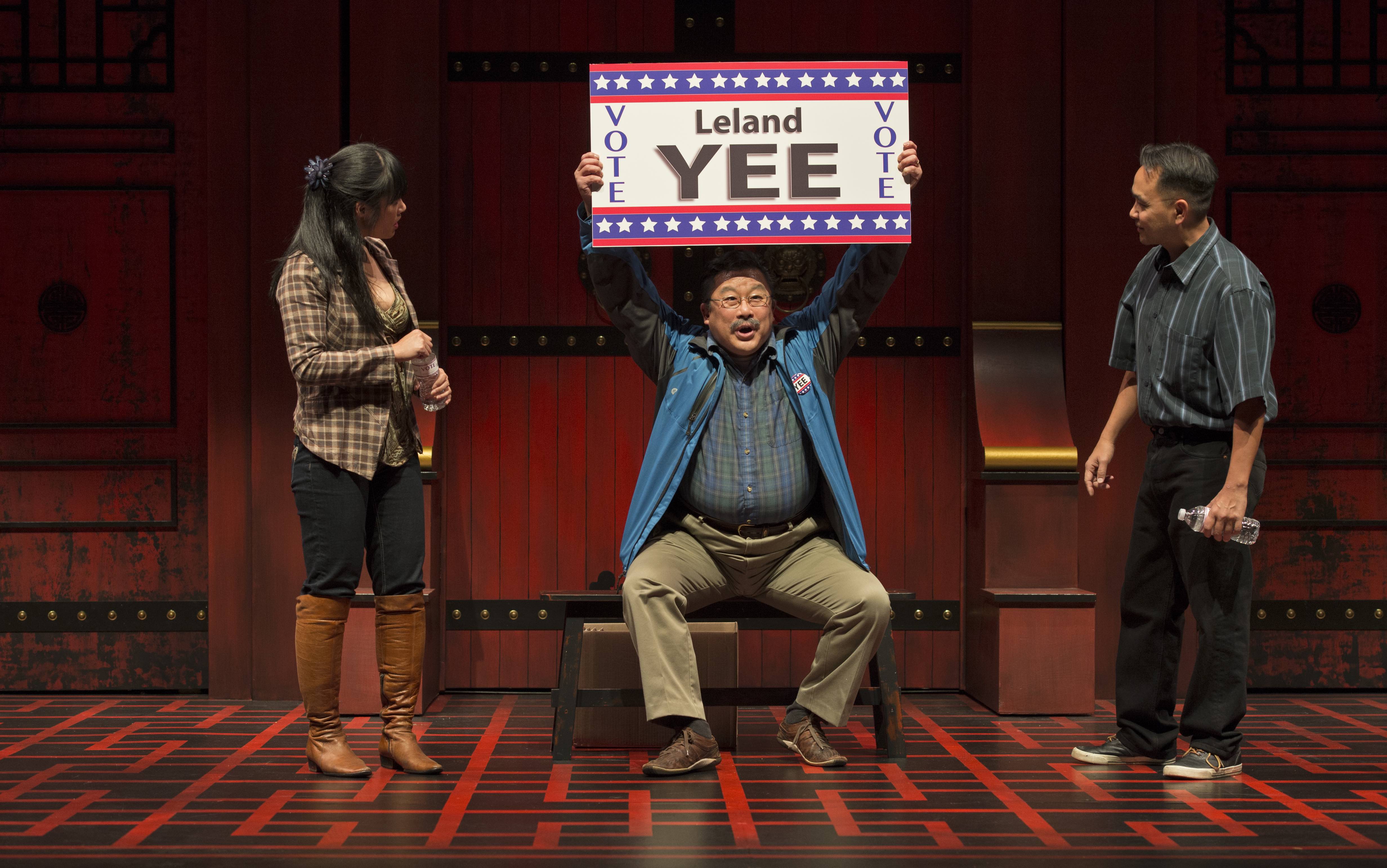 The first half started promisingly enough, with the real ‘king’ of the show, Larry Yee (Gateway’s Jovanni Sy) crashing his playwright daughter’s two-hander rehearsal. To Lauren Yee’s (Andrea Yu) familiar mix of embarrassment and resignation, Larry benignly takes over the show, handing out water bottles and an impromptu lecture on the Yee family association.

There were some great bits of Cantonese dialogue when, translated into English for the “white, they’re all white” audience, purposefully lost all of their charm – pretty much exactly what happens in real life.

The rest of the cast was equally as strong, with Milton Lim, Donna Soares and Raugi Yu leaping into an eclectic mix of supporting personalities, costumes and accents. Especially memorable were Soares and Yu in a series of comedic asides on ‘proper’ Asian accents, cultural belonging and the pressure to have kids. Yees felt strongest here, reframing those second-generation issues through laughter, to point out just how ridiculous (but also perfectly valid) it was to balance between two cultures.

The first odd note came in the form of a few rapid-fire questions from staged audience members, touching briefly on San Francisco Chinatown’s gentrification, the relevance of the (men only) family associations, and even the show’s own limited level of access to a Chinese audience. All very pertinent, if self-referential questions, but such quandaries were quickly cast off for flashier fare (cue the lion dancer and erhu player). 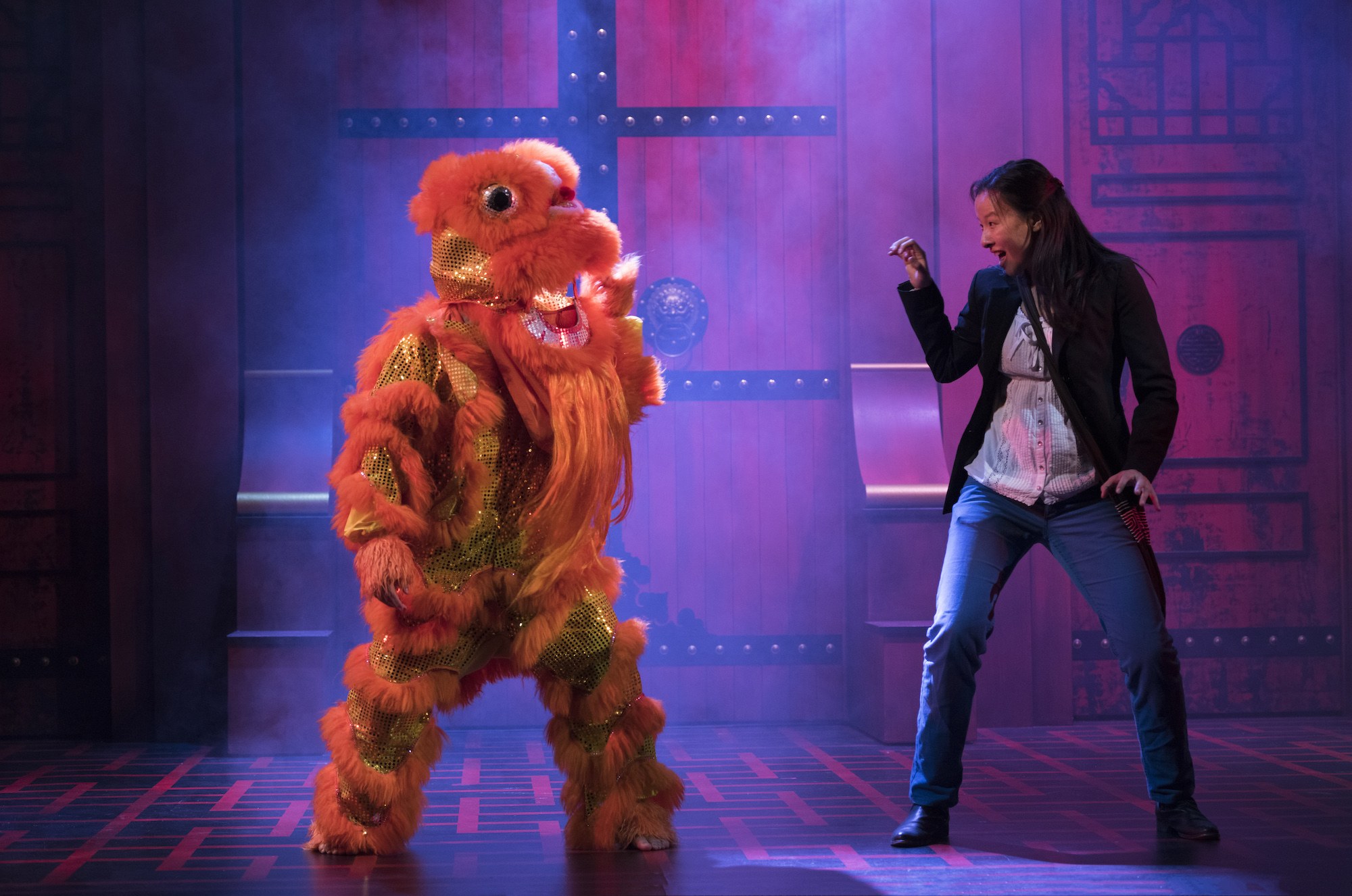 If the first round gave questions but few answers, the second went entirely off the rails as Lauren embarks on a quest to find her father on the streets of Chinatown. By benching Larry for most of Act Two, the play hamstrung its most promising core dynamic. All intrigue and groundwork of the first hour was abandoned, as any semblance of lazy criticism gave way to flashy costumes, quasi-Eastern mythology, and a parade of stereotypes that Yees had just finished dissecting, minutes before.

As much as I yearn to see more diversity on Vancouver’s stages, creating and shaping our stories of tomorrow, it’s got to be something different from the old guard. What is unique about the Asian-American immigrant experience, and why should we put it on stage? Why set the story in San Francisco’s Chinatown, but give but a throwaway mention of the area’s gentrification problems? And why does the Yee ancestor sound like Eddie Murphy’s Mushu, lifted straight out of Disney’s (1998) Mulan?

I remember a particular moment of uncomfortable truth within Yees, in a skit on ethnic marketing. Asians, one of the actors proclaims, are the true invisible minority, since they have no discernible preferences and are therefore always lumped with the Caucasian group for marketing purposes.

You could say the same about King of the Yees, trying to blend in and stick out at the same time, but not accomplishing enough of either.