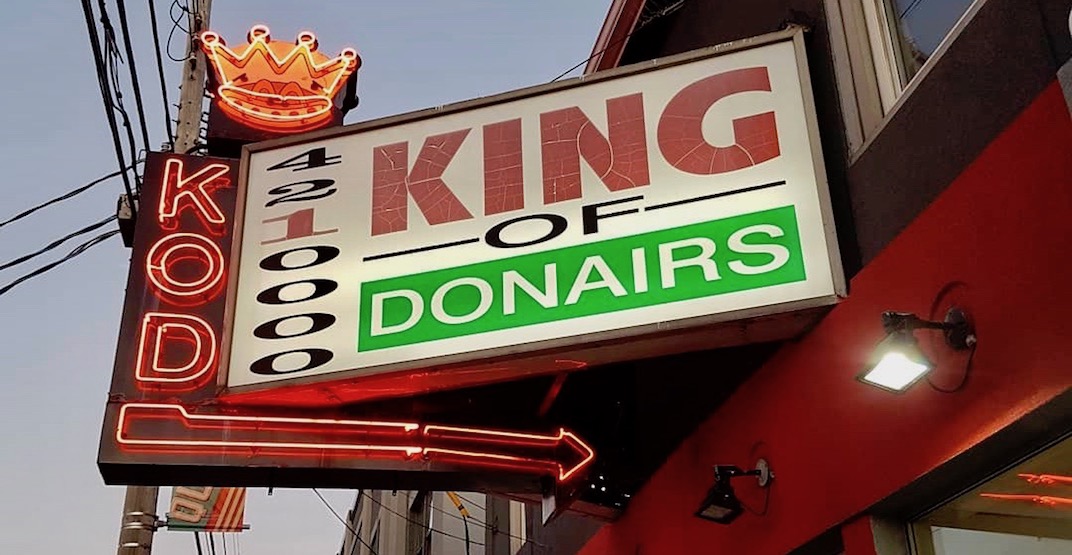 We had a hunch legendary Halifax eatery King of Donair was coming to Vancouver, but we didn’t know it would be looking for outposts in Victoria and Kelowna too.

Nicholas Nahas, one of three brothers that own the iconic spot for Nova Scotian donairs, told Daily Hive via phone that he’s currently got a team on the ground in BC looking for locations for the Canadian mini-chain in all of the aforementioned cities.

This expansion to the West Coast will come after KOD open their Edmonton and Grand Prairie locations in Alberta, which are opening this summer.

Nahas told us the eatery is looking for franchisees and aiming to have at least one location open by the end of 2018.

We’ll keep you posted when locations are confirmed.