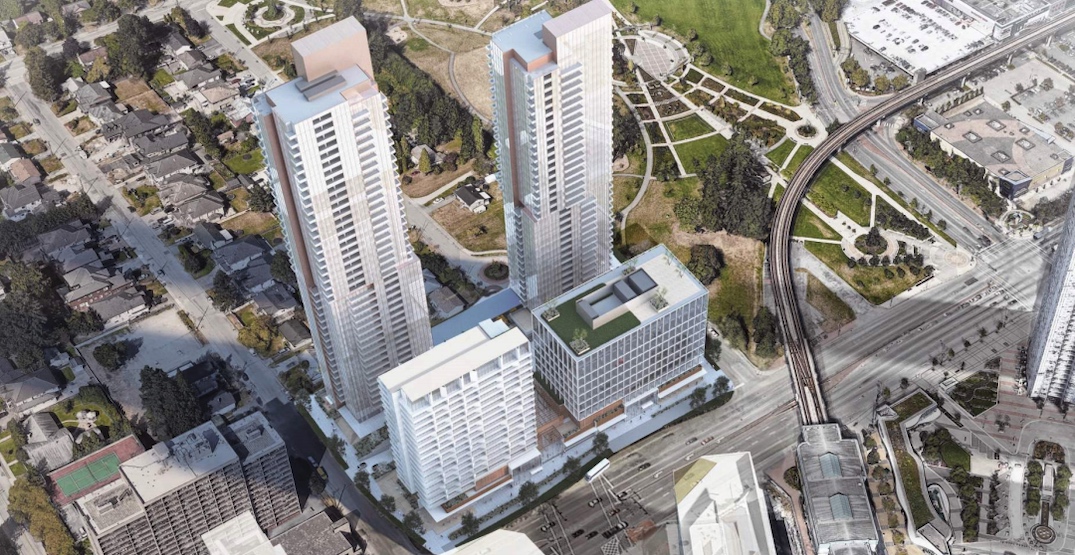 The high-density cluster around SkyTrain’s King George Station will intensify even further, with a new four-tower, mixed-use development planned for a large site across the street. 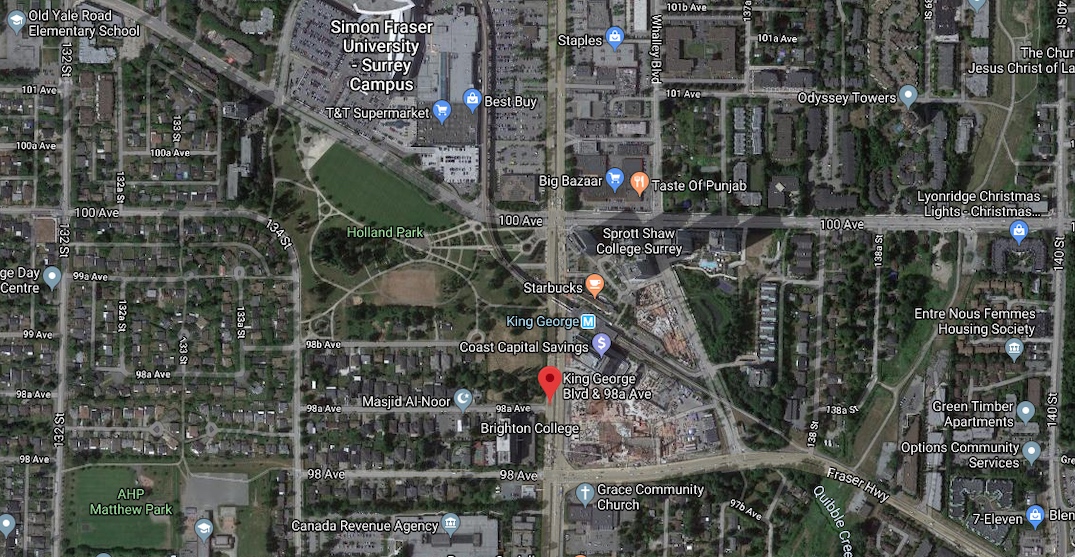 On the eastern portion of the site, there will be a 213-ft rental housing tower with 19 storeys, and a 161-ft office tower with 11 storeys. Both towers on the eastern edge will provide King George Boulevard with a retail frontage. 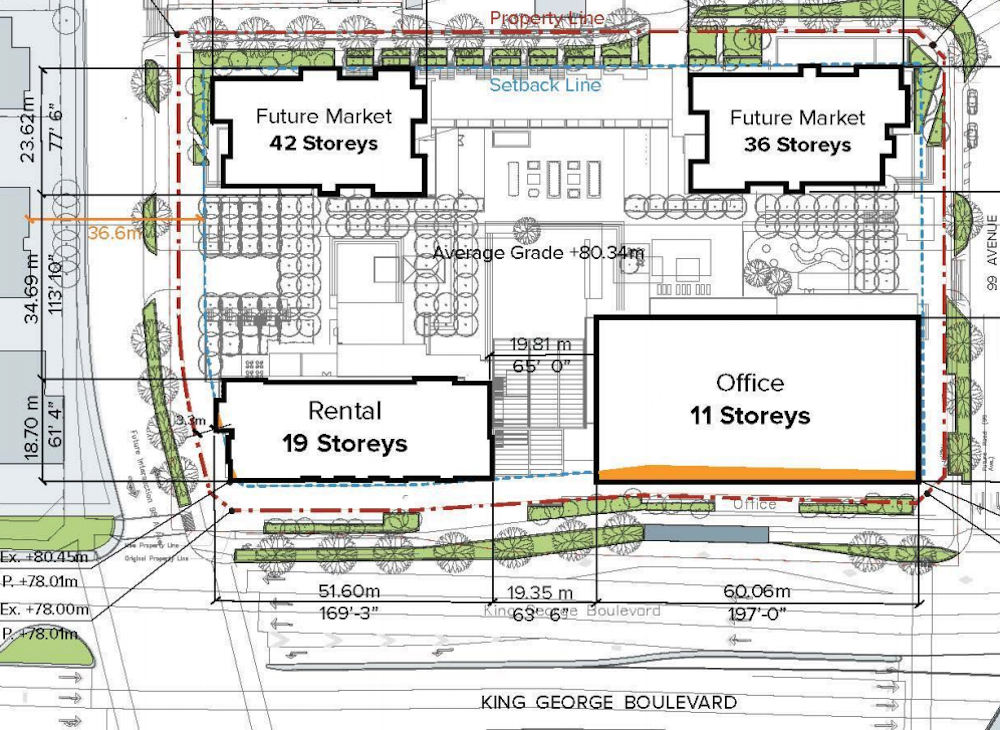 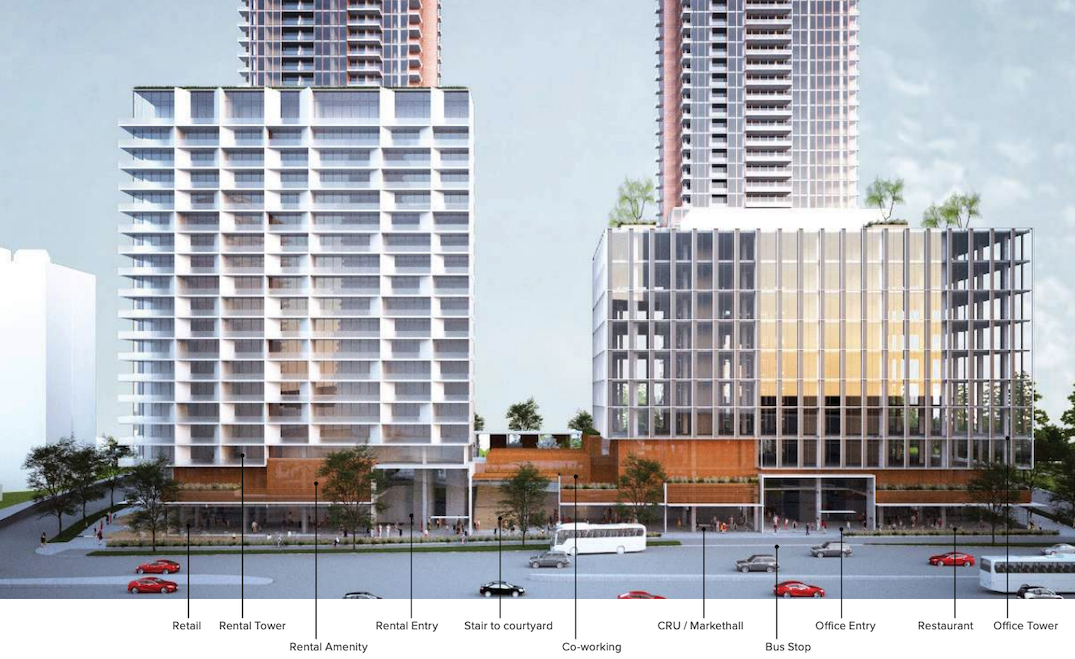 The buildings are organized around a large central courtyard above the podium, which is accessible to the public. Most of the 23,400 sq. ft. of indoor amenity space is located on this courtyard level, including a fitness centre, community kitchens and social gathering spaces, a games room, and co-working space.

This courtyard also carries the bulk of the 33,000 sq. ft. of outdoor amenity space, such as a central green that serves as an outdoor flex space, an edible garden, a greenhouse, and outdoor seating areas.

A 4,100-sq-ft childcare facility is also located atop the podium in the courtyard.

Down below, the commercial spaces entail a mix of smaller retail units, a double-height restaurant, and a large market hall for mainly smaller food vendors. A grand staircase will lead from the market hall on King George Boulevard up to the central courtyard. 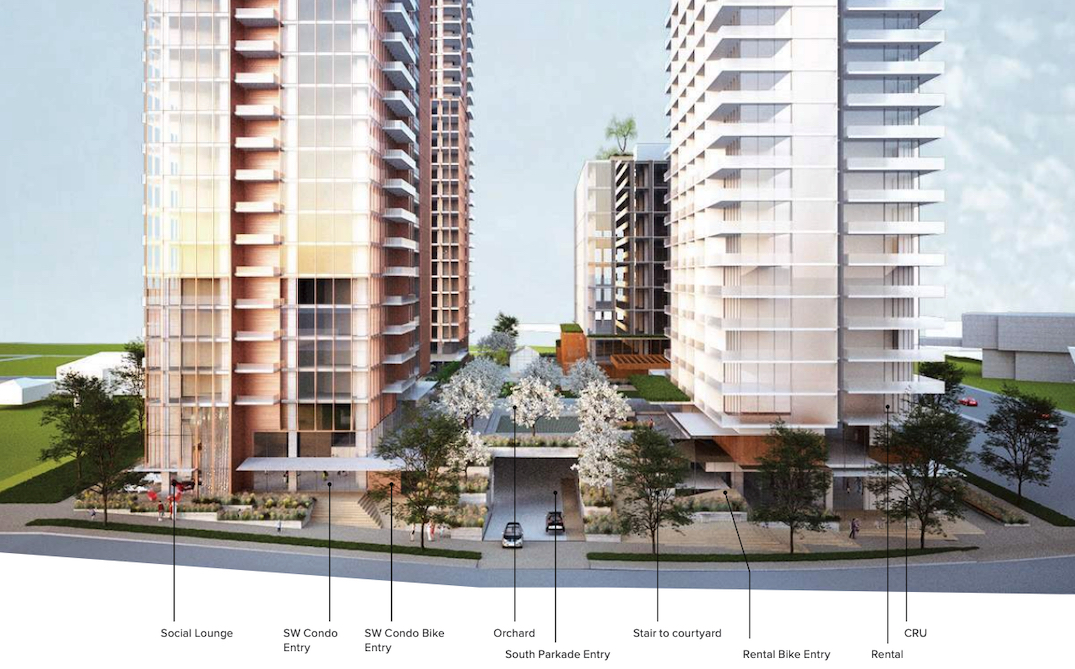 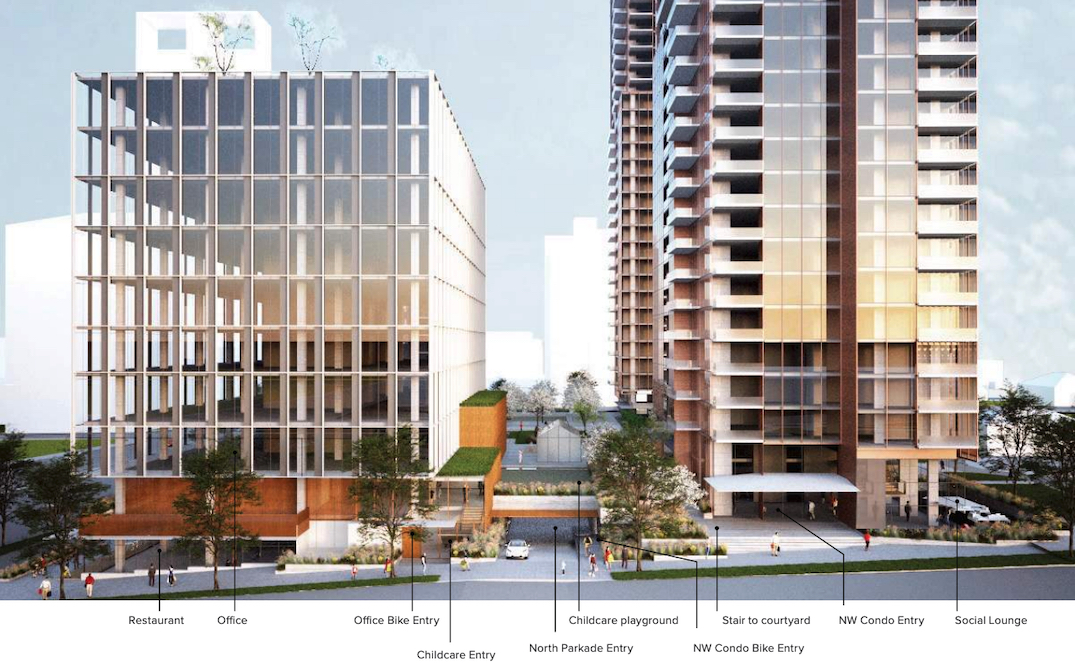 “The market residential towers are in a ‘slab’ form, shaped to emphasize their verticality. The towers are oriented with the slender massing presenting to the north and south in order to minimize shadow impacts on Holland Park,” reads a City of Surrey staff report.

“The rental and office buildings provide a simpler, shorter ‘slab’ form similarly oriented with the slender massing presenting north and south. The intent is to create a strong urban street wall enclosure along King George Boulevard.”

Public realm improvements include an eastward extension of 98B Avenue along the north property line of the site. 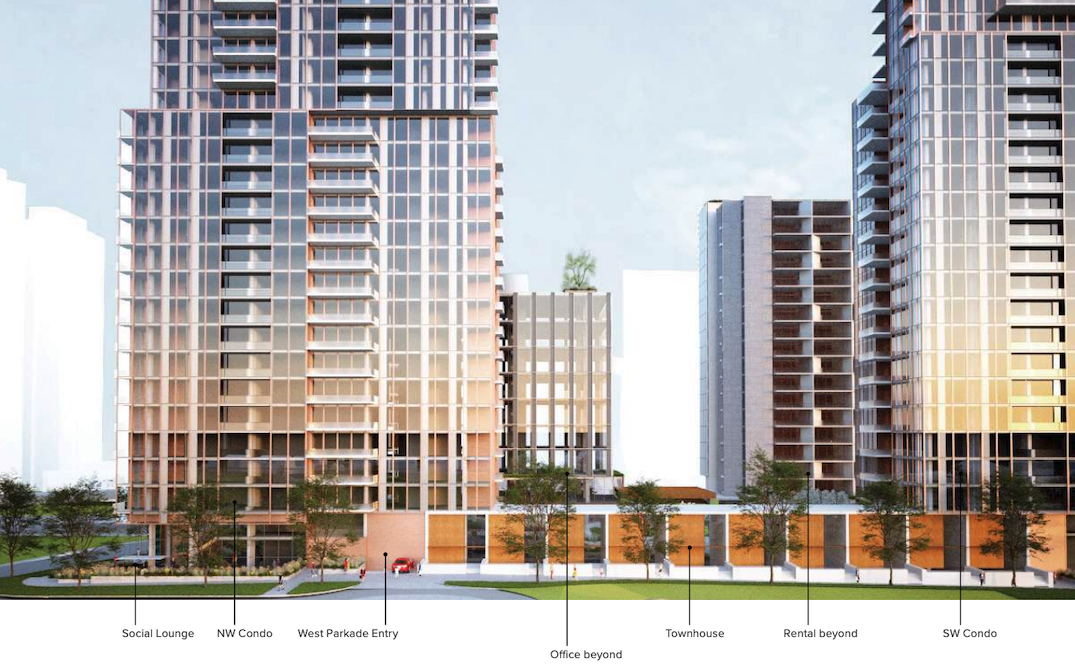 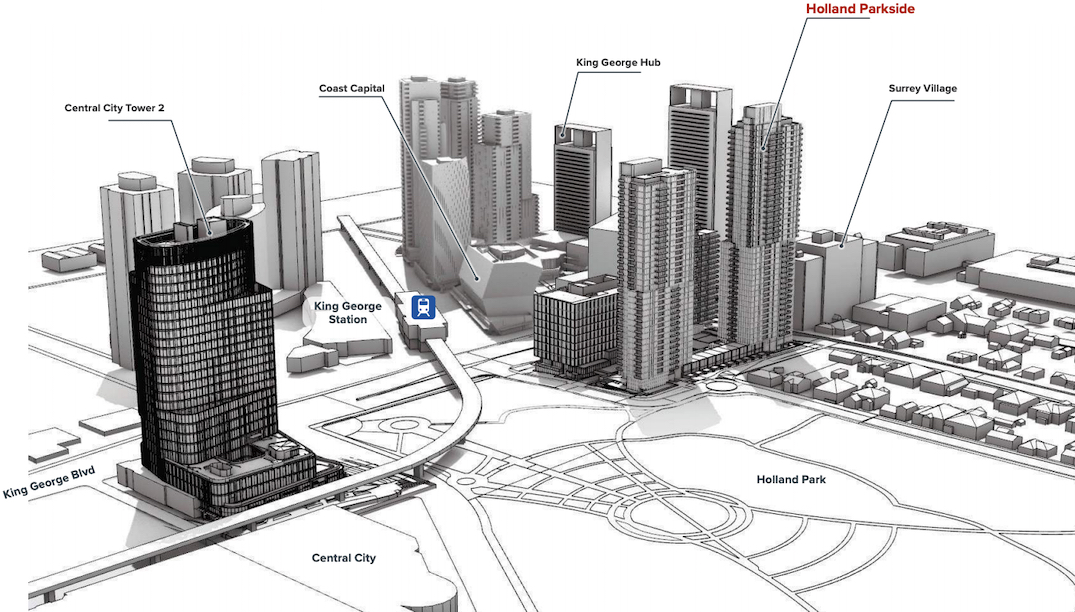 The development’s total floor area is 1.053 million sq. ft., providing the project with a floor area ratio (FAR) density of 6.6 times the size of the lot.

In exchange for city council’s approval, the developer is required to provide $1,000 per residential unit to support the municipal government’s fund used to acquire land for affordable housing projects. There will also be an additional $1,000 per condominium unit community amenity contribution for the density bonus of 1.1 FAR.

Another requirement is a public art contribution at a rate of 0.5% of the project’s total construction cost.

This will be a multi-phase development, with the first phase including the rental housing tower and a portion of the commercial spaces slated to reach completion in Summer 2024.

Given the ongoing pressures of Surrey’s school system to accommodate the city’s population growth, such residential development projects forecast the increase in school capacity that is required to better meet demand.